Kentucky Wounded Heroes provides a special retreat for our heroes - men and women who need a safe place to heal, both physically and emotionally. 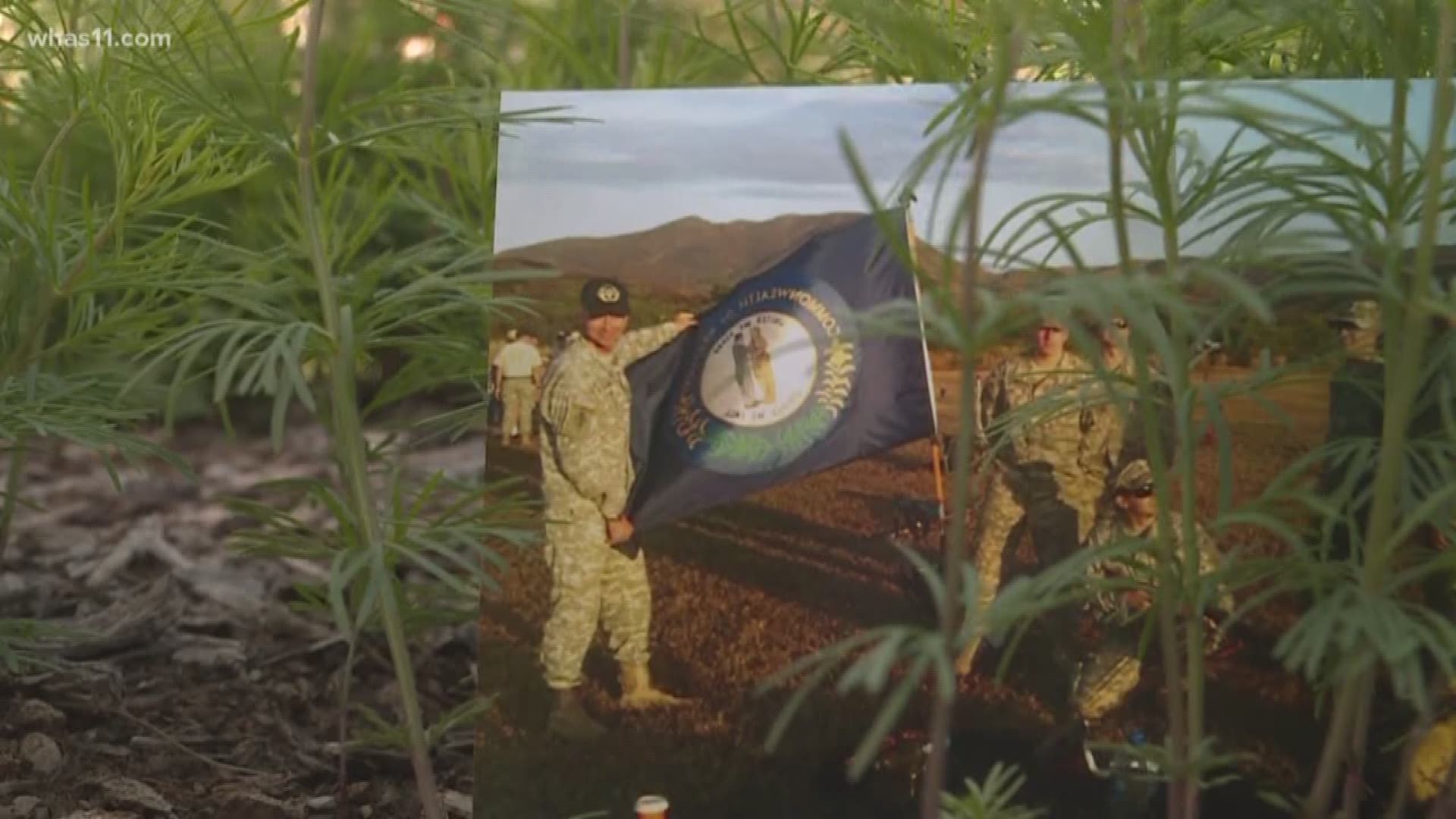 LOUISVILLE, Ky. — A local support group is empowering wounded veterans and emergency responders across the country. Kentucky Wounded Heroes is a non-profit based out of Middletown. It's staffed by volunteers like Rocco Besednjak, who knows what it's like being wounded in the line of duty.

"Every day is a struggle just to get past the pain," Besednjak said.

He's a retired Shepherdsville Police officer. His last traffic stop made headlines in 2016 when the woman behind the wheel of a car decided she didn't want to go to jail that day. She hit the gas, with Besednjak hanging out of the car door.

He was dragged down the road about 60 feet before he fell to the pavement. The injuries he suffered to his back and spine ultimately ended his career.

"I got real depressed, because not only was I losing a job or career, I was losing my identity. I was a police officer," Besednjak said.

"Everyone's the same as you, hurt one way or another, physically or mentally," Besednjak said.

Chuck Reed founded the non-profit about 12 years ago, but his service to our community and those who protect it spans decades.

"Uncle Sam has had me for roughly 40 years," Reed said.

He's a former Marine, Kentucky State Trooper and National Guardsman and in 2007, when many of our men and women were coming home from the Middle East, he stepped into a new role.

"We started seeing them all over the state wounded, shot, cut, shrapnel wounds, IED situations. We decided as a small group of us that we needed to do something to give back," Reed said.

The organization became an outlet for injured veterans and first responders.

"They see so much we just don't realize," Daniel Wright, a Vietnam veteran said.

"I was wounded twice," David Dentinger, another Vietnam veteran said.

Dentinger is a two-time purple heart recipient who served just four months in Vietnam before a grenade toss almost ended his life.

"Just as it left my hand, it exploded. It burnt my whole left side," he said.

He was burned over 35 percent of his body. His hand was reconstructed by a medical team in Fort Knox. Dentinger was later awarded the Distinguished Service Cross for his actions that day.

"I just didn't talk about it. I put it in the past," Dentinger said.

Don Parrish spent a year in Vietnam with the Kentucky Army National Guard.

"It's been 50 years, which is hard to imagine," Parrish said.

His artillery unit from Bardstown suffered one of the worst casualties from any town during that war.

"The impact of all of that has been everlasting. I think about it every day," he said. 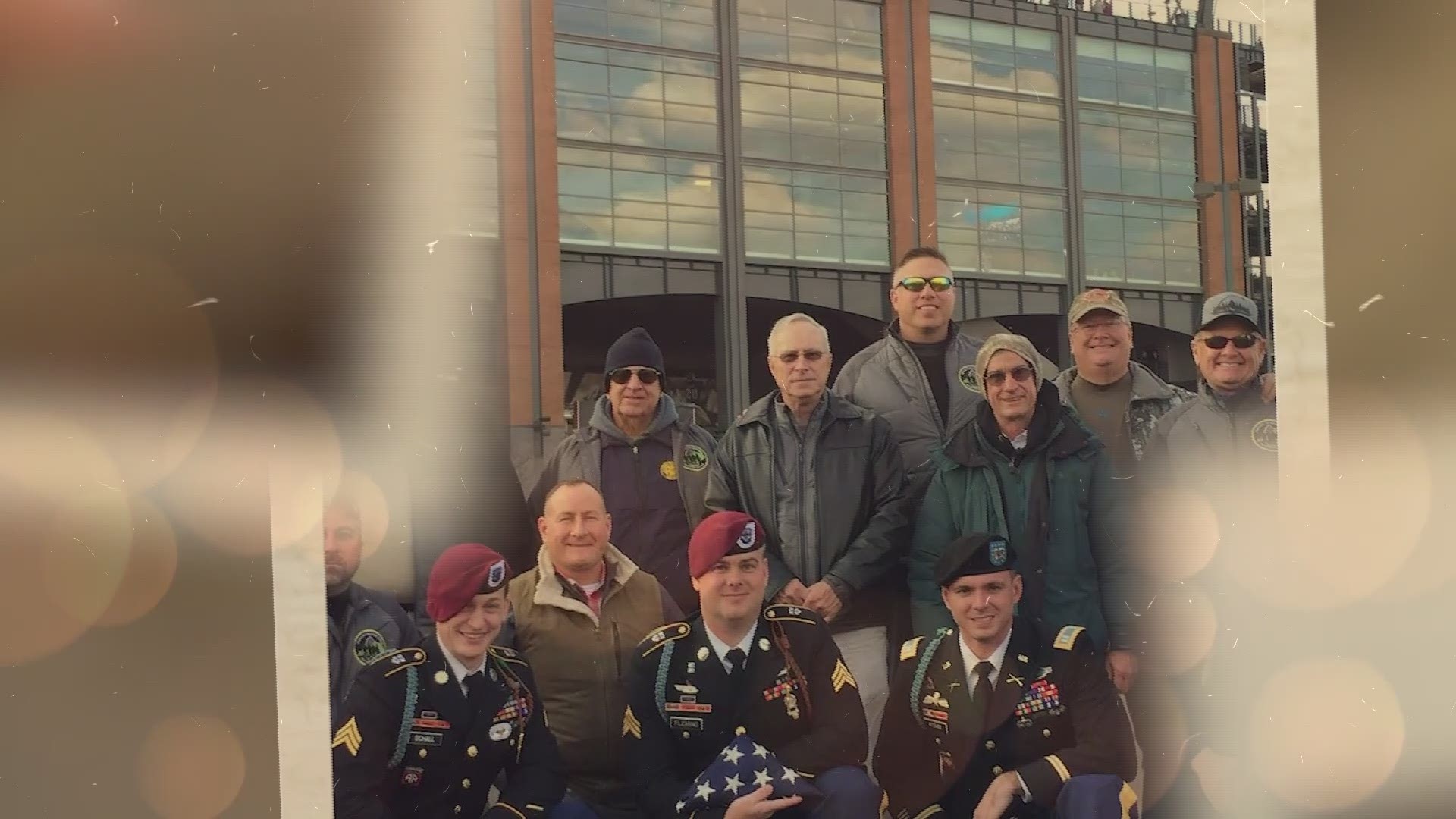 However, talking about these experiences is another story.

"If you haven't been there, you just don't understand," Dentinger said. That's where Kentucky Wounded Heroes helps.

"It actually felt like I was a part of something again," Besednjak said. "You realize you're not alone. That's the biggest thing. You realize other people are going through the same thing."

"They tell each other things they don't tell their wives, their girlfriends, their family members," Reed said.

You can call it outdoor therapy. Throughout the year, staff have led groups on fishing trips to Alaska, deer hunts, canoeing, and meet and greets with the Duck Dynasty crew or attending sporting events, our Wounded Heroes are building lasting friendships and finding healthy ways to heal. These events are life-changing and invaluable to those who have served and sacrificed.

"It is very healing," Dentinger said.

"It costs a lot of money and a lot of generous people have been funding this," Parrish said.

"Just seeing these guys who've been through so much, smile and have a good time, is payment enough," Besednjak said.

"You're alive. You owe it to the people who died to make the most out of what you do have, because no matter how much you're wounded, you have a chance to live," Dentinger said.

"I just got a long letter, an email from a guy I took down to Florida and he thanked me, because he'd been suicidal a couple times and pretty much said I'd changed his life taking him down there," Besednjak said. "That's more important to me than anything. Knowing I've helped someone else and possibly saved someone else from going down that road."

You can make a donation to Kentucky Wounded Heroes on their website.