During a Saturday night press conference, Mayor Fischer said those who were arrested failed to disperse. 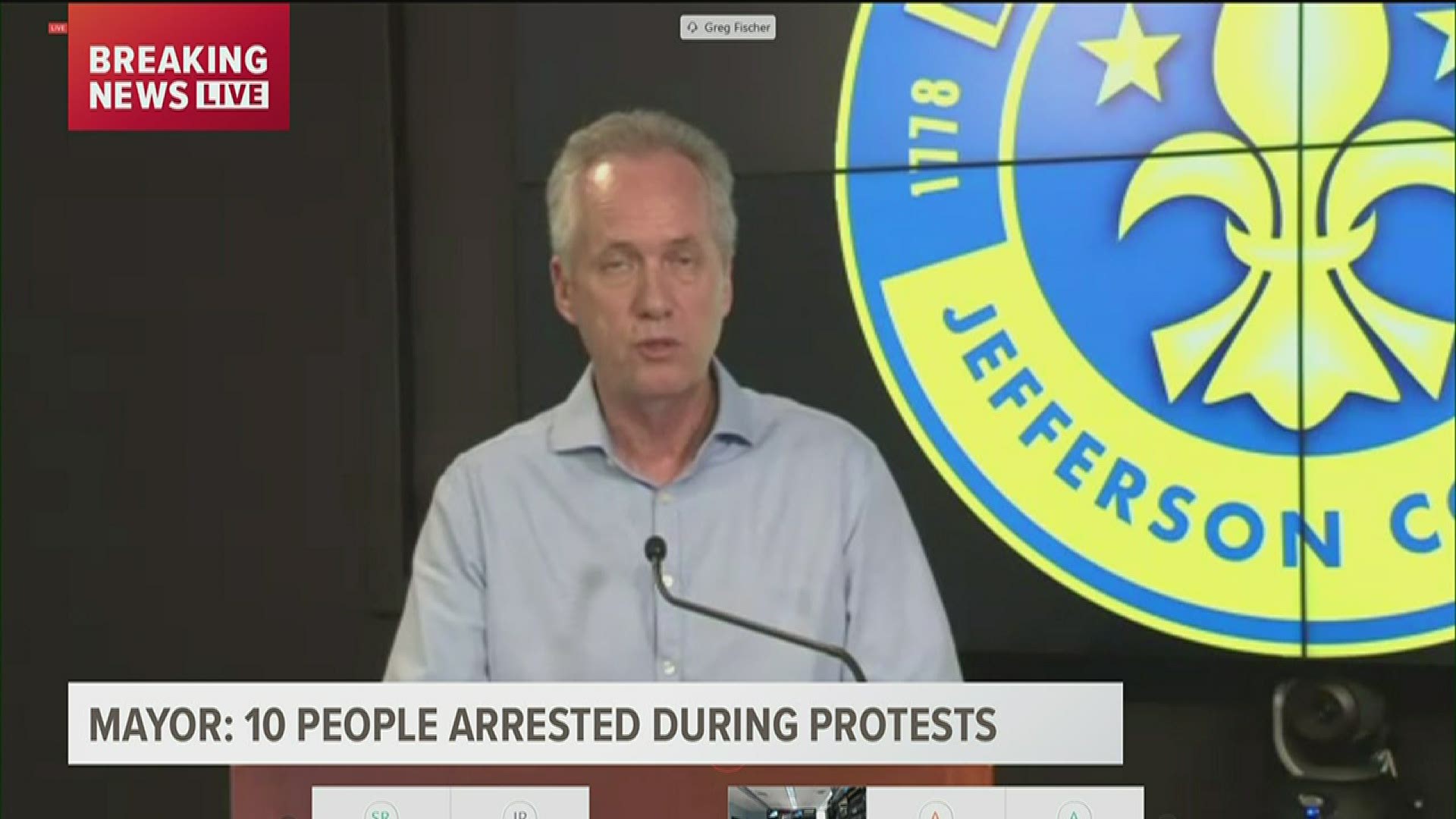 LOUISVILLE, Ky. — Louisville Mayor Greg Fischer says 10 people have been arrested following the third night of protests in wake of the March shooting of Breonna Taylor.

During a Saturday night press conference, Mayor Fischer said those in custody disregarded orders to disperse.

He said as officers worked to move crowds, some tear gas was deployed.

Two major groups, the mayor said, were located in the vicinity of Bardstown Road and Baxter Avenue corridor and one in the central area of downtown Louisville.

Mayor Fischer said there were some small groups like Friday night that had weapons including, long guns, sticks and flammable materials. He said police were able to seize some of those materials.

He thanked Louisvillians not protesting for staying home and abiding by the dusk-to-dawn curfew and said it made a huge difference.

“I want to thank all of those who came out tonight and today and protested peacefully, expressing your concerns about the tragic death of Breonna Taylor and the state of America today.”

Mayor Fischer says he understands, and he hears the community’s frustrations and high emotions when it comes to the incident.