The Supreme Court nixed the citizenship question on the Census. This woman just got one in her mailbox

“I am a natural born citizen, but I object to having the question on the Census test,” Debbie wrote us. “So, what’s going on here?” 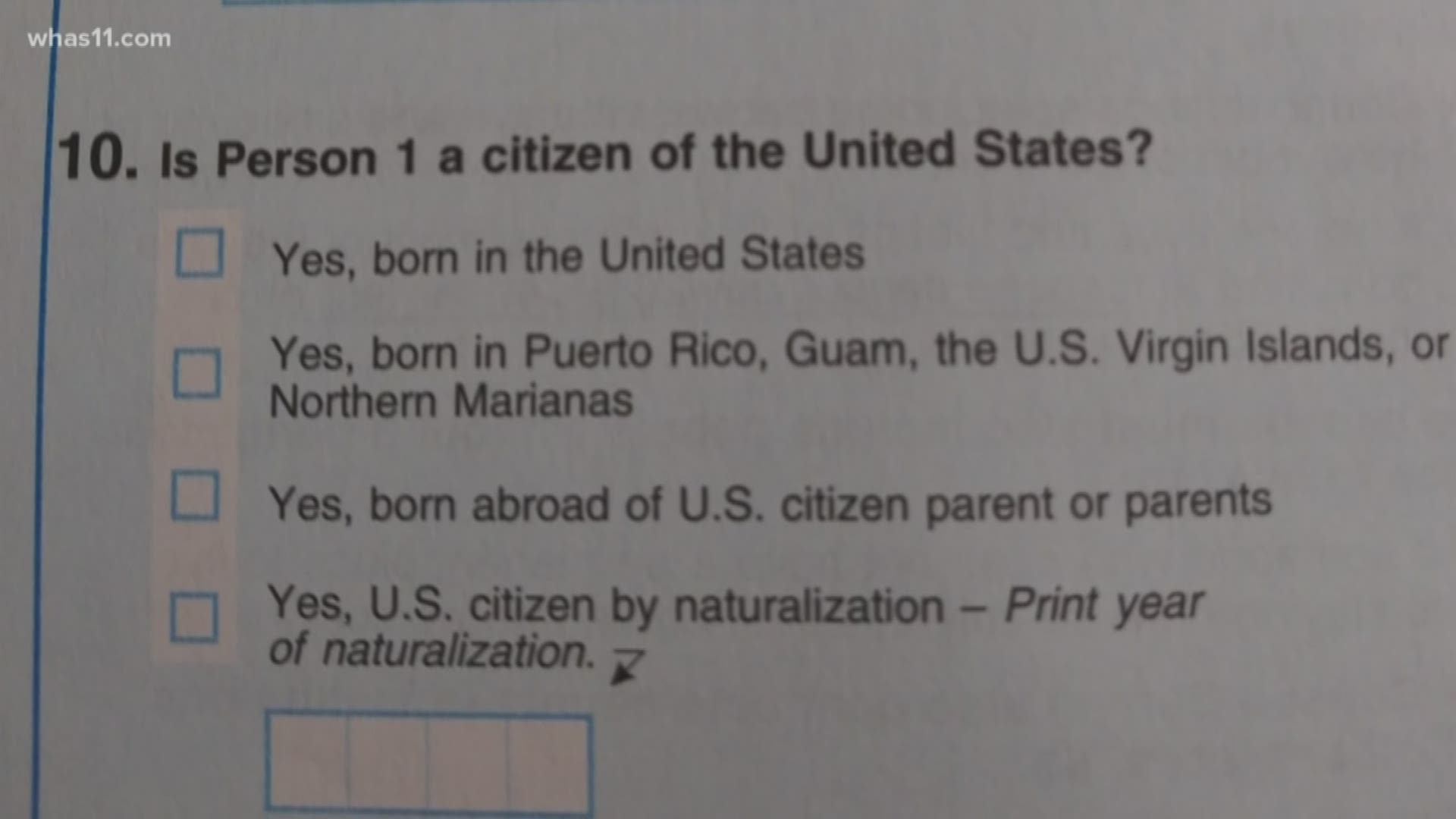 LOUISVILLE, Ky. — The Supreme Court told the Trump Administration in June that a citizenship question on the 2020 census was a no-go. And yet, a woman here in Kentuckiana opened her mailbox to find a Census form with that very question printed and waiting to be filled in.

“I am a natural born citizen, but I object to having the question on the Census test,” Debbie wrote us. “So, what’s going on here?”

Great question. First, though, let’s recap how we got here.

The Census is every 10 years; so, in 2020 the Census Bureau is going to send out forms across the United States to get a count of who all is living here. The Trump Administration wanted to add a question this time around asking respondents of their citizenship status. This received backlash, with many people worrying that undocumented people would be scared out of filling out the form. The Supreme Court ruled in June that the justification for the question offered by the Trump Administration wasn’t good enough; but, it left the door open in the future for the administration to come back with a better reason.

So, back to Debbie’s question: if the Supreme Court said no, why did this show up in her mailbox?

As she points out in her question, this isn’t a form for the actual Census count. This is a test form. The Census Bureau sent out about a half million of them, some with the citizenship question and some without it. They wanted to see if having the question on the form would actually depress response numbers. This test was never before the Supreme Court. It was created before the decision came down, and isn’t impacted by it anyway.

This whole thing is a controversial issue, and it’s probably not going away, but here’s something to keep in mind: federal law bans the Census Bureau from sharing identifiable information for 72 years after being filled out. That means your response to a question about citizenship on either a test Census form or a real one can’t be given to law enforcement—or anyone else—for a very long time.