Modern homes burn faster than older ones. Here's why

Modern furniture looks cool, but could create more of a fire hazard than older pieces. But, that doesn't mean that newer homes are bound for disaster. 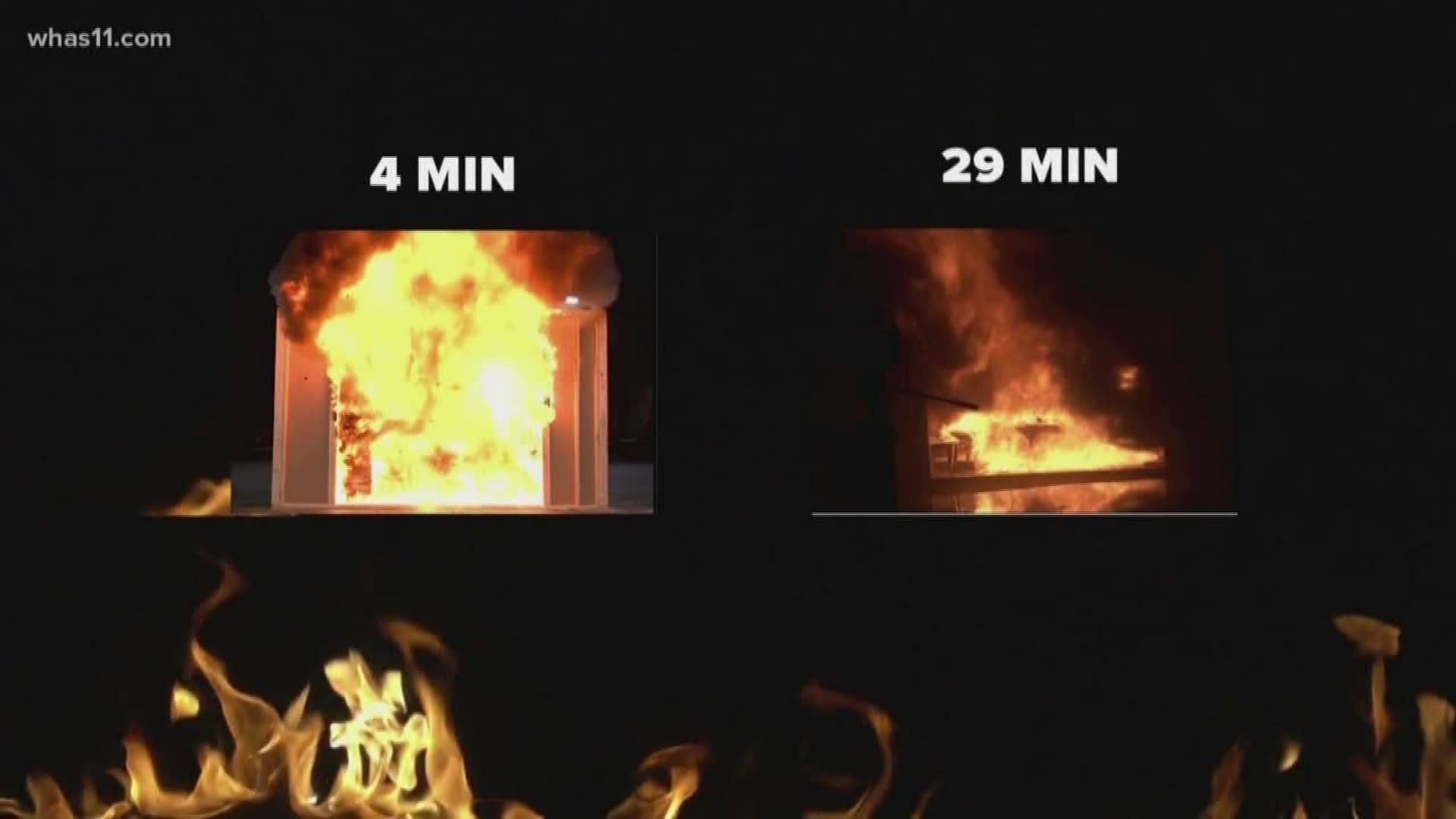 LOUISVILLE, Ky. — Addressing the media from the scene of a condo fire in Fern Creek, Fire Chief Mike Schmidt said this:

“Today’s construction burns much faster than older homes. Newer construction is going to burn much quicker and easier due to the light weight of it.”

A big reason for this is the furniture inside, and what it’s made out of. There are more synthetic materials used in homes today, and synthetic materials tend to burn a lot faster than organic ones (There are also concerns they release more carcinogens in the process).

However, it’s not all bad news for 21st-century homes; even though they burn faster, they’re actually less likely to burn in the first place. According to the National Fire Protection Association, there were about twice as many structure fires in 1977 than there were in 2015. Things like stricter fire codes, better wiring, increased public awareness, and lower smoking rates are helping to make structure fires less common.