McDaniel Bluitt's program serves as an avenue for children to showcase their talent and to be engaged in the community in a positive way. 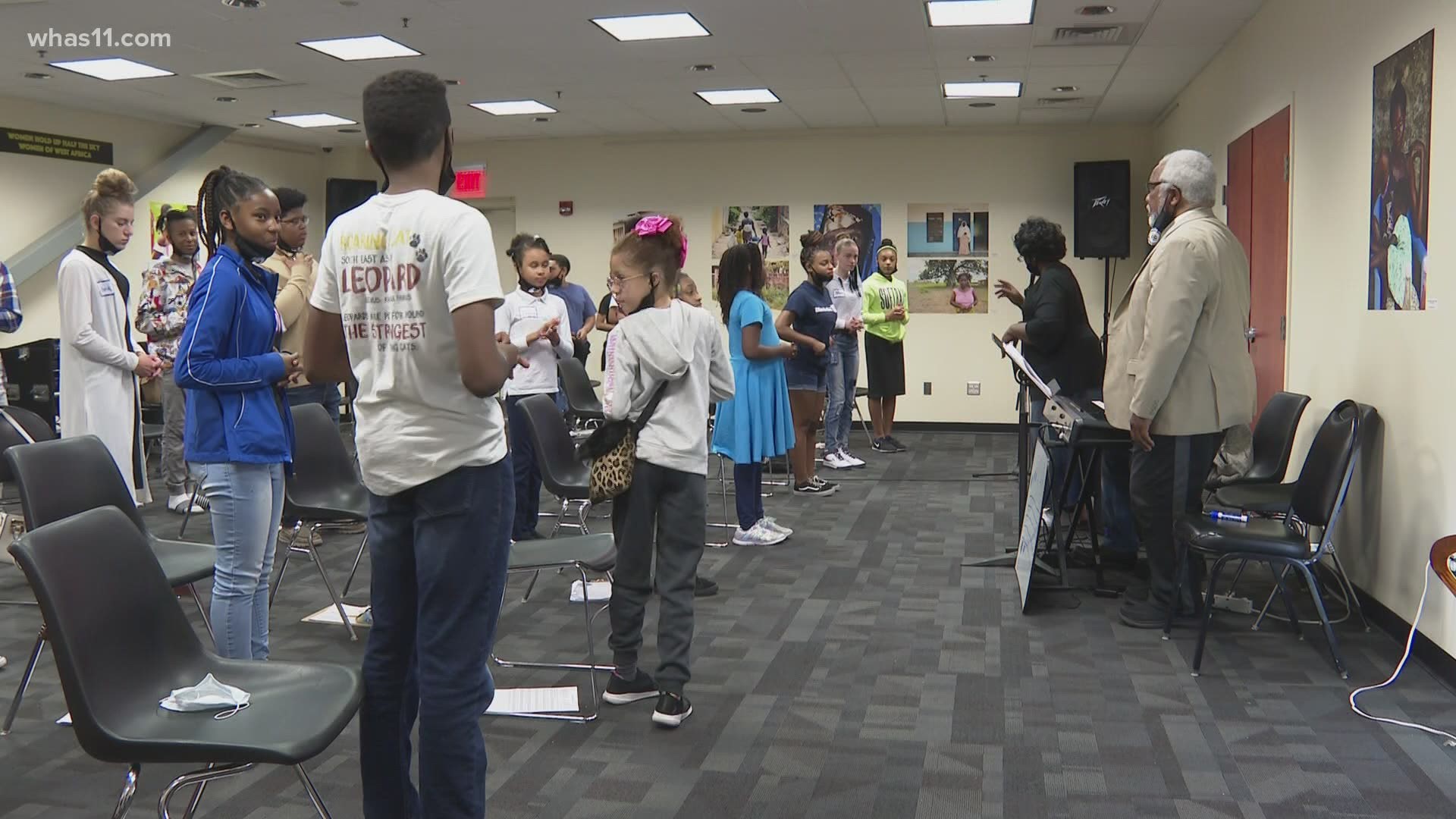 Originally known as the Moore Temple Boys Choir, the group has been a successful mainstay at the West Louisville Performing Arts Academy.

Founder of the choir, McDaniel Bluitt, said the program is a positive way for children to be engaged in the community and gives them an avenue to showcase their talents.

“We started the program because kids needed a way they can be engaged positively and doing the kinds of things that can make them productive members of the community," Bluitt said.

Two current students, Sylvia Lontz and Alexandria Bluitt, were introduced to the program through different avenues but both believe it’s an amazing opportunity to be a part of something so closely connected with the community.

Lontz is heading to Eastern Kentucky University this fall after finding the program through her choir director at Central High School.

"He introduced it to me," Lontz said. "I thought it would be an amazing opportunity for me and my younger sister.”

Alexandria is currently in high school but understands the importance of legacy. The choir is something special to her as her grandparents were the founders of it and she's been singing since she was four.

"This choir gave me a sense of family, not because they started it but because of the connections I made with people in this choir," Alexandria said. “It gives me a sense of structure. For me personally anyway and I believe everyone needs a foundation to build on top of.”

The program is a melting pot of talents discovered within each child.

“It’s a part of our slogan its more than just music…its more than just singing because children bring with us whatever they have with them at the time. Some have training prior to coming to me while others haven’t," Bluitt said.

The West Louisville Boys Choir's performances are internationally traveled with stops from Bahamas to Las Vegas, and of course, all over the state of Kentucky.

That exposure resulted in some of Bluitt's former students to think out of the box and grow their talents even further.

Key'mon Murrah and Kay'mon Murrah both participated in the program. Now, as adults, the pair are both classically-trained performers.

With the foundation built here in Louisville, Key'mon is headed to Julliard in New York for a graduate diploma as well as his Opera debut in Winter 2021.

Kay'mon remains in the area to help others interested in the arts with the Kentucky Opera as well as serving as a board member of the public arts commission in Lexington.

“Music evolves its never to stay the same," Bluitt said.

As the music evolves, so too does its leadership. Bluitt's son, Joshua, is set to take the helm and carry on the tradition of the choir.

Bluitt said he will still be around consulting and help counsel but feels it’s the right time to pass the baton so his son can take the program to even greater heights.

The West Louisville Performing Arts Academy has a 100% graduation rate and they now enjoy new home for their program.

You can now find their studio in the Kentucky Center for African American Heritage at 17th and West Ali. To support the program, click here.