A third-grade student at Bates Elementary, DCorey Johnson, shares his amazing talent after the morning announcements. 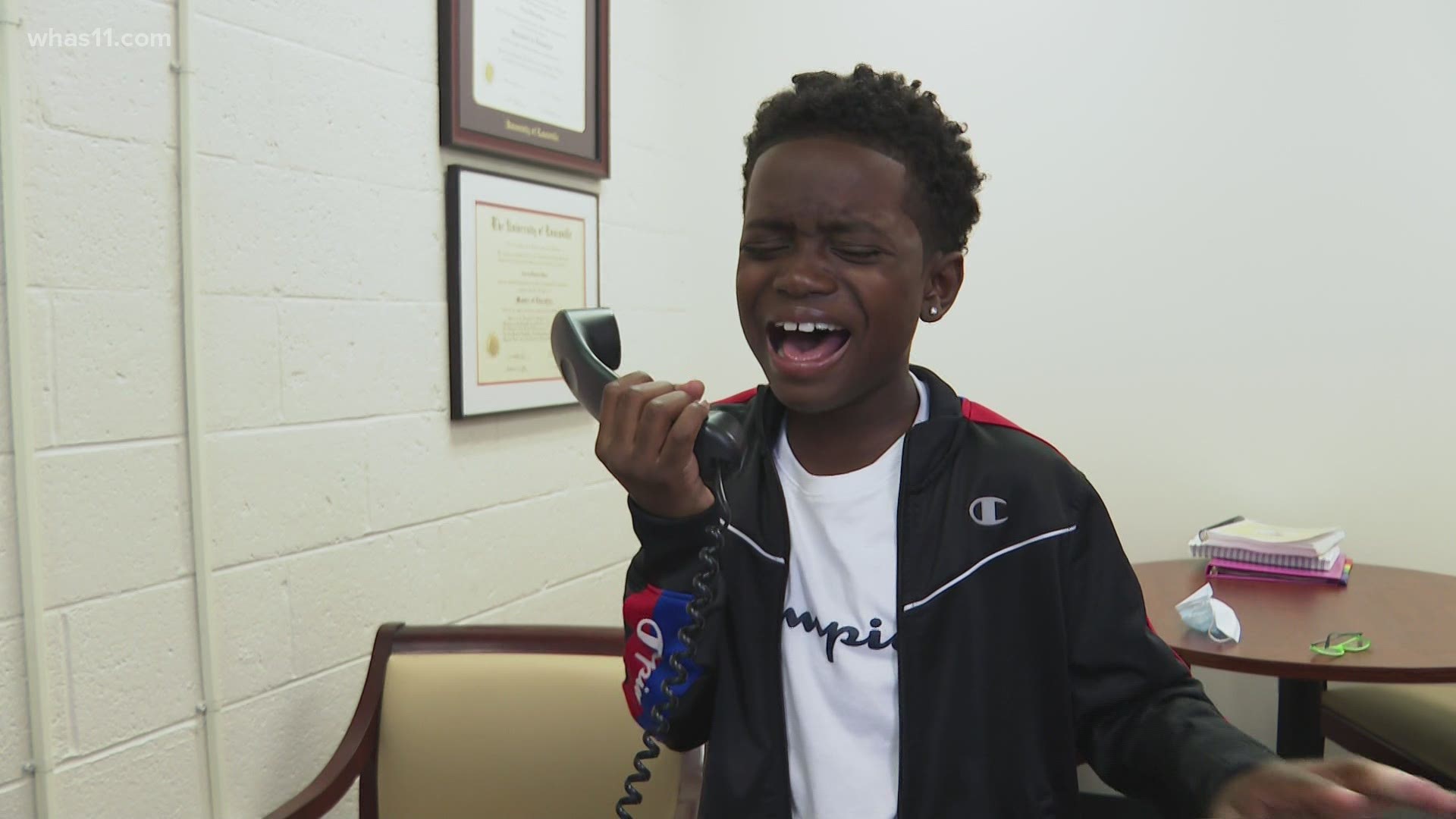 LOUISVILLE, Ky. — Through the halls of Bates Elementary School, the day begins with morning announcements followed by the playing of the National Anthem. However, it's not just a recording. It's sung by third-grader DCorey Johnson.

Johnson was first asked to sing 'The Star-Spangled Banner' by principal, Alicia Dunn, who said she was at a loss for words after hearing the nine-year-old's larger than life voice.

“I really didn't know what to expect and when he was finished I couldn't finish the announcements," Dunn said.

His performance was captured on video and went viral. Johnson now has plenty of requests to sing it and not just after the morning announcements.

“I never got to sing the National Anthem before but now they want me to sing at a baseball [game] and football [game] and at a school and everywhere, and I'm like, 'Oh, my Jesus!'” Johnson said.

The jaw-dropping performances aren't anything new for Johnson. His mother, Nakia, says he got his start in church and the Louisville Central Community Center which gave him the space he needed to showcase his talent.

“DCorey started off singing at St. Stephen Baptist Church, he was a little bitty thing and he'd hum along to the song and he would raise his hand and praise the Lord," Nakia said. "So, we ended up putting him in the choir when he was four-years-old. I knew the little boy was gifted then.”

WHAS11's Sherlene Shanklin had a behind-the-scenes exclusive with Johnson as he shared his his technique and approach to singing prior to the National Anthem performance.

Then came the front-row seat for the performance and Johnson certainly did not disappoint.

Before being asked to sing the song over the intercom for the first time, Johnson said he did not know all the words to it. However, with his special talent, he said it was easy to learn quickly.

Principal Dunn said she and her staff believe every child has a hidden talent or "voice" in Johnson's case that's just waiting to be nurtured.

“At Bates we are considered a leader and me school," she said. "Within that leader in me, school is all about finding the child's strengths and finding their passions and finding their talents and building that child within inside out. Every child has something fabulous about them.”

Johnson already has the vision of his future planned out, and as his talent grows so do his dreams.

“My dream and goal is to be famous and on Broadway and showing people who I really am," Johnson said.