'We’re putting our faith and trust in you': Breonna Taylor's mother shares message for Daniel Cameron in social media post

"Do you have the power and courage to call my child yours?" Breonna Taylor's mother Tamika Palmer wrote in her social media post directed at Daniel Cameron. 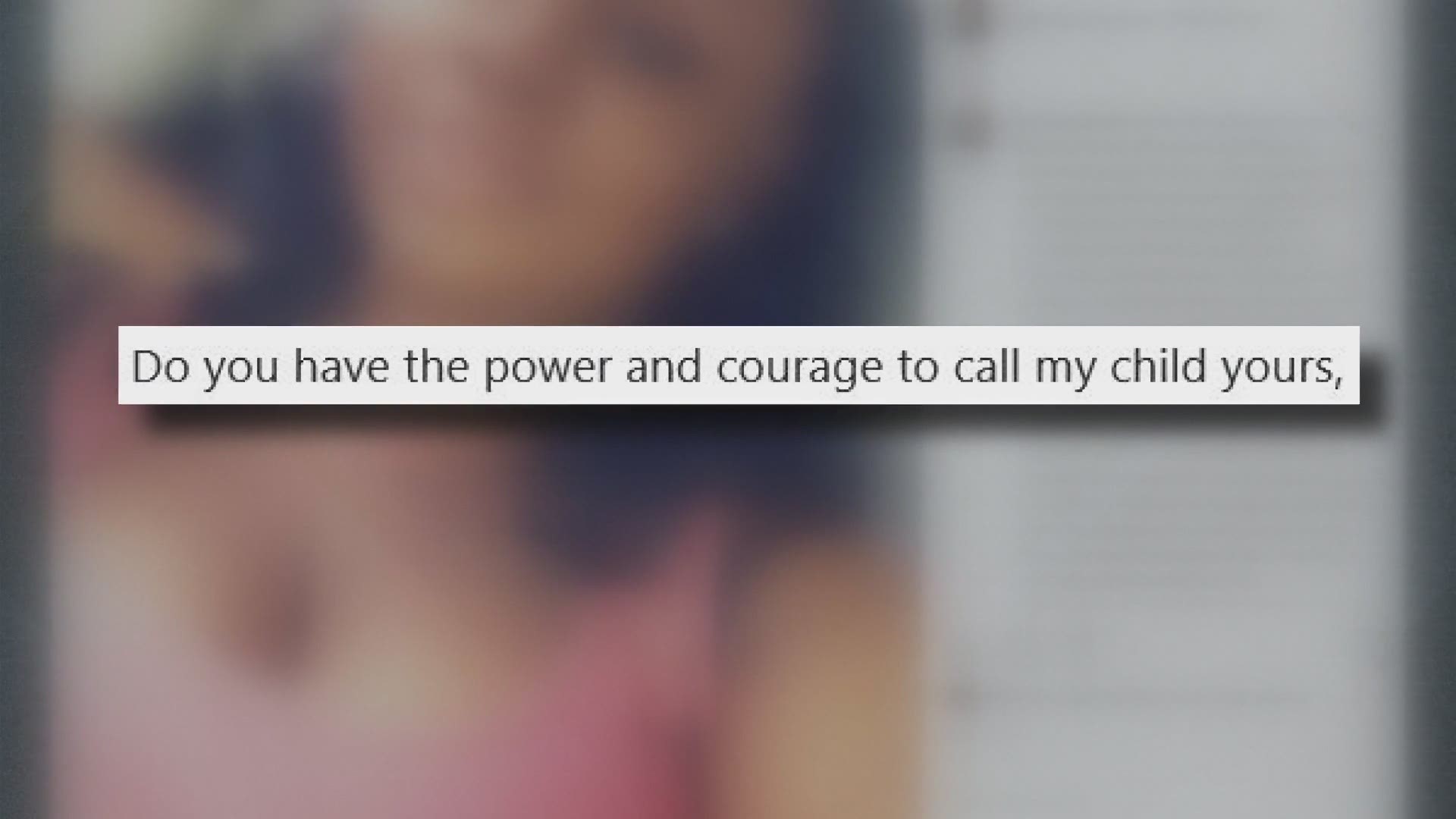 LOUISVILLE, Ky. — "We’re putting our faith and trust in you." It is a message to the Kentucky Attorney General, shared on social media by Breonna Taylor’s mother.

Sunday will mark six months since the deadly police shooting of the 26-year-old ER technician.

"Do you have the power and courage to call my child yours?" she said in the post.

The paragraph is a message directed at Cameron. "Your mother put everything she had into raising you," Palmer said in the post. "If you ask her, she will say without hesitation that she would stop at nothing to protect you.

At a press conference in August marking the fifth month since Taylor was shot and killed in her apartment, Palmer talked about her meeting with the Attorney General regarding the investigation into her daughter’s death.

"For me I’m trying to accept that and be patient with that cause I definitely want him to come out with the right answer," she said at the press conference.

Palmer highlighted Cameron's mother in her social media post saying a parent would do anything to protect their child.

"If you were gunned down in your own home, wouldn’t [your mother] demand the killers be brought to justice?" she wrote. "Would she want the support of the community and others to help her when her cry for justice for her child’s death was being ignored?…Do you have the power as part of a village who raises our children to do right by one of our daughters?"

Daniel Cameron’s most recent mention about Taylor’s investigation was shared by his office in a statement on Wednesday, where he said he will not be releasing a timeline.

"When the investigation concludes and a decision is made, we will provide an update about an announcement," Cameron said.