Videos have surfaced of a violent incident between a student and officer at Jeffersontown High School. 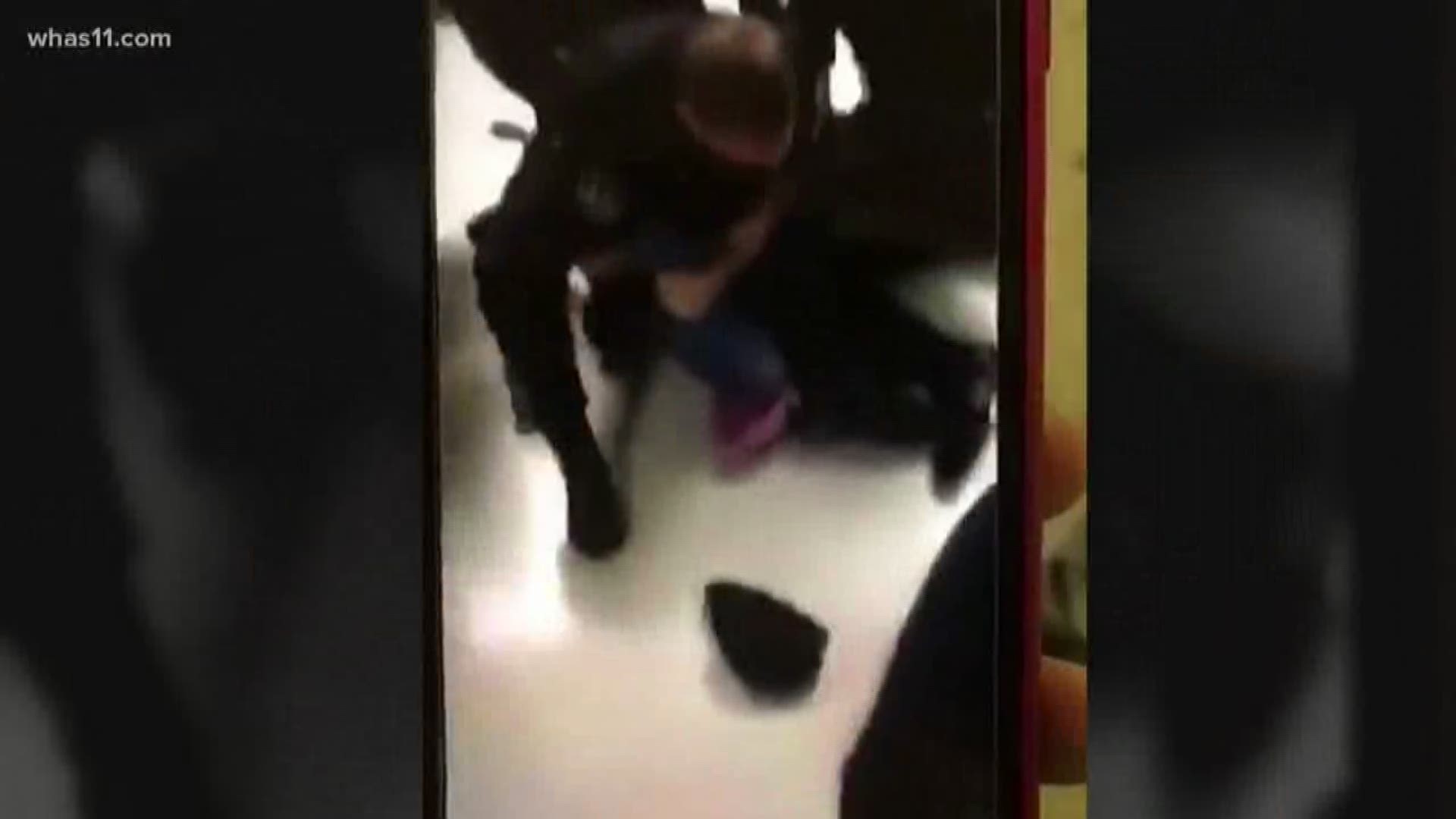 LOUISVILLE, Ky. (WHAS11) -- A video circulating on social media is raising concerns among parents and students in Louisville. It shows the restraint of a Jeffersontown High School student by an officer inside the school.

It appears all started with a fight between two students in the school cafeteria. JCPS said the school resource officer had to call Jeffersontown police for backup during that fight.

As the school resource officer attempted to escort one of the involved students out of the school, that student's brother reportedly attacked one of the responding police officers.

In the video obtained by WHAS11, you can see that officer fall to the ground after he's hit. At that point, the situation escalates quickly, and the video does not give a clear picture of what happened in those tense moments that followed.

The chaotic video appears to show an officer kicking the student while he's on the ground, and students are heard frantically screaming in the background.

A spokesperson for JCPS tells us the officer that was attacked deployed a Taser on the student but did not give any additional comments about the use of force.

School leaders are in the process of reviewing school security footage to identify all of the students that were involved in the incident. Those students will be disciplined according to JCPS policies.

Jeffersontown Police Chief Ken Hatmaker tells WHAS11 he stands by his officers and says they were doing what they were trained to do.

Click here to read the letter sent home to parents regarding the incident.

Click here to read a statement from Black Live Matter.