Steven Sinclair died from COVID-19 complications in early October. His family said he loved muscle cars, motorcycles and anything loud. 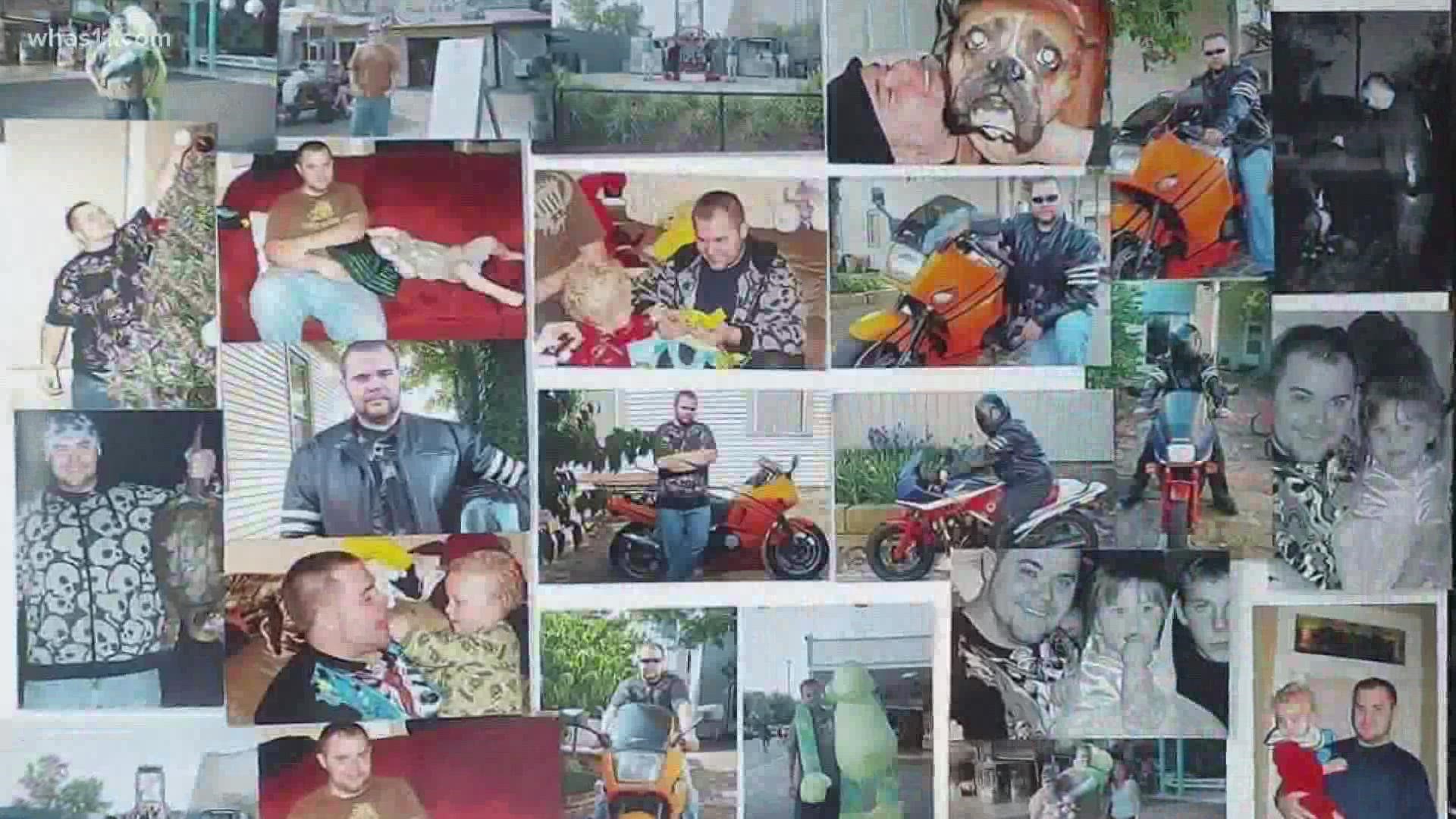 SHEPHERDSVILLE, Ky. — A day before laying his brother to rest, Dalton Peterson made a post on Facebook. He asked people with muscle cars or "anything that's loud" to ride by Hardy Cove Funeral Home on Sunday and rev their engines.

"He was really big into muscle cars," Peterson told WHAS11 News, describing Steven Sinclair. "Yeah, we all were growing up," his brother Daniel McCoy added. They described the sound of a car without a muffler as a wide-eyed wonder.

It's a sound they heard a lot Sunday. Dozens of cars rode through, putting a smile on the faces of Steven Junior.

The family said he follows in his father's footsteps.

Three-year-old Stella isn't far behind. She wore a red dress to her father's funeral; Steven's fiancé said she originally bought the dress for Stella to wear as a flower girl at their wedding on the 16th.

While there won't be a wedding, cars driving by helped Steven's family find some good in goodbye.

"There's still good people out there that try to help people whenever they can," Mark Boes said. He didn't know the family, just drove out his '41 Ford Coop to show support.

He went on to say it made him feel hopeful in a hard time. "Shows you there are people out there that have heart and compassion and they feel what we're going through," McCoy said.

The number of people who have experienced the pain this family endured is growing.