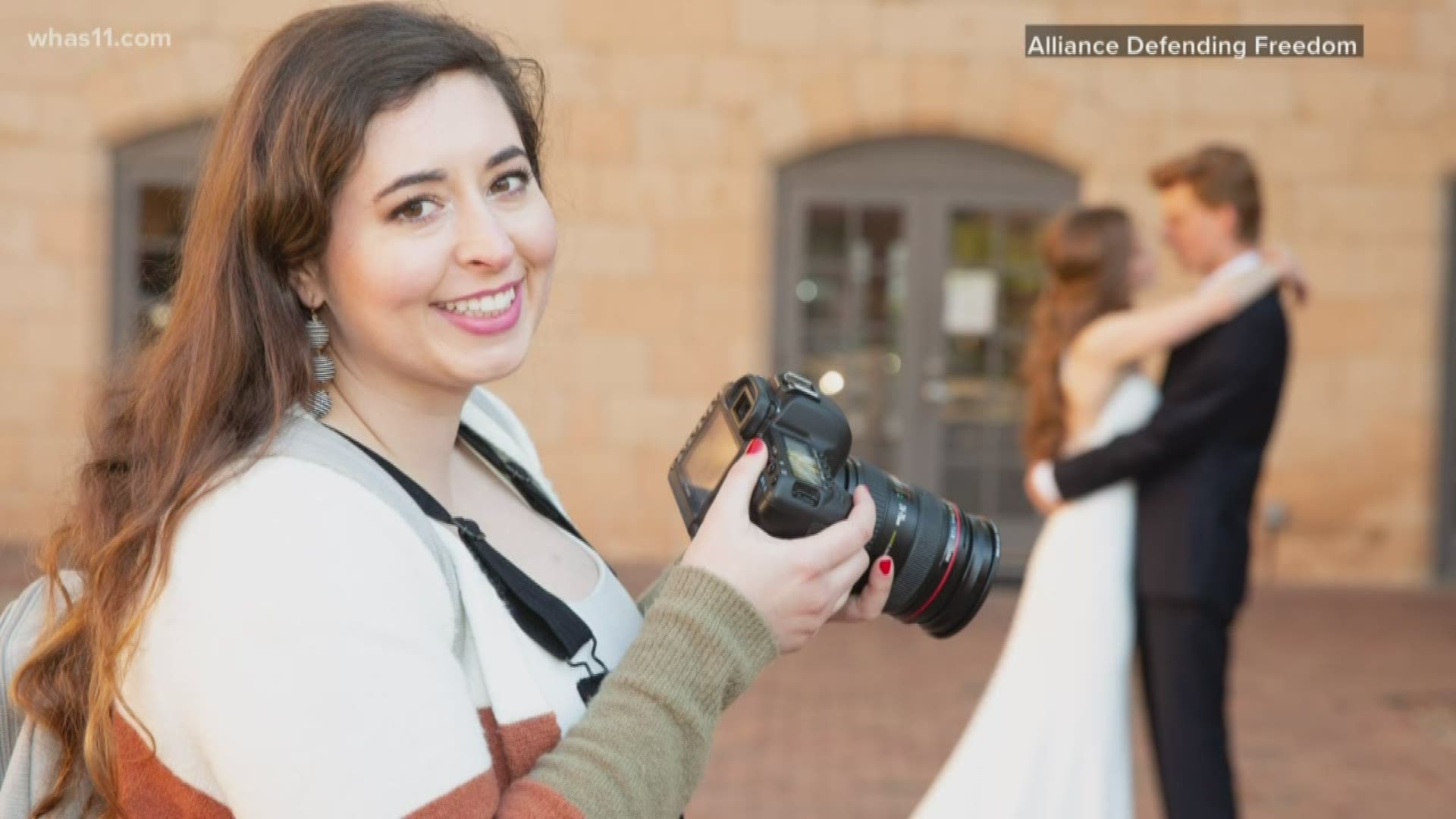 LOUISVILLE, Ky. — A lawsuit filed in federal court on behalf of a Louisville wedding photographer and blogger claims a Louisville Metro ordinance would force her to photograph and write about same-sex weddings, which she said goes against her religious beliefs.

The lawsuit, filed by Alliance Defending Freedom against Louisville/Jefferson County Metro Government and the Louisville Metro Human Relations Commission, claims Chelsey Nelson is also not able to publicly explain to clients or potential clients on her website and social why she only chooses to celebrate wedding ceremonies between one man and one woman. Nelson owns Chelsey Nelson Photography LLC.

According to the lawsuit, "for Chelsey, the choice is simple yet stark - violate the law, forsake her faith, or close her business."

"All artists should be free to choose the messages that they promote and that's the freedom that Chelsey wants for herself as well as everyone, even people who don't agree with her on marriage," Kate Anderson, senior counsel for the Alliance Defending Freedom, said.

The ordinance in question is Metro Government Ordinance 92.05, more commonly known as the Fairness Ordinance, which was first established in Louisville and has since been implemented in 14 other places throughout Kentucky. The ordinance prohibits discrimination in housing, employment and public accommodation on basis of sexual orientation or gender identity.

"That's a clear violation of the First Amendment where you're allowing the government to pick and choose what people can say and what they cannot say," Anderson said.

According to Anderson, the ADF is seeking a preliminary ruling that would prevent Metro Government from enforcing the ordinance. But Sam Marcosson, a professor at the Brandeis School of Law, said he does not believe the suit is particularly strong.

First, he said no one has filed a complaint against Nelson yet charging her with discrimination, which could weaken the case.

"What she's claiming is the prospect that the law could be applied has the effect of infringing on her free speech because she is afraid," he said.

A bigger issue, according to Marcosson, is the argument can be made her religious freedom is already protected under the state's Religious Freedom Restoration Act, which the local Fairness Ordinance comply with. Marcosson said this means the only way the government could force Nelson to photograph or work on a same-sex wedding would be if there was absolutely no other way the government felt the goal of anti-discrimination and equality could be achieved.

"The government would have to show that it has a compelling interest and that the law and its application are necessary, narrowly tailored to achieve that interest," he said.

Despite these potential roadblocks, Marcosson said the lawsuit is not frivolous in his opinion.

"You do have at least questions to be raised about how to balance the First Amendment concerns with the equality concerns," he said. "So there is an issue here that we have to resolve and the courts will have to look at."

The full lawsuit can be found here.