A man is claiming he has broken wrist following an interaction with officers over the weekend. 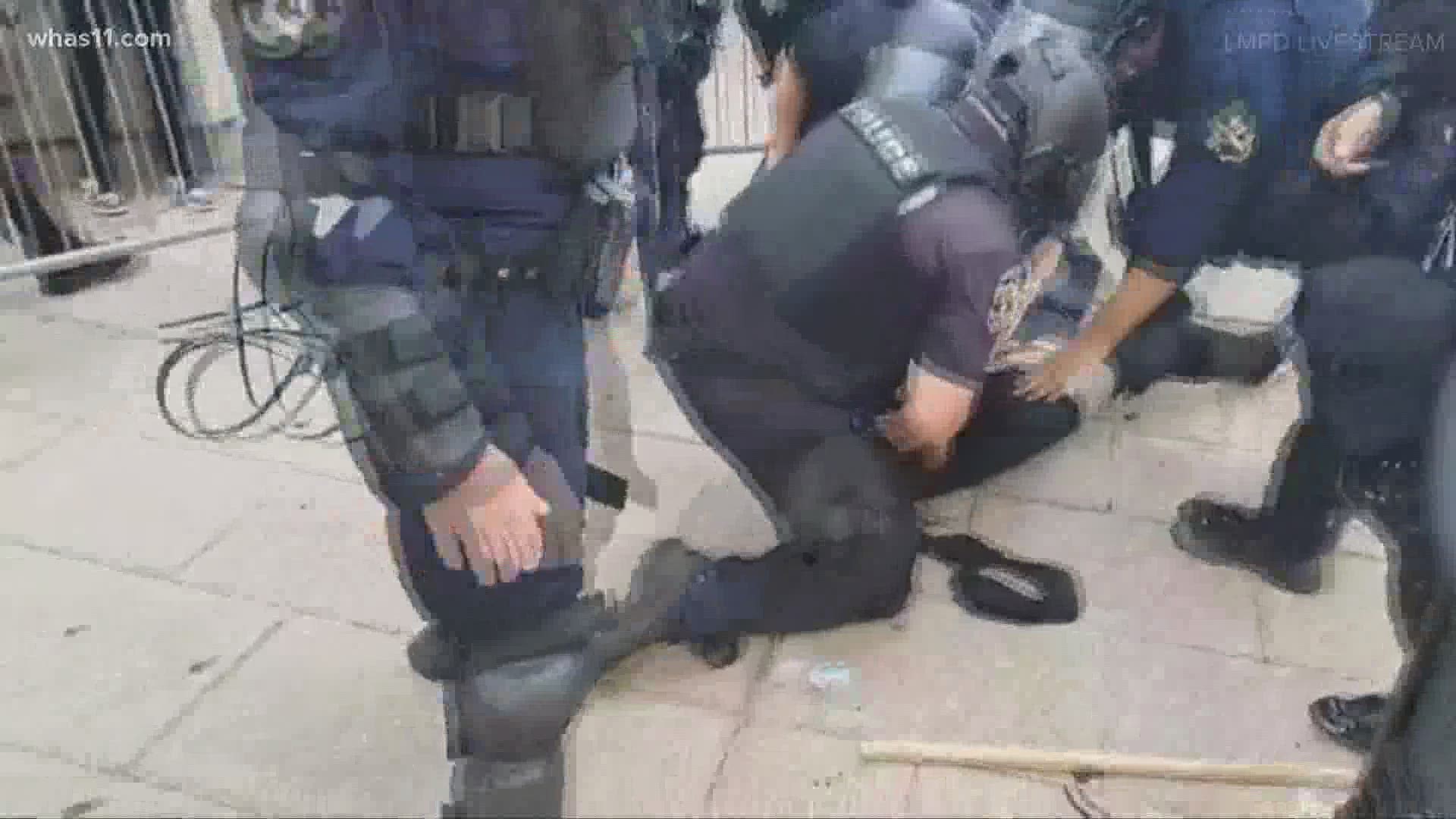 LOUISVILLE, Ky. — A Louisville man said Monday that he plans on filing complaint, after a livestream by the Louisville Metro Police over the weekend showed him flipping over a barricade.

“I landed completely on this arm. I got scrapes up and down this arm, my wrist is broken,” Robert Taylor said.

Taylor was with a group in downtown Louisville Saturday when he said an officer pulled him over a barricade, then shoving his face before turning him on his stomach and arresting him.

“When they initially pulled me over you can hear me say, ‘okay, okay, I'm done, I'm done.’”

According to the arrest slip, Taylor threatened to assault an officer and lunged towards police. They also called his behavior violent and tumultuous in a way that caused public alarm. Police charged Taylor with menacing, disorderly conduct and terroristic threatening.

Taylor agreed there was name-calling, but claims he did not threaten anyone.

WHAS11 News went through the LMPD livestream to watch what happened before the incident.

Police and protesters were standing several feet apart. You can hear obscene remarks being yelled at officers. Police get closer and appear to try and open the barricade. As they get inside, people start to run. That’s when Taylor flips over the barricade.

“Next thing I know, we're circled. It's unnecessary,” Taylor said.

Police wouldn't comment on this incident except to say that if anyone feels they were treated unfairly, they should file a complaint with the Professional Standards Unit. Taylor said he wants to talk to a lawyer about filing a lawsuit.

He believes the incident is another example of why there should be police reform: “Change, please, that's all we want,” he said.