A banner showing Breonna Taylor's face was placed on the side of the bridge. 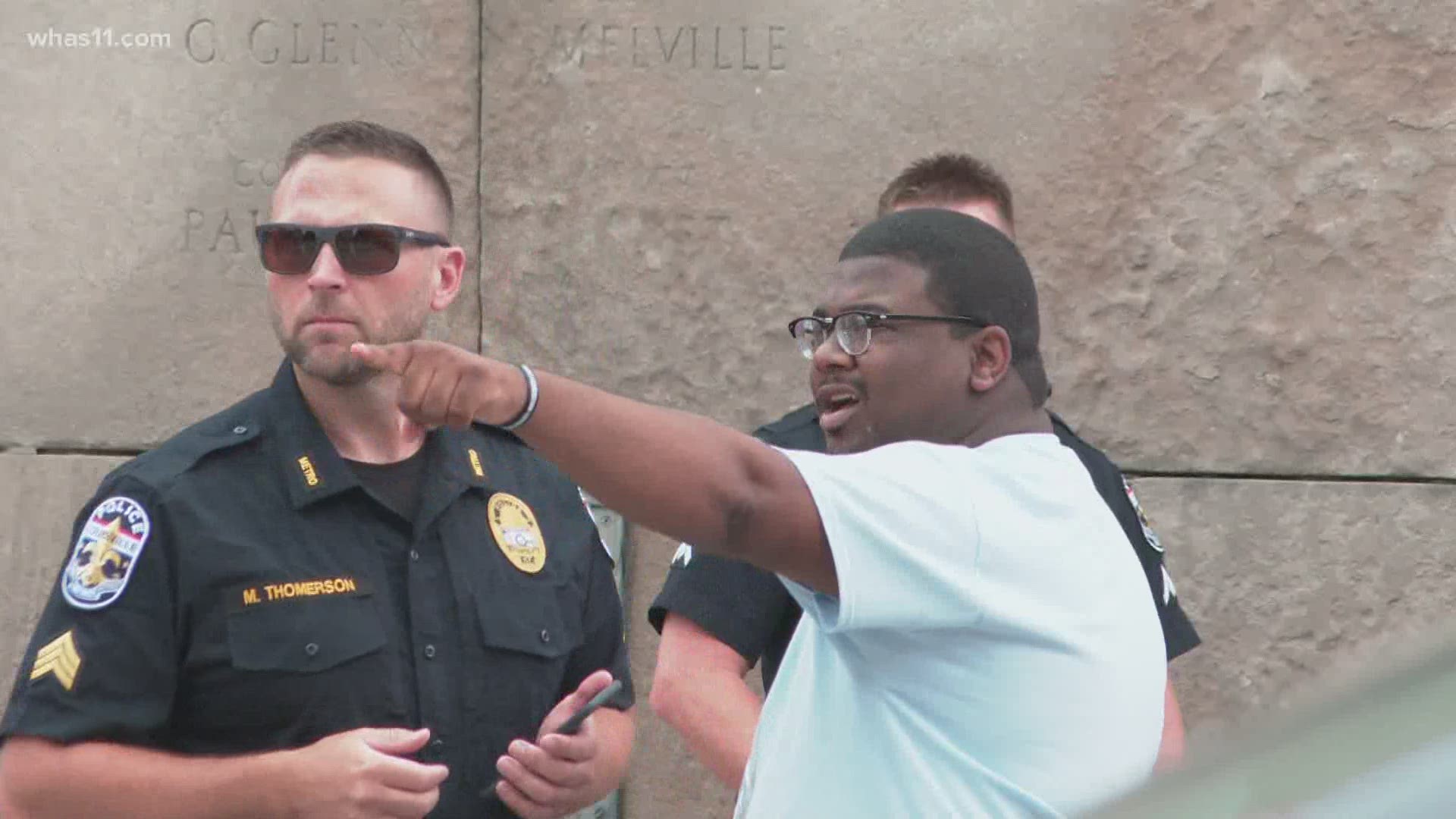 LOUISVILLE, Ky. — Protesters shut down the Clark Memorial Bridge Monday morning, hanging a banner showing Breonna Taylor on the side of the bridge.

Louisville Metro police said protesters made their way onto the bridge and blocked traffic around 11:00 a.m. Officers were dispatched to the scene and told protesters to disperse. The crowd refused and officers arrested 43 people and towed 19 cars from the bridge, according to LMPD. Three of those arrested were juveniles.

A view from WHAS11 weather cameras showed one banner, with Taylor's face and name, placed on the side of the bridge as multiple cars parked on the road. A Facebook live from Black Lives Matter Louisville also showed protesters placing a memorial for Taylor and other Black Americans killed in the center of the road.

After protesters were off the bridge, WHAS11 Heather Fountaine capture an exchange between protesters an officer--calling out "stupid stuff."