Louisvillians Lesley Prather, her daughter Rhyan, Carrie McCaw and her daughter Kacey were all killed the crash on I-64 just outside of St. Louis. 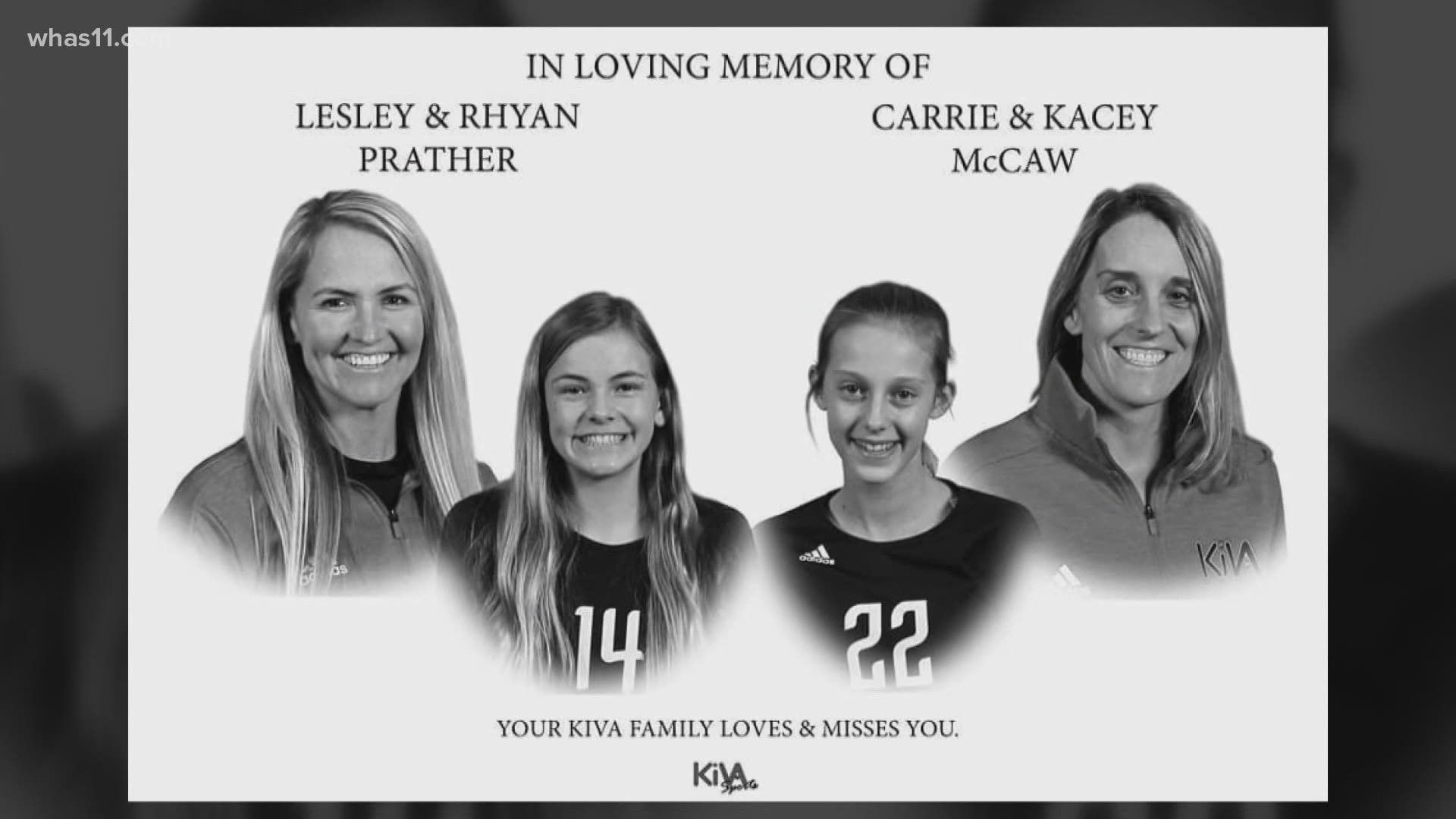 LOUISVILLE, Ky. — It's been four months since Lesley and Rhyan Prather and Carrie and Kacey McCaw were killed in a car crash on Valentine's Day.  They were driving through St. Louis for a volleyball tournament.

This week, the newly released crash report reveals statements from those at the scene as well as from the driver, Elijah Henderson. Henderson says he was trying to roll up the passenger side window of his Sweetens Concrete Services employee truck on I-64 near St. Louis. As we was doing that, he started sliding and drove into the center median, crashing into a minivan, before hitting another car.

Henderson had admitted to using marijuana the night before the crash. When troopers searched his car the next day, they found what appeared to be small bits of marijuana. Henderson was driving a company truck when the crash happened.

We reached out to the St. Charles County Prosecuting Attorney's Office to ask if the toxicology results were back and if any possible charges would be made against Henderson. Leslie Knight with the St. Charles County Prosecutor responded by email with this comment, 'this case is under investigation and those reports are not public record at this time.'

It normally takes four to six weeks to get a toxicology report back. So far, Henderson has not been charged in the crash that killed the two Louisville mothers and their two daughters, both girls were 12-years-old.

Lesley was a Louisville firefighter and Carrie was a well-known coach, both of them former volleyball players.

RELATED: 'We are heartbroken.' Louisville firefighter, her daughter among 4 killed in I-64 crash outside of St. Louis

RELATED: 'I think God put me where I needed to be' | Driver tries to save lives in crash that killed Louisville moms, daughters