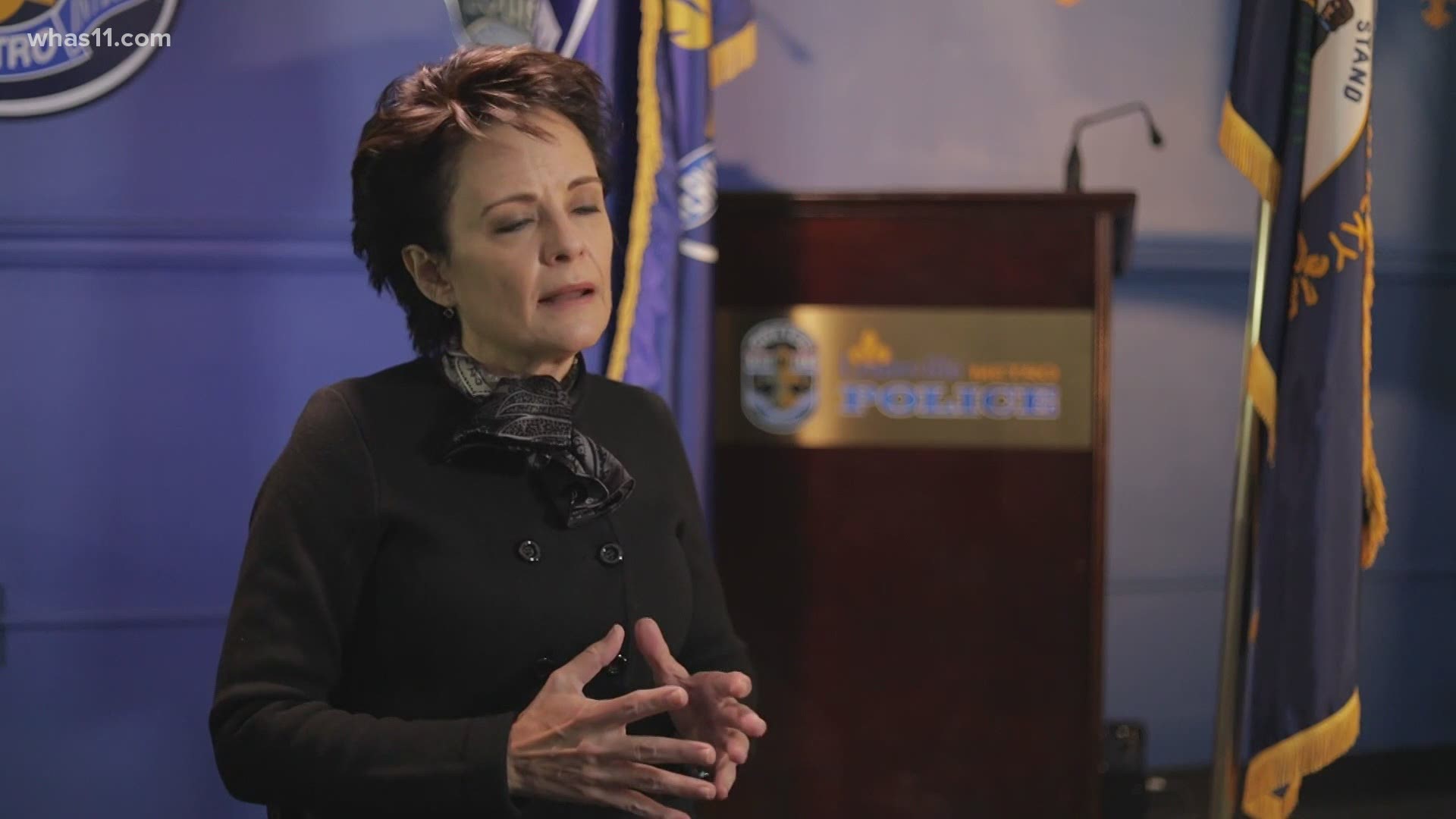 LOUISVILLE, Ky. — Louisville Metro Police Chief Erika Shields presented her plan for changing the police department to Metro Council’s Public Safety Committee Wednesday. Much of her plan comes from recommendations made in a top to bottom review of the department by Hillard Heintze.

Chief Shields’ plan for tackling violence in Louisville targets the highest-level violent offenders. She believes that is who recruits younger and lower-level crime offenders. She also wants to focus on getting illegal firearms off the streets.

The committee learned the police department is working with the city on new models of policing. The chief said they are working on a what a deflection model would look like. This would mean eventually case workers or other specialists would respond to 911 calls instead of just police officers.

Chief Shields said she hopes to build trust between the police department and the community, improve diverse recruitment and promotion of officers, and boost the morale of current officers.