The news comes a day after findings of a top-to-bottom review of LMPD that revealed racial disproportionality in traffic stops, field interrogations and arrests. 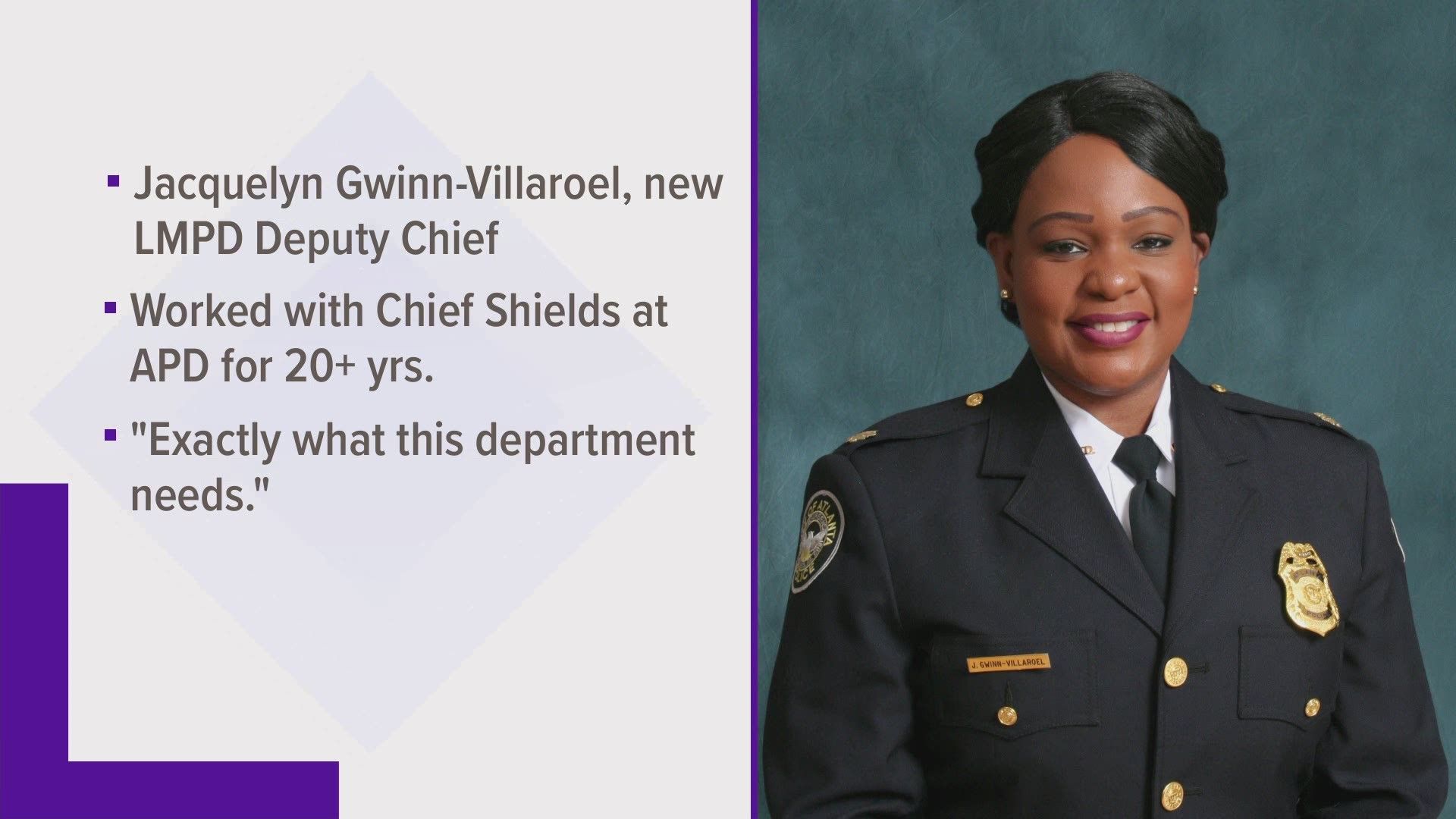 LOUISVILLE, Ky. — According to a release from the Louisville Metro Police Department (LMPD), Chief Erika Shields appointed Jacquelyn Gwinn-Villaroel to be the new Deputy Chief.

Gwinn-Villaroel comes to Louisville after serving the Atlanta Police Department (APD) for 20 years.

Shields previously served in Atlanta as their police chief before resigning in 2020.

“Jacquelyn comes to us from the Atlanta Police Department (APD), where she and I worked together for over 20 years,” Chief Shields said. “She brings great skills and experience after holding many wide-ranging, and formidable assignments at APD over the years.”

As Training Director for APD, Gwinn-Villaroel incorporated a variety of initiatives advancing police training to meet recommendations in the President’s Task Force on Policing in the 21st Century, the release says.

“I welcome Deputy Chief Gwinn-Villaroel to the city I’m growing to love already, and I look forward to beginning work with her in advancing our vision for reform and progress as outlined by the Hillard Heintze report recommendations,” Chief Shields said.

The announcement comes a day after a top-to-bottom review of LMPD was released that found racial disproportionality in traffic stops, field interrogations and arrests.

“She’s a trusted and respected leader in building partnerships with diverse communities, which is exactly what this department needs to advance LMPD’s policing of this city toward a modern, progressive, equitable, respected law enforcement effort,” Chief Shields said, adding Gwinn-Villaroel’s community involvement extends beyond police work.