Kentucky State Police say it started after a trooper found a man who was wanted earlier this week in the parking lot of Hotel Louisville. 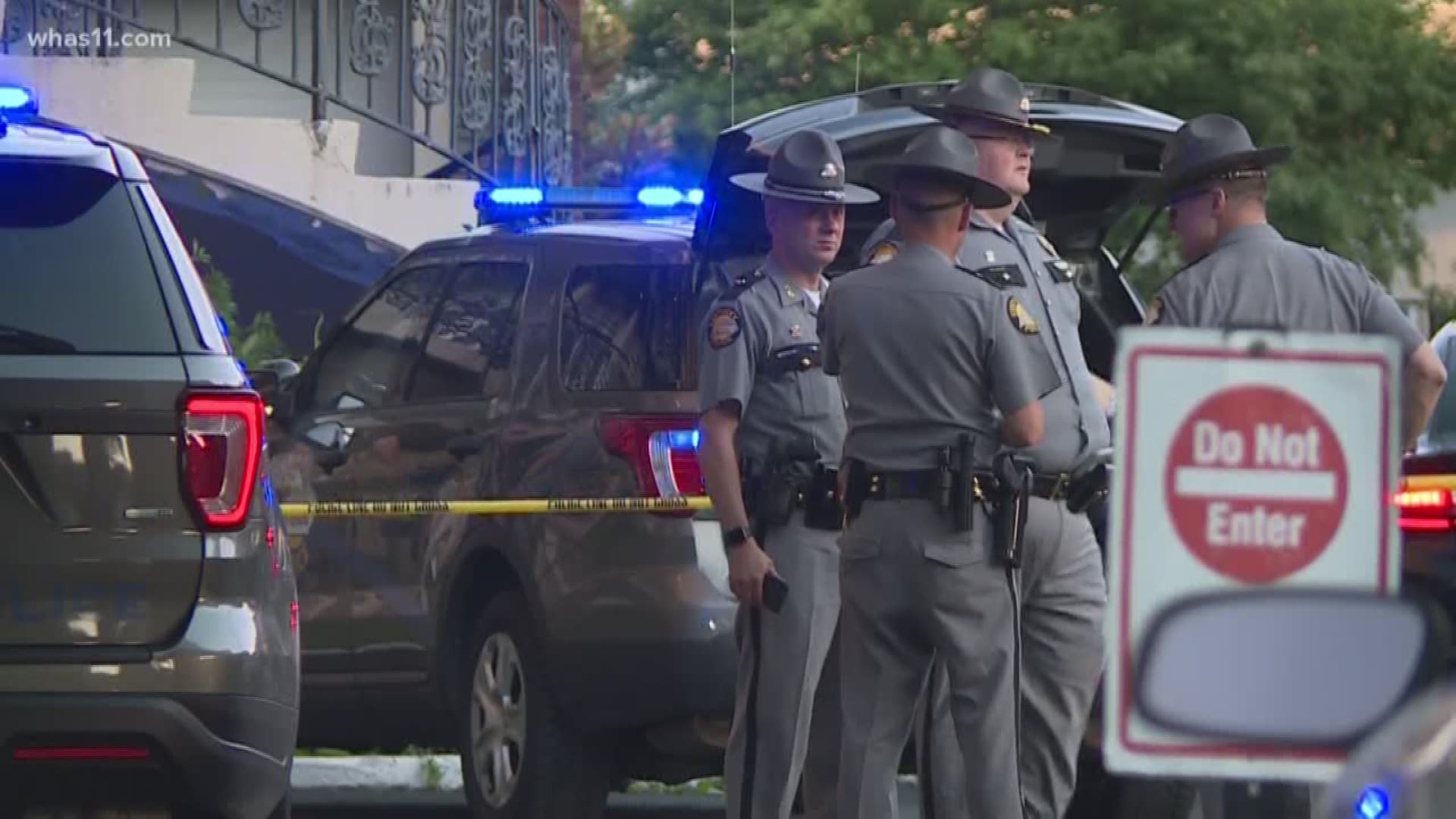 LOUISVILLE, Ky. — Hotel Louisville was the start of what Kentucky State Police Trooper Scotty Sharp says was a series of dangerous events.

Just before 6 pm Tuesday, a shootout with a trooper and a man identified as Thomas Trummer who Sharp says was wanted on active warrants from an incident at a Louisville Kroger parking lot earlier this week. Trooper Sharp says Trummer tried to run over the trooper, which lead law enforcement to shoot at Trummer.

He says Trummer and a female passenger barreled through a Hotel Louisville fence and booked it through several downtown streets.

WHAS11's Robert Bradfield and Chief Photographer Wade Harris witnessed a hit and run at 5th and Liberty Streets around 6:10pm.

Sharp says Trummer was behind the wheel and witnesses told Robert off camera Trummer narrowly miss a crowd of about 30 people at 4th Street Live.

He was driving the wrong way on Liberty Street hitting the MetroSafe building, blowing a tire then dumping his car.

The female passenger, who's name has not been released, was arrested.

Trummer was found and arrested a few hours later. The trooper at Hotel Louisville was not hurt.

"We pray every night. We come out, put this uniform on and we want to go home to our families. We are just so thankful. Got to give thanksgiving that no one was hurt," said Trooper Sharp.