"In a nonsensical fashion, the blame was placed on budget cuts, yet the guards are not being laid off, but reassigned to other areas in Metro," Mayor Dieruf said 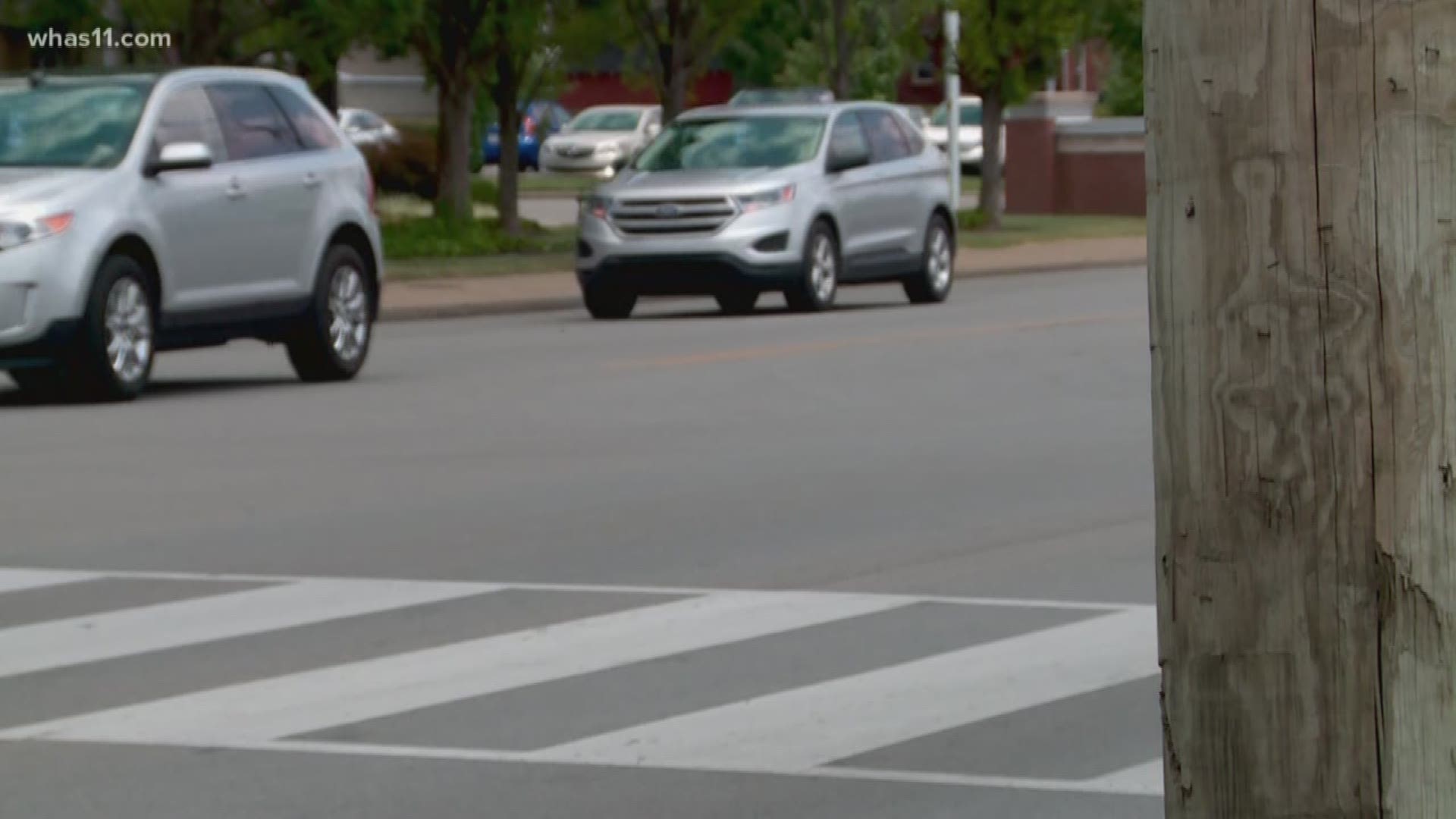 LOUISVILLE, Ky. — (WHAS11)--Jeffersontown Mayor Bill Dieruf is voicing his frustration towards LMPD pulling crossing guards from 12 schools outside of their jurisdiction.

"The dangers of any intersection that is at a school is paramount," he said before looking both ways and crossing an intersection where a crossing guard died in 2009.

"This person gave their life protecting our kids, we need to step up and realize our kids are more important than a budget."

A release from the Louisville Metro Police Department Tuesday night blamed budget cuts and changes in staffing for the reason that they "unfortunately are not able to continue to provide this service to schools in other police jurisdictions."

"They're saying they're taking the same people that were protecting this street to another street in another part of Metro. That is not budgetary cuts," said Dieruf.

RELATED: LMPD will no longer provide crossing guards for schools outside of their jurisdiction

The same problem exists for Shively, Anchorage and St. Matthews.

"I don't know what they were thinking when they pulled this. We don't have any ability to provide school crossing guards, that's been a function of them since as long as I can remember, and then at the last hour to come and say oh by the way this is your responsibility... it seems to be everyone pays county taxes so I don't know why it all of a sudden becomes the responsibility of suburban cities," said St. Matthews Mayor Rick Tonini.

He said it could take the police department's entire staff on some days to fill the gaps at crosswalks.

Crossing guards are specifically trained, motivated and experienced members of our community who serve an important, but limited, public safety function. They are not, of course, police officers, who play a very different role in protecting our communities.

"I'm not sure what's going to happen, but I don't think parents have to worry about their kids. We'll find a way. If I have to get out here and do it myself, the kids will be safe," said Tonini.

"In a nonsensical fashion, Dieruf says, the blame was placed on budget cuts, yet the guards are not being laid off but reassigned to other areas in Metro. Thus, there cannot be a cost savings. So the truth lies elsewhere. Since June, the Metro community has been subjected to surprise announcements of tripling taxes, threats of massive cuts in public safety, withdrawal of school resource officers, library closings, pool closings, and now crossing guards. Remarkably, libraries, SROs, pools and school crosswalks are most oriented toward children, and they are some of the first residents Metro seems to be leaving behind. It is very disheartening that Metro does not consider the safety and well-being of children as its highest priority, but seemingly as its lowest. Budgeting is not a retaliatory sport whereby you put children in harm’s way because you didn’t get the tax increase you wanted. Incredibly, the suburban cities played no role in that decision, and yet they are the areas being withheld services. Jeffersontown residents pay exactly the same county taxes as every other county resident pays. Now, Metro has decided that it will selectively withdraw services from certain of its citizens. Astoundingly, the services it has chosen to withdraw are those specifically directed to the safety of children— many children who attend school in Jeffersontown but live elsewhere in the county."

"The relocation of crossing guards is a disturbing sign of a vacuum of leadership. LMPD, which has jurisdiction in every square inch of Jefferson County, has now been directed to selectively withdraw protection of children in certain areas of the county. That is a horribly dangerous and irresponsible precedent to set. To cloak it under the ruse of budget cuts—when it is merely a reassignment of crossing guards who will remain on the payroll—only can lead to further mistrust. And mistrust is about the last thing our community needs more of than it already has. When a community seeks to control expenses by withdrawing services specifically intended to protect children, it is clear that community needs to go in a different direction" Mayor Dieruf states.