The clean-up came hours after Steven Lopez allegedly opened fire into a crowd of demonstrators, killing a 27-year-old photographer at 6th and Jefferson on Saturday. 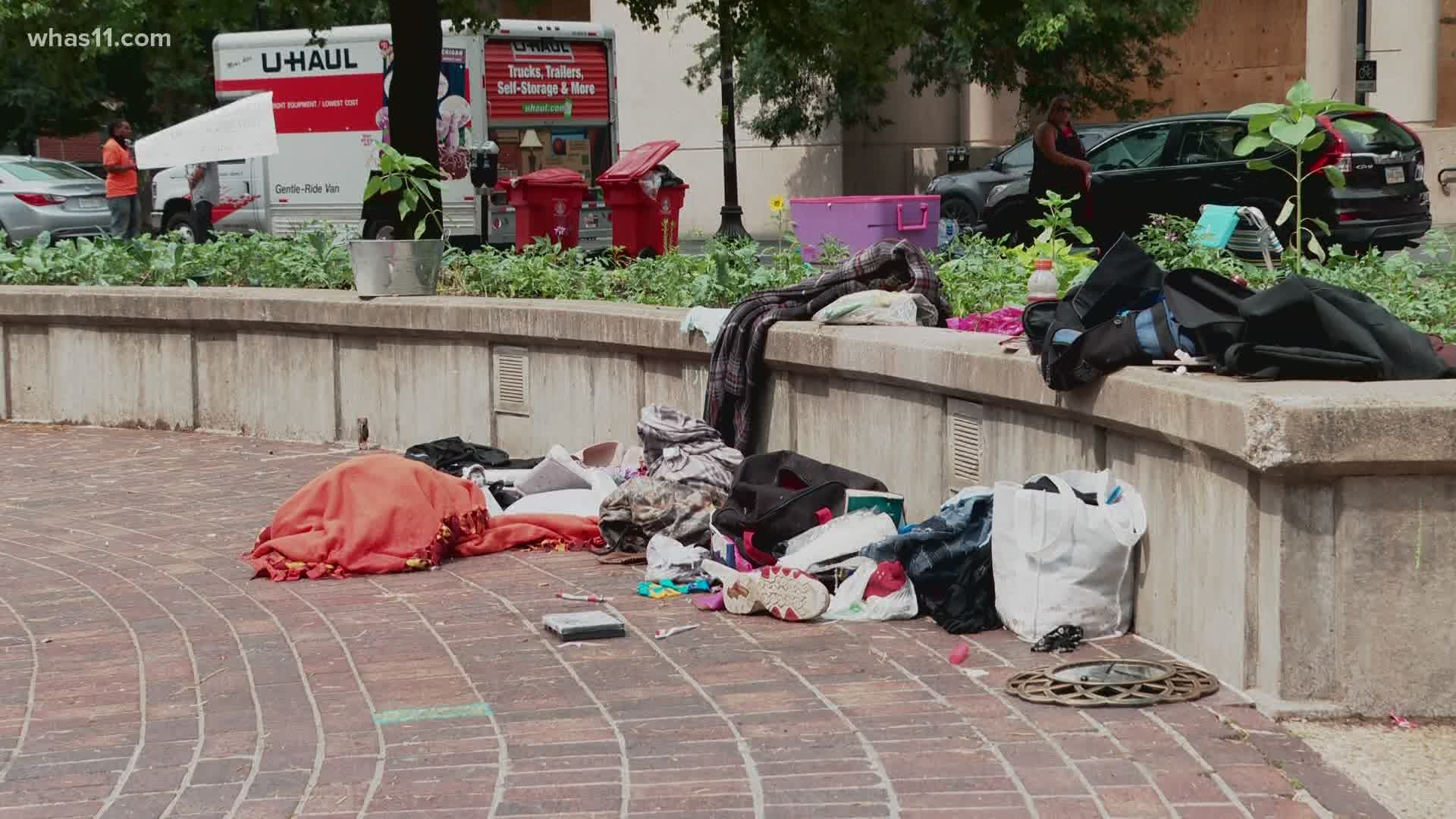 Wet blankets, sleeping bags, and other trashed belongings continue to litter the area.

“They took the grill, took both grills. And they smashed them in the garbage truck. And all the tables, and all the chairs, and all the tents,” said Paul Gardner, who spent most days cooking up meals for protesters at the park. Now he's left serving pre-packaged snacks.

“I need another grill so I can cook and calm people down,” he explained.

“I got one blanket out of my stuff and it was ruined,” said Michael Pyles.

The clean-up came hours after Steven Lopez allegedly opened fire into a crowd of demonstrators, killing a 27-year-old photographer at 6th and Jefferson on Saturday.

“You can pick up your property at 600 Merriweather Avenue,” Pyles said he was told. “As soon as they opened up the back of that dump truck, my whole life was just shattered.”

Pyles said laptops, iPads, as well as coolers and tents were damaged, including sound equipment costing thousands of dollars.

“We were using that sound equipment for people to make motivational speeches,” he explained.

Louisville Mayor Greg Fischer has since apologized for the miscommunication and offered people an opportunity to file a claim for the lost or ruined items.

“Are they really going to cut me a check for $5,000 to replace my studio equipment?”

“I will say the night that things were cleaned up probably might've been handled a little differently, to allow people who had just run scrambling, to ducking for cover, to get back in, get their keys, get their wallets, get their medication, before we came along and scooped it up,” said Councilman James Peden for District 23. “But after the fact, I think we're in a position where offering reimbursement is a little bit insulting.”

Councilman Peden believes businesses downtown were also disrespected. Many of them are still boarded up and others have had to close permanently.

“There are so many other priorities downtown, I'm not dismissing the actual message of the protests,” he explained. “But now the one thing we're focused on is tents and coolers?

As Jefferson Square Park has transformed over the last month, one thing has stayed the same. At the center is a memorial for Breonna Taylor, which remained untouched.

“That's her legacy. That's what we have to remember her by right now,” said Pyles.

The Department of Public Works also issued an apology for the poor treatment of protester's belongings saying, “an error in communication and judgment took place, and for this, we are deeply sorry.”

In a statement sent to WHAS11 News, police said “Despite the efforts of many protesters and Metro Government to promote peaceful protest, conditions in the park have become increasingly unsafe.” They want people to be safe and exercise their First Amendment rights.

Police said any belongings left will be considered abandoned and will be removed. They add that the park must be kept clear for daily mowing and cleaning.

Those who do not leave the park could result in a third-degree criminal trespass charge which could lead to an arrest.

Metro Police said they will give warnings before the park is closed every night and give people plenty of time to leave on their own.