West Louisville's 'food desert' is one of many - why do they exist?

Some Louisville communities don't have access to fresh food, which can lead to chronic diseases in both children and adults. 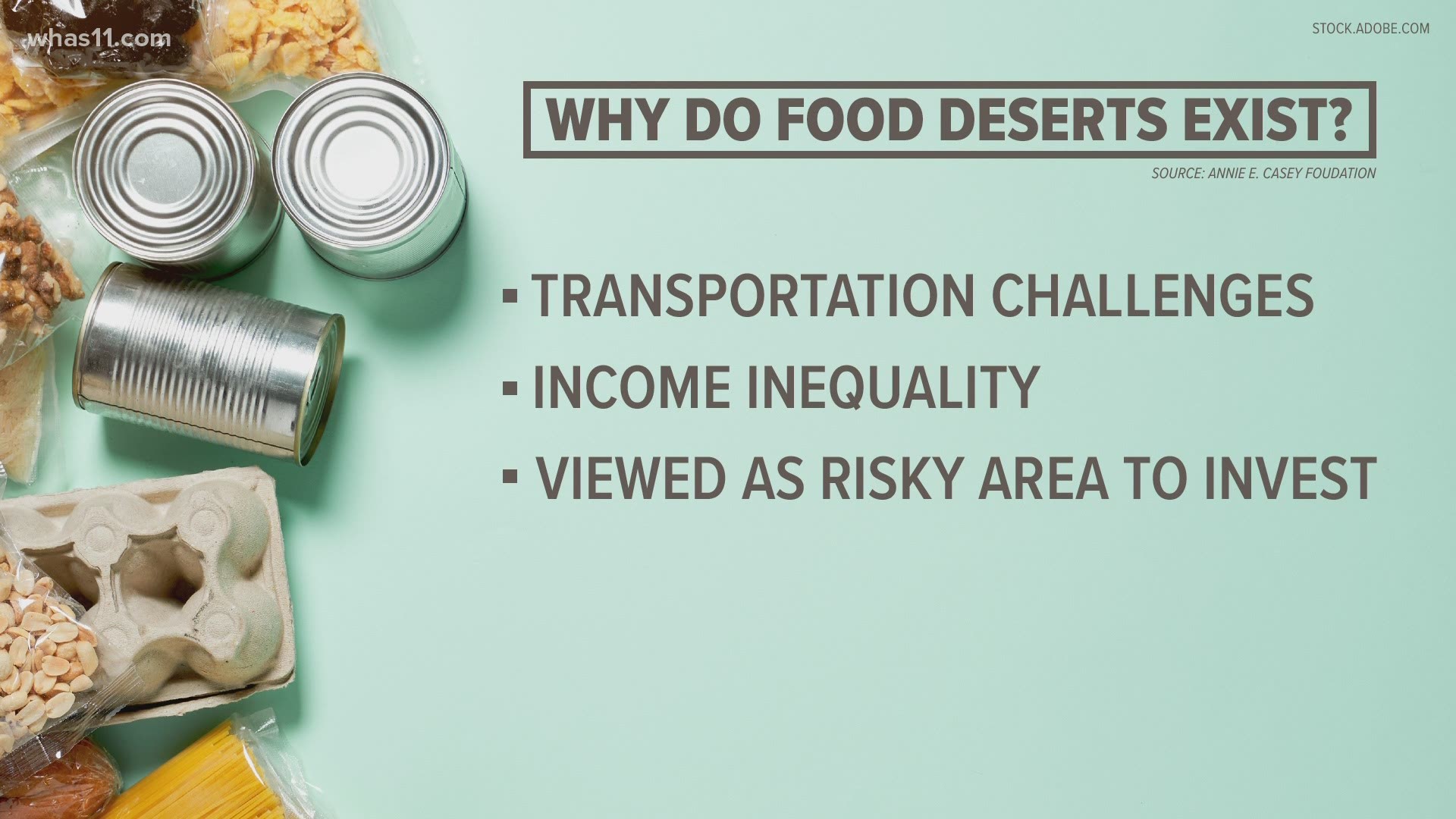 LOUISVILLE, Ky. — A recent announcement from Louisville Metro Council is bringing new hope that a grocery store in West Louisville can become an oasis in what is now a "food desert" for many residents.

Experts refer to areas as food deserts when residents don't have easy or meaningful access to healthy food options - either because of proximity or cost.

Food deserts can be very dangerous for the people living in them, and costly for the community around them. Data from the USDA and partner organizations show that living in a food desert is linked with higher rates of obesity, diabetes, cancer, and even early death. For kids living within these areas, this can mean a lifetime of health battles.

According to statistics from National KIDS COUNT, up to one in four Kentucky Kids has been food insecure since at least 2008.

Food deserts can exist due to many factors, but the Annie E. Casey Foundation has identified some key and common ones.

Transportation challenges are often involved since low-income families are less likely to have a reliable car or convenient access to public transportation.

Income inequality plays a huge role, too, since healthier diets have been found to cost more and therefore not be viable options for those struggling to make ends meet.

Supermarket developers also often view food deserts as risky areas to invest in, due to lower purchasing power of residents and higher crime rates. Whether this higher risk is real, or simply perceived, it can still keep developers away, according to the Annie E. Casey Foundation.

This is why Metro Council President David James said this potential agreement for a grocery store in West Louisville could be a major breakthrough.

"[It] really truly would provide the services that we've been looking for that we desperately need that we've been unable to attain from the large corporate entities that provide groceries now in different parts of our city," James said.

Credit: WHAS
Data from the USDA shows neighborhoods in Louisville half a mile or more away from a supermarket.

Louisville is just one of many cities in the US struggling to address food deserts. In fact, the Greater Louisville Project found it was in the middle of the pack compared to similar cities nationwide.