This baby elephant is the Louisville Zoo's latest star

The adorable calf is quickly becoming a famous face. The staff has been waiting for his arrival for nearly two years, so he deserves the attention! 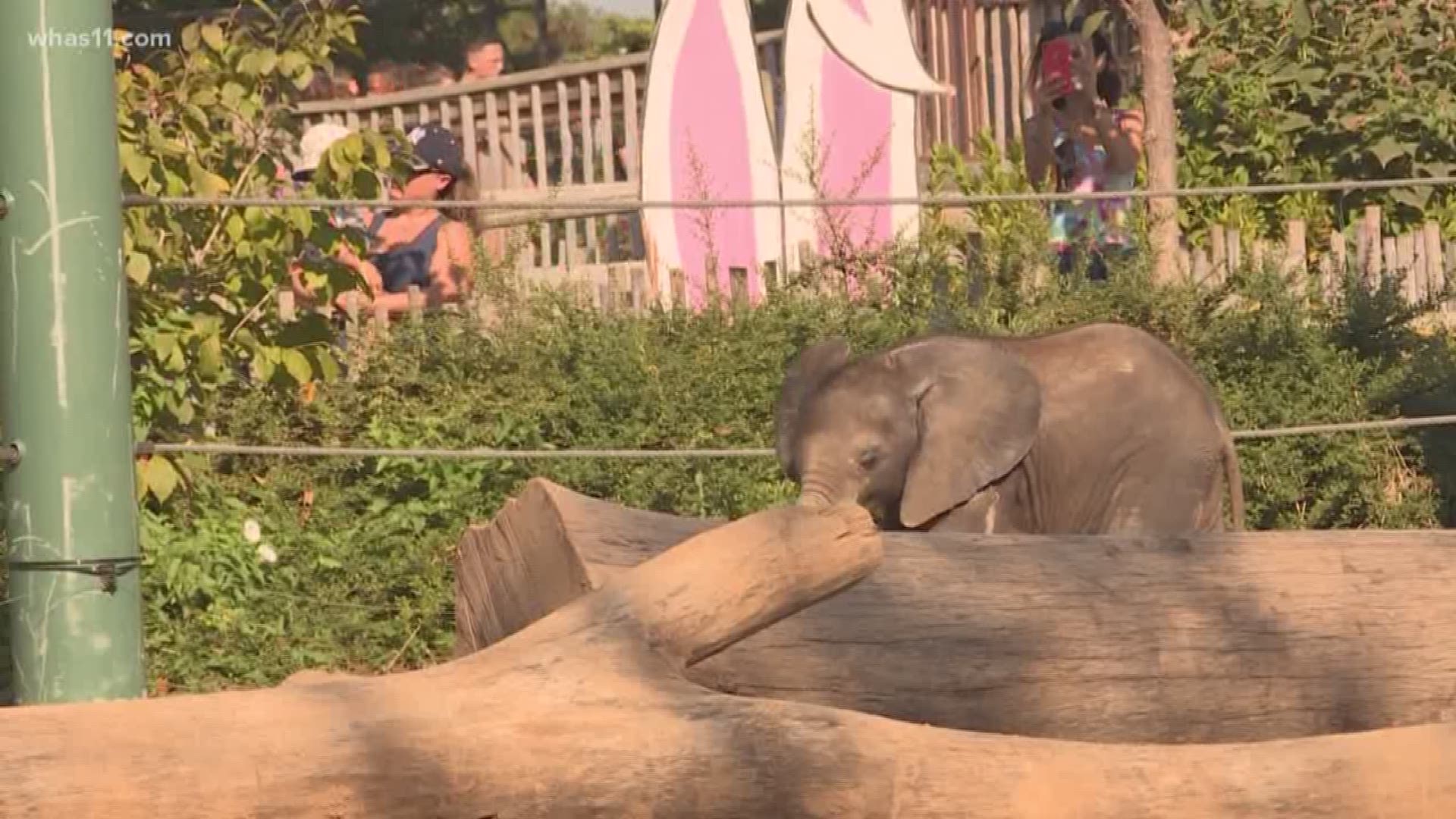 LOUISVILLE, Ky. — The newest addition at the Louisville Zoo may be one of its most popular animals right now - and with a face like that, are you surprised?

After nearly two years of waiting, African elephant Mikki gave birth to an adorable baby boy on August 2, and soon he'll get a name!

Let’s take a look at how mom and baby are getting along with the help of Louisville Zoo Assistant Director Steven Taylor.

ROB: How long was Mikki pregnant before she gave birth?

Elephants have the longest gestational period in the animal kingdom. Mikki was pregnant for 651 days before giving birth to her bundle of joy - that's more than 20 months!

The zoo staff was at Mikki’s side 24/7 starting in July, waiting for the birth of the calf. Even after the calf was born, that care didn't stop.

“We continue to have people here 24/7, continuing to watch the calf and mom to make sure everything is going very well,” Stephen Taylor said.

ROB: What kind of traits are people seeing in Mikki’s calf?

“This little guy has been all boy right from the start,” Taylor laughed. “There’s no doubt about it.”

The calf is definitely known for his high energy. He is usually running around the yard and playing on logs and rocks.

“He’s very entertaining for guests,” Taylor said. The calf made his debut on September 9 and has quickly become a fan-favorite on social media.

ROB: Mikki is using her trunk to throw dust on herself. Why do elephants do that?

Elephants – like humans – need to protect themselves from the sun. Since they don’t exactly have SPF at their disposal, they use dust as their “sunscreen". The dust is also effective at warding off flies and other insects.

Mikki’s calf has darker skin than his mom, but it most likely won’t stay that way. According to Taylor, elephant skin doesn’t stay the same color; it adapts to the elephant’s surroundings, specifically the color of the soil.

Mikki’s calf won’t be called “Mikki’s calf” for much longer. The Louisville Zoo is hosting a naming contest for the little guy that ends on October 20. Out of 15,000 suggestions, the zoo has narrowed it down to the final three names: Fitz, Rocket, and Walt. Zoo guests can vote for one of these names through October 20.