After 15,000 submissions, the zoo says Fitz, Rocket and Walt are the names remaining in the contest. 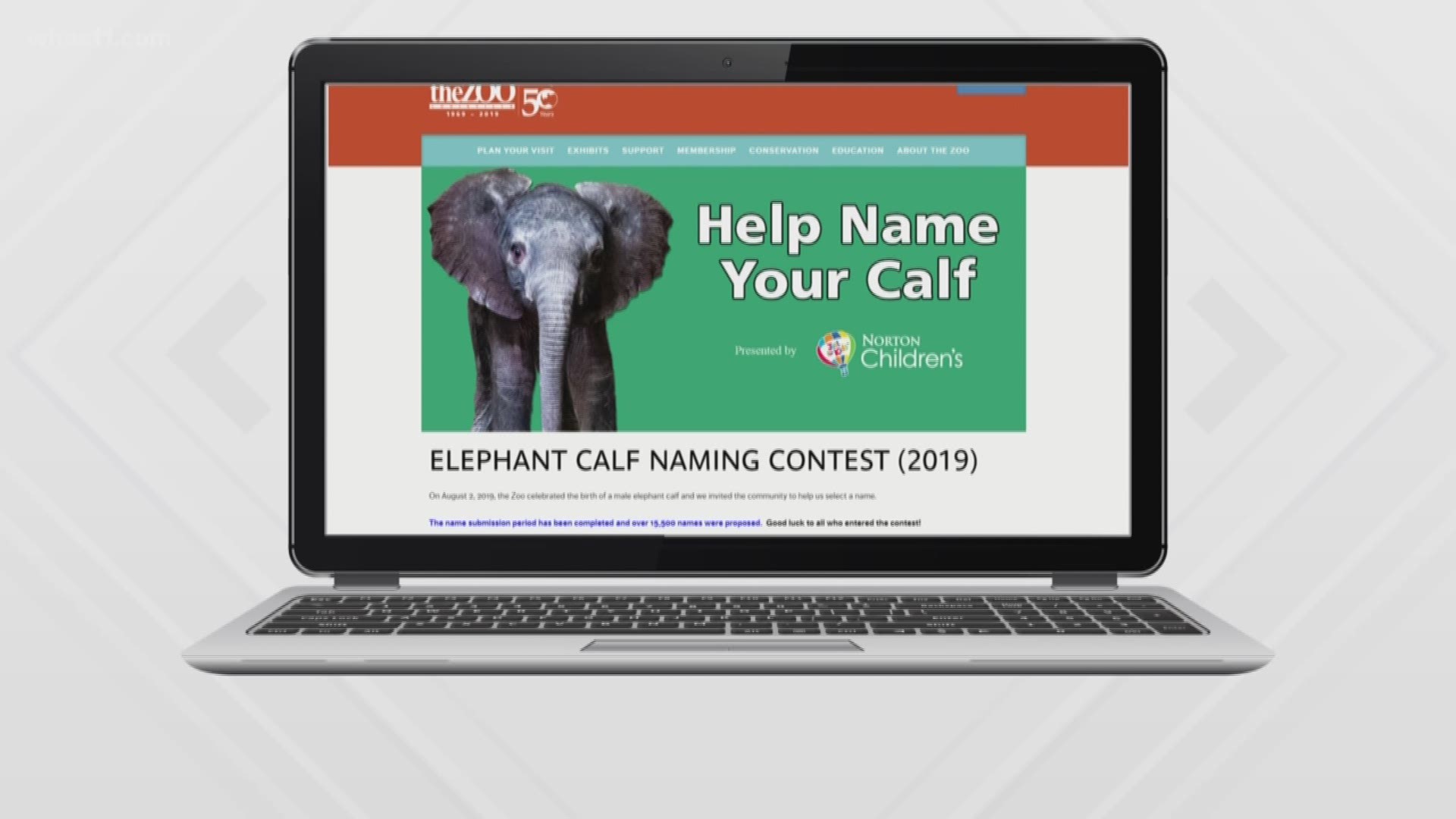 LOUISVILLE, Ky. — Zoo officials are one step closer in choosing a name for Mikki’s The Elephant’s baby.

The zoo says the finished the submission phase by narrowing the contest down to three names after 15,000 submissions.

Fitz, Rocket and Walt all had duplicate entries, so the Zoo’s elephant crew did a random drawing among each of the three names to decide the finalists.

According to the Zoo:

Kristin Hays of Prospect, Kentucky submitted Fitz. She says he grandfather had an affinity for elephants and passed that love on to her.

Tatyana Malkin’s daughter, 9-year-old Sofia, asked her to submit Rocket to go along with their bongo named Groot, both from Marvel’s Guardians of the Galaxy.

The public can vote on the names starting Oct. 7 with the contest ending on Oct. 20. If you’re visiting the zoo, you can drop coins or bills into a naming kiosk located near the elephant area.