Hunger strikers for Breonna Taylor on 11th day, say no halt until officers are fired

The hunger strikers for Breonna Taylor are starting to feel the side effects, but said they have no plans to give up. 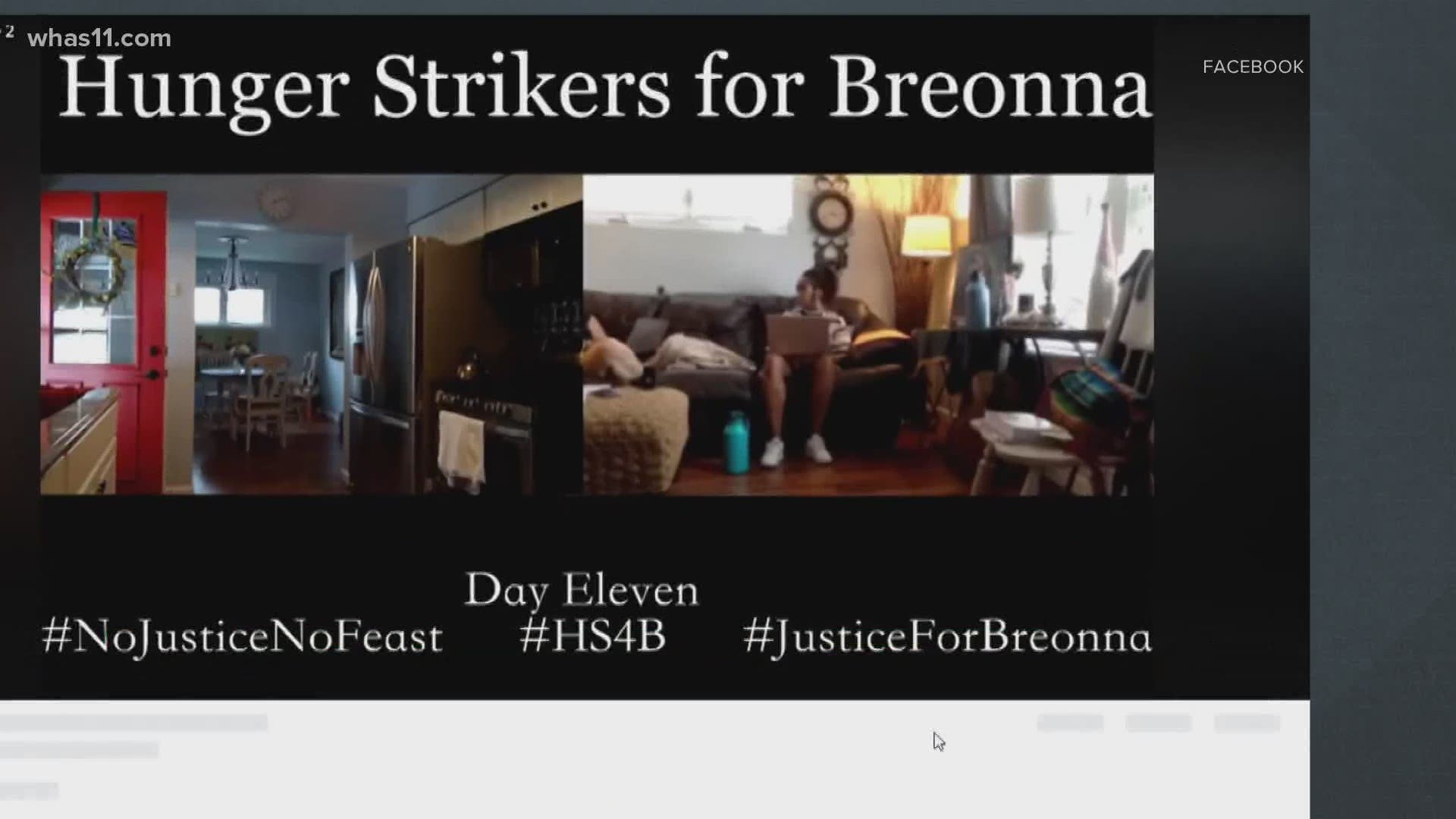 LOUISVILLE, Ky. — The hunger strikers for Breonna Taylor said they are starting to feel the side effects of forgoing food for over a week, but on the eleventh day of the strike, they said they have no plans to give up.

"This is a small piece of a bigger puzzle of social justice movements in our city that is trying to get justice for the Taylor family," said Vincent Gonzalez, one of four participants.

The group said it will put a halt to the strike if the officers involved in Taylor's case get fired. Participants mostly drink water, occasionally drinking herbal tea and taking supplements.

"The physiological symptoms are there and I can't stand up to fast," Gonzalez said. "When I get up and go to the fridge to get some more water, that's an energy expenditure that you have to be mindful of — these things that we somewhat take for granted."

The group has a medical staff checking on them at a Louisville home.

A livestream on 'Hunger Strike for Breonna Taylor' Facebook page is posted to show the group's devotion.

"This is not the Mickey Mouse Club," Gonzalez said. "This is some serious stuff that we're doing to our bodies."

Vincent said on Thursday he felt fine, but said there is no telling what the next day or next weeks may bring.

"We may perhaps do irreversible damage to our bodies, but our sense of justice is so grand," he said. "I am willing to make that sacrifice that's how sincere we are."

The group said they are awaiting either the firing of all remaining officers involved, or for all officers to lose their pensions.