“Just because you're on the water, does not mean this virus is not out there,” explained Tony Kayrouz with Jefferson Co. Sheriff's River Patrol. 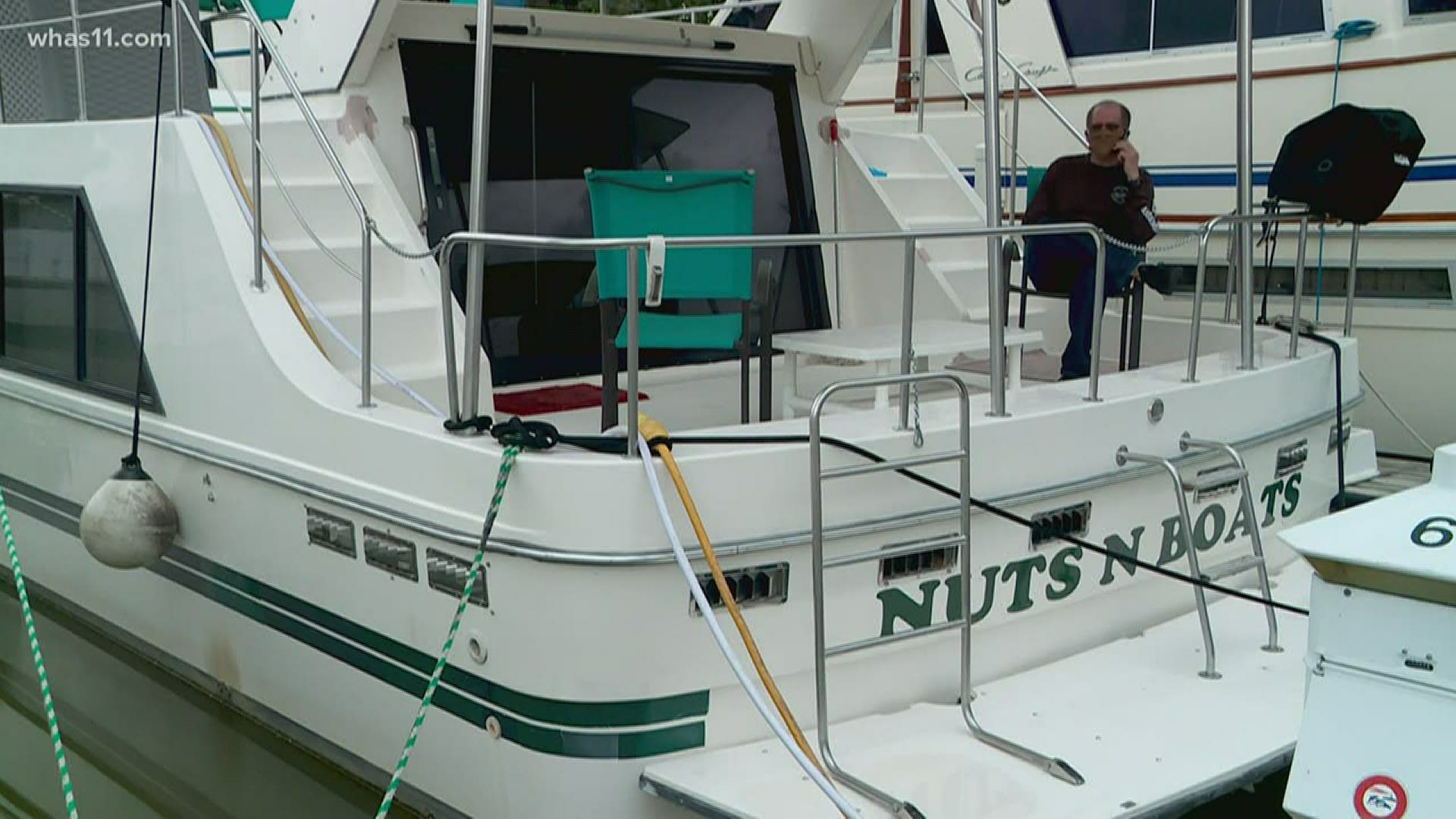 LOUISVILLE, Ky. — A gloomy Friday meant a quiet Ohio River, but it’s likely not for long.

After weeks of staying home, some boaters are more than ready for the water’s warm welcome back during next week’s holiday weekend.

“It’s so much fun being on the water, I want to go boating,” joked Tony Kayrouz.

Kayrouz captains a 52 foot motoryacht named Nuts N Boats, but he also runs the River Patrol Unit for the Sheriff’s Department. He knows boat life comes with responsivity, especially during a pandemic, and with the kick-off of Memorial Day weekend only seven days away.

“Just because you're on the water, does not mean this virus is not out there,” he explained.

He said this summer, there's more to safety than life jackets.

“Be prepared, make sure, you don't want your loved ones getting sick, so just use our thinking to be safe.”

Gatherings of ten or less will be allowed for the holiday weekend, but Kayrouz said boaters should still social distance.

“If you're going to anchor out, say at The Cove or whatever, you don't have to anchor side by side. You can anchor close enough to be social, but not crowded,” he advised.

River units will be on the water next weekend. At this point, there are no new pandemic-related guidelines that have been implemented, but Kayrouz suggests those on the water still follow the rules of the land.

“This is a horrible, horrible virus, and it's a killer. We need to listen to our governor and our mayor and listen to what they're saying because it can happen to you.”