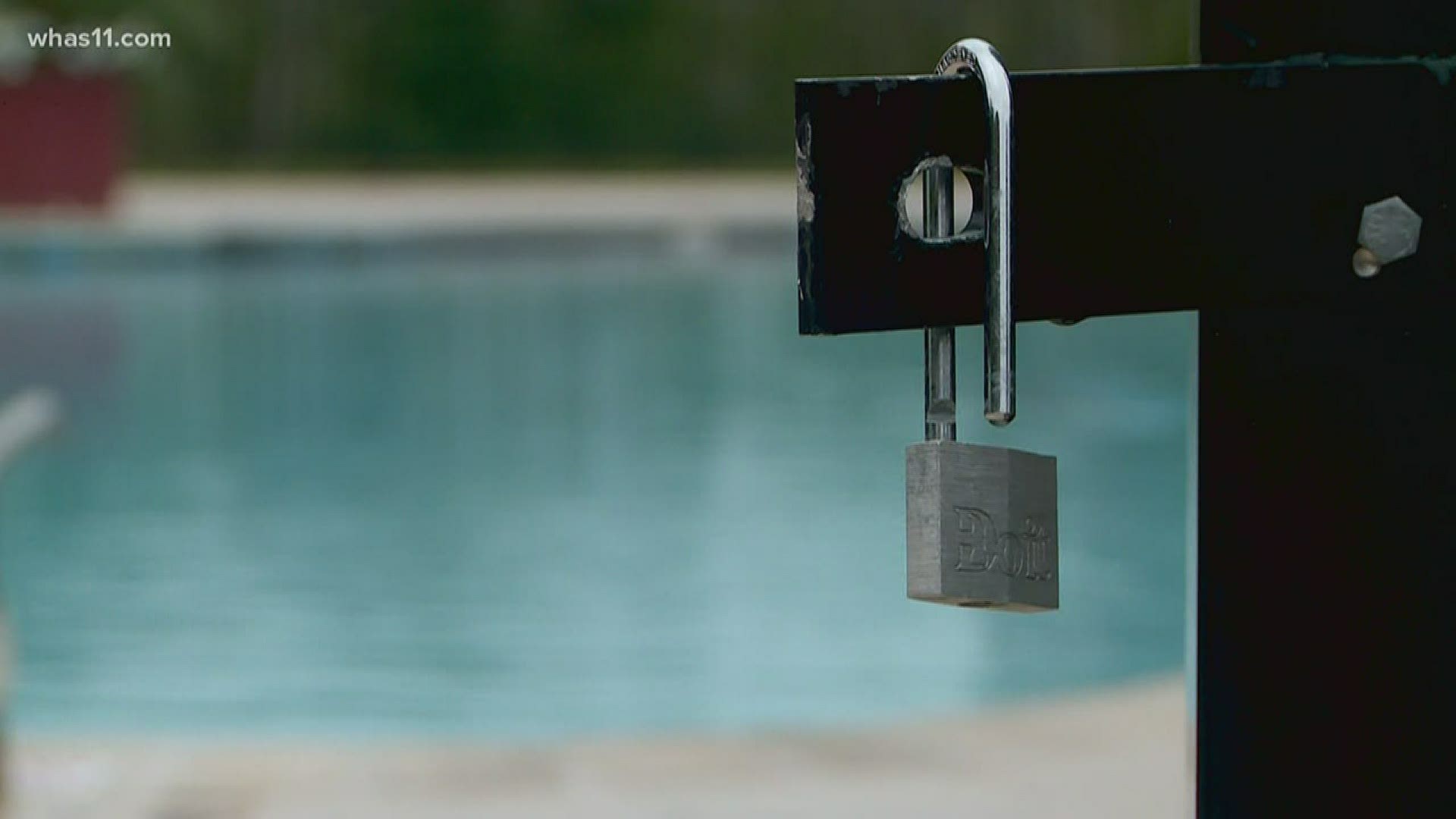 LOUISVILLE, Ky. — On the brink of summer, pools still sit locked with no date in sight as to when summer days poolside will be back. While the rally to open swimming pools did get Governor Andy Beshear to take the first step, recreational swimming will still have to wait.

Lakeside Swim Club got more than 17,000 signatures on a petition urging Beshear to open pools, but the governor was firm in his response Friday night.

But now, some people will be swimming sooner than expected.

Friday, Governor Beshear announced aquatic centers used for training, pools connected to fitness centers and pools used for exercise will be able to open on June 1.

"We still hope that teams or an organized group will be included in that," said Mike Deboor, the head coach of the Lakeside Swim Team.

Deboor said they had been pushing for swim teams to be included in the fitness category of reopening. For the future collegiate athletes and the ones being recruited, not swimming for nearly two months is huge.

"We're normally 48 to 50 weeks of training and it's pretty consistent," Deboor said. Deboor said the Lakeside Swim Club is separate but is still filled with lap swimmers he hopes will be included as well.

The guidance for some pools is still up in the air, but Beshear made it clear: recreational swimming is still not allowed.

"It's very different than a pool that has 100 kids in it, unfortunately," Beshear said.

Scott Miller, the president of Kentuckiana Pool Management, said many of his customers understand that if swimming does resume, additional safety precautions will need to be taken.

"My customers are willing to take those steps so they can at least use the pools on a limited basis for the summer," Miller said.

Miller is currently working with some of the top aquatic professionals in Louisville to create guidelines to send to the state.

"To show them that we feel like we can open these pools safely, with pretty strict guidelines, but that we can," Miller said.

Scott says if there's any chance of getting recreational pools open in a safe way, there has to be a plan that allows lifeguards to get certified. Without them, these pools wouldn't be able to open.