Kendall Optometry Ministry, Inc. is a non profit that gives people who can't afford them, used glasses, but that generosity may be in jeopardy. 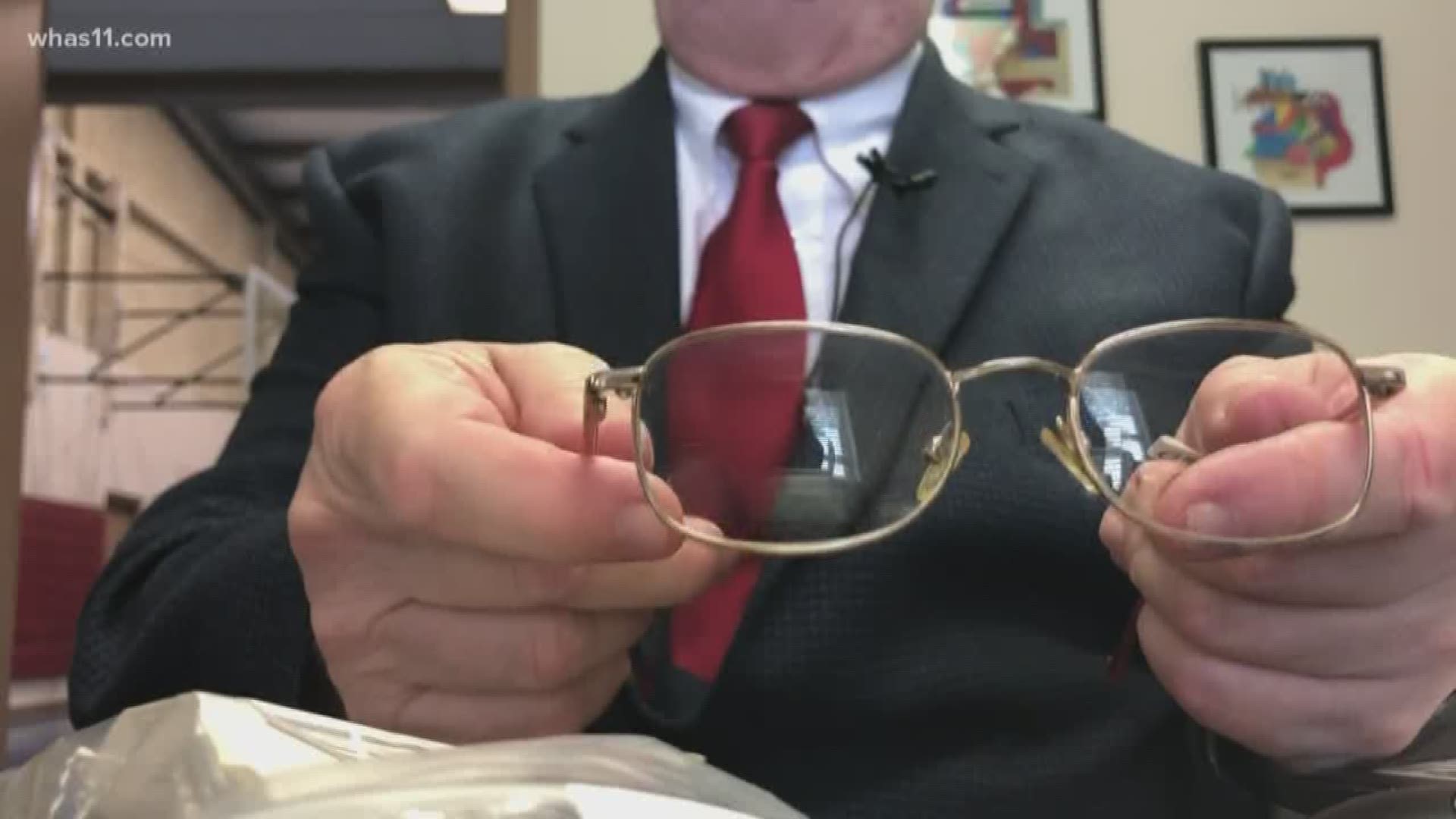 LOUISVILLE, Ky. — Holland Kendall has worked to help the homeless for the past 30 years. He created Kendall Optometry Ministry, Inc in 2003 and has given out thousands of used eyeglasses.

It's an extension out of Fern Creek Baptist Church. A letter he received a month ago is calling for an end to these free clinics here in Kentucky.

Kendall believes it's his duty to help people see, "because I know that there are people on the streets in Louisville who would be off the streets of Louisville if they could see."

He says not everyone is able to afford eye care, "These are all of the glasses that we have for this free glasses clinic. Those glasses are automatically selected by a computer program that I wrote which is on this desktop right here."

This equipment has been used in 79 countries. The person's eyes are measured and the computer prints out a list of glasses that match the prescription. You can find the glasses through their filing system.

Glasses come from The Lions Club and other organizations, "We don't give out glasses that we would not wear ourselves."

Kendall said, "Optometrist by law have to hand out new glasses and these are used glasses. We understand that that is reasonable."

The Ministry held another meeting in March and received a letter saying in part, 'It would be a violation of law if eyeglasses provided are not new, first quality and made to meet the individuals personal prescriptions. 'Going on to say that 'they need to have a license.'

"We are not trying to hurt anybody. If we thought this ministry was harming anybody, we would never do it," said Kendall.

Kendall is going up against the Board this weekend. The non profit has a free clinic at Norton Healthcare at the end of July, depending on the Board's ruling, they may have to cancel it.

We did reach out to the Examination Board and are waiting for a response.