This week's episode of Vault Studios' 'Strangeville' podcast features WHAS11 reporter Shay McAlister and her investigation into Wildlife in Need. 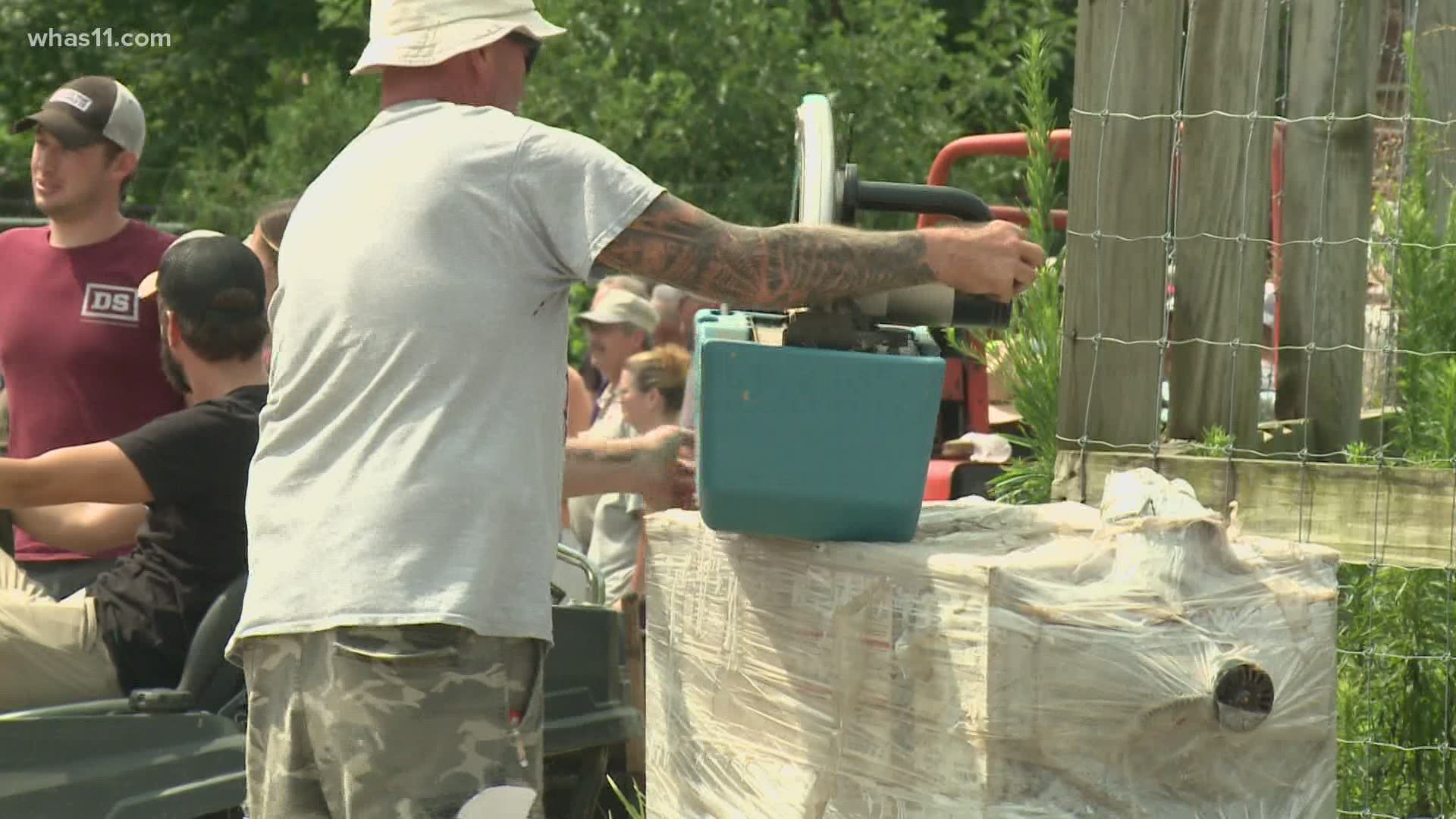 CHARLESTOWN, Ind. — The investigation into Wildlife in Need in Southern Indiana is now getting national attention, as it becomes the topic of a new podcast episode released Wednesday.

WHAS11 aired a two-part investigation into allegations of neglect and abuse at the self-proclaimed animal sanctuary in February 2020 after interviewing a dozen former staff members. Their claims were backed by more than 500 pages of state and federal records.

"He's been operating since 1999," former volunteer Jordan Jones said in the investigation. "This has always been something that's been swept under the rug."

Former employees described dirty cages, injured animals that did not get vet attention and a lack of food and water. The documents highlighted unethical euthanasia, missing or fabricated records and too few staff for too many animals, among other serious allegations. The failed inspection reports dated back nearly ten years.

Within weeks of the investigation hitting the air, the USDA revoked founder Tim Stark’s animal exhibitor license, and the Indiana Attorney General filed a lawsuit to shut him down for good.

Nearly one year to the day after WHAS11 first exposed allegations of neglect and abuse at the nonprofit, the state of Indiana has presented its final evidence against Stark and in April 2021, a judge ruled Stark was using nonprofit funds for his own personal use.

Stark was been permanently forbidden from owning and exhibiting any exotic or native animals and is required to return all funds and assets to Wildlife in Need. The property, and all animal cages that were left behind, was auctioned off in July.

The first season of Vault Studios' weekly podcast Strangeville, which delves into strange but true crimes from around the country, will feature Shay McAlister and the story behind an Indiana man who claimed to love his animals and his job.

Listen to the full episode here.

You can follow Strangeville on Apple Podcasts, Spotify, Stitcher, Google Podcasts or wherever you listen to podcasts.