Is it safe? | Soccer practice facility built on top of former toxic ash landfill near completion

The FOCUS team finds out how construction of a state-of-the-art practice facility continues at Champions Park with a health hazard underground. 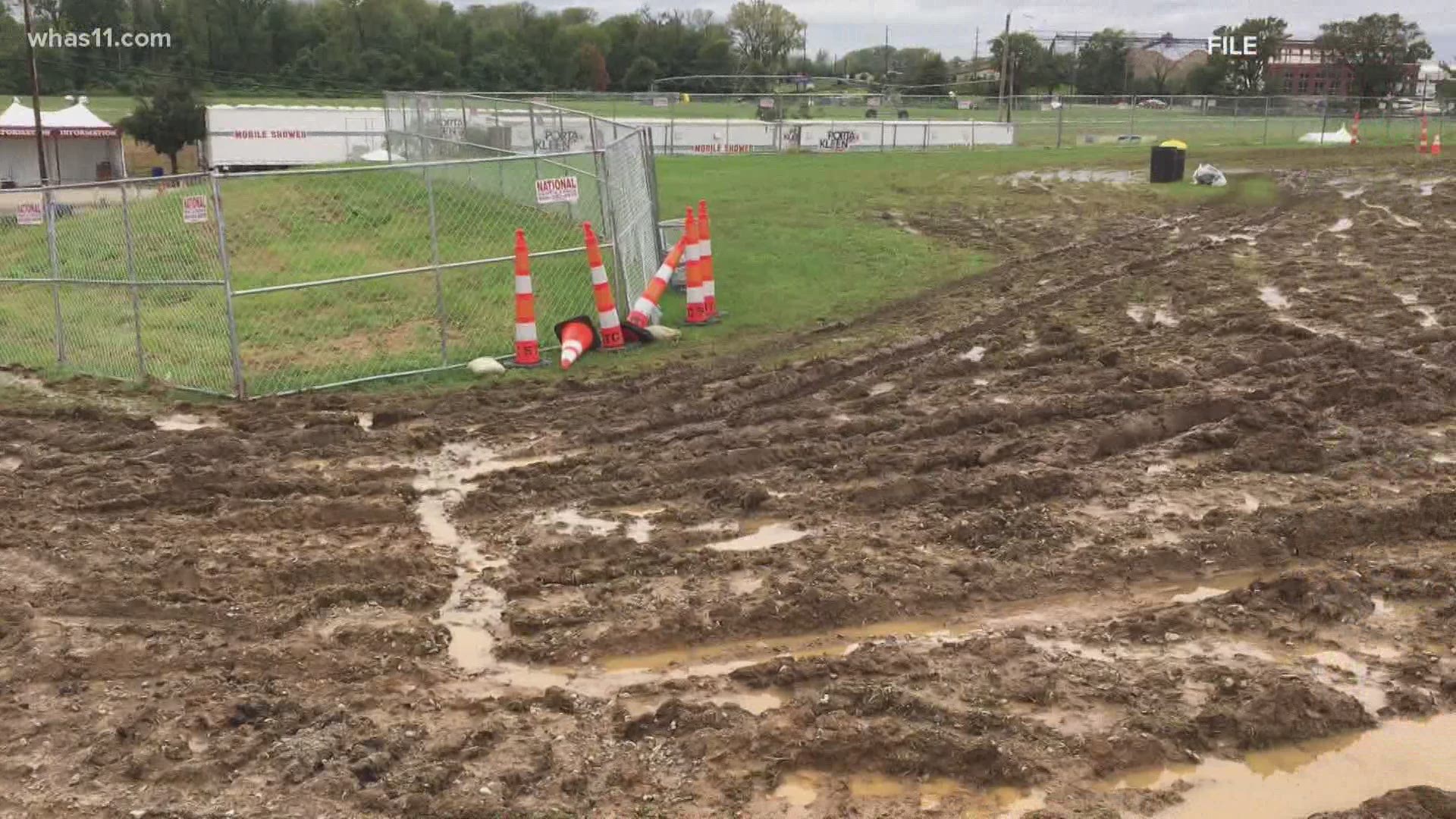 LOUISVILLE, Ky. — An old landfill is not exactly prime real estate, but the ownership group behind professional soccer in Louisville didn’t see it that way until they invested $15 million.

They broke ground in August, even though breaking ground at Champions Park has been a major concern for a long time.

The first "half" sees plenty of action, even though it’s just practice while the second half, just as busy, doing the dirty work with the goal of completing a league-leading practice experience by late April.

This is what the players crave for and this is what they deserve,” Christy Holly, Racing Louisville Head Coach, said. “In order to get it from where it was to where it is, it's fantastic work.”

"Where it was" or more appropriately "what" it was. It was a place to play soccer already in Louisville, and it was also the place to park and camp at "Bourbon & Beyond" until torrential rains shut it down in 2018.

There was serious concern about the deep ruts spinning tires created as RV’s and other vehicles had to be towed out.

The reason for concern? Because it was happening on top of what was a toxic ash landfill, prompting back then geologist Bill Johnston with Linebach Funkhouser along with state samplers to test for any escape of toxins.

“[We] looked at where the deepest ruts were,” he said. “No rut was deeper than five inches. There was not any contamination that had reached the surface of the site.”

Protecting us above ground from the ash below ground is a two-foot cap – made of a half a foot of soil and a foot-and-a-half of compacted clay.

FitzGerald, an attorney and director of the Kentucky Resources Council, had explained how designs prohibited anything in-ground, including fencing.

“Eighteen inches of barrier between the public and that waste, you don’t mess with it,” he said.

When FOCUS sent over a series of construction photos, including the massive light poles already installed, Fitzgerald said he couldn’t believe it and had an initial reaction of “oh no, not again.”

FitzGerald says he immediately raised a red flag with the city, as well as with the commonwealth's Department for Environmental Protection.

And that would likely dig into the ash.

“The integrity of the cap is essential,” he said.

Within days, a state inspector showed up. Johnston was back on site and on the job – this time for the developer.

“He was in agreement with everything, he said we had done everything exactly like we were supposed to,” he said.

According to a stack of project documents FOCUS obtained, including the state inspection, the project was in compliance and had been sticking to the plans.

The main building for offices and locker rooms is specially engineered.

“It's actually a floating foundation, it was not dug down – and that was a design to allow us to not have to go below the cap, he said.

Plans to keep the lights on with 70-foot high light poles required an additional 15-feet to go into the ground.

“The only thing that really has penetrated the cap are those light poles,” he said. “It's obviously into that fill material.”

“We've cast that in concrete so that's not creating a conduit for any contaminants to go down into the ground water table,” he said.

Brad Estes, the president Soccer Holdings, said the project has gone unbelievably quickly and in some areas of it, they’ve added another layer protection.

“What you see on this site is a lot of dirt that's been moved around and actually we've added to the site, so the cap and the bad stuff is farther down than it was before,” he said.

Estes said there was nothing blurred, nothing overlooked to achieve the vision.

“The experts told us that it was good to go,” he said. “What we've done is we've taken a landfill and we've turned into something that the city can be proud of.”

From what he's now seen from the constructions plans and the inspection, Fitzgerald approves.

“It’s a good, adaptive reuse,” he said. You can use these sites, you just have to respect the limitations of the sites, that's what didn't happen with the Bourbon & Beyond debacle and that is what did happen here.”

FitzGerald says maintaining the cap's integrity is probably in better hands now with this ownership group.

They have a better budget for it, especially since the lease for this property is just a dollar a year.