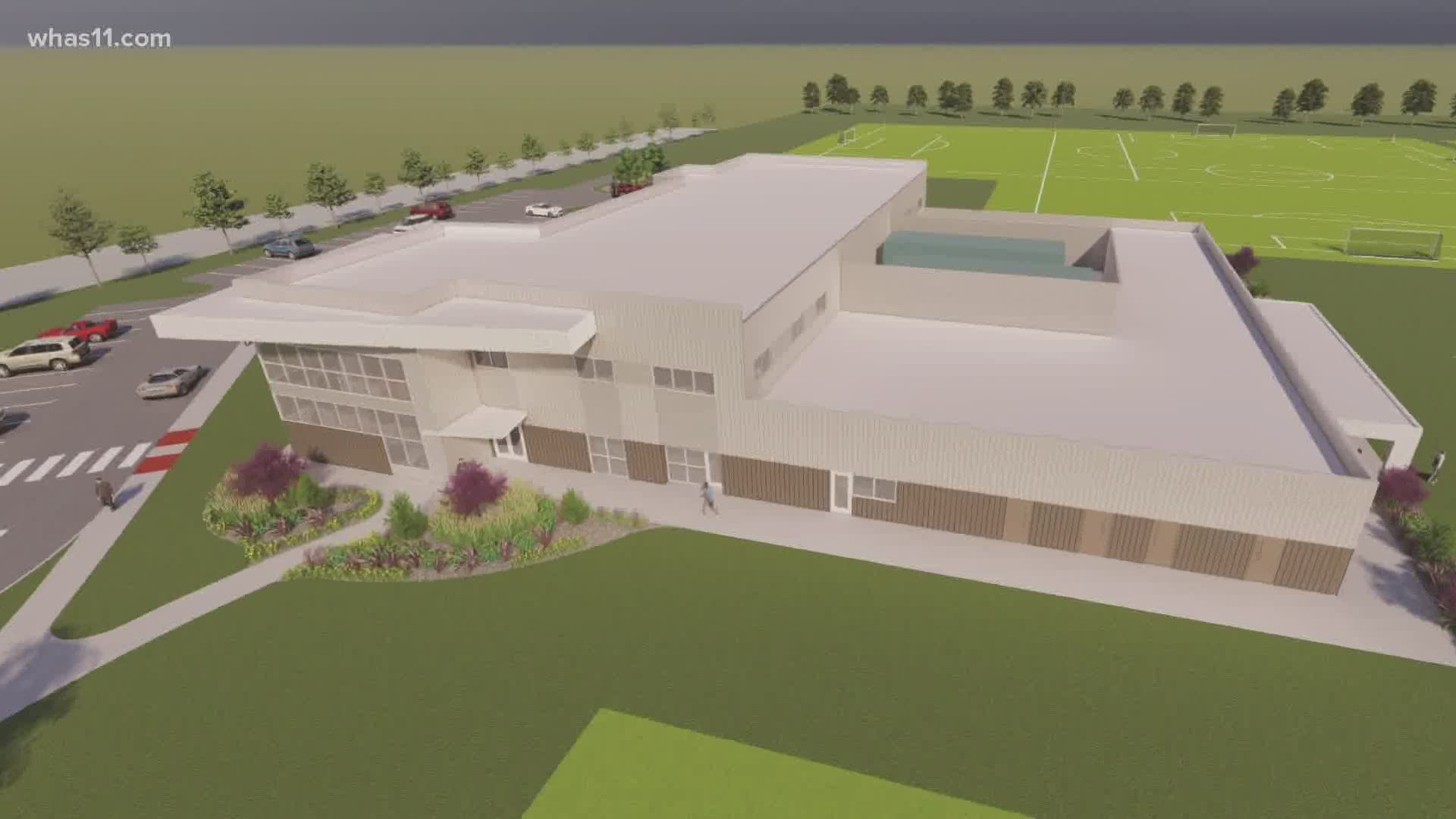 LOUISVILLE, Ky. — The National Women’s Soccer League’s newest expansion franchise will be known as "Racing Louisville FC." The club's name is a nod to the horse racing tradition in Louisville.

“We couldn’t be happier with the work Matthew has done in creating a unique and identifiable brand for Racing Louisville FC,” said Soccer Holdings’ president, Brad Estes. “The color palette and core elements in the crest allow for creative merchandising opportunities we hope our supporters will love.”

Wolff said lavender is unique to Racing Louisville FC, as no other pro sports team in the country features that color. The designer selected lavender to sit comfortably alongside Louisville City FC’s deep purple.

Wolff also spoke with hundreds of fans and female soccer players during his process in deciding to use the fleur de lis as Racing Louisville FC’s key design element.

“I noticed Louisvillians view their city as the intersection of the south and midwest, along with a cross section of colors. One identifying mark is the fleur de lis,” said Wolff. “The stylized lily flower from the former royal arms of France, the fleur de lis it is firmly embedded into Louisville’s history and culture. It is a symbol of identification and a point of pride.”

NWSL expansion to Louisville was first announced in fall 2019, setting the city up for its first professional sports franchise since the Kentucky Colonels basketball team in 1976.

The NWSL team along with the city's USL team will both play in the new Lynn Family Stadium, the soccer facility just east of downtown, will be able to accommodate 15,304 fans once COVID-19 protocols are lifted.

Meanwhile, Soccer Holdings’ new training facility just down the road at Louisville's Champions Park will include 30,000 square feet of indoor space with separate locker rooms for the women’s and men’s clubs as well as seven fields.

Key events leading up to Racing Louisville FC’s launch consist of an NWSL expansion draft and college draft. Additionally, the re-entry wire could make existing NWSL players available to Louisville’s club, while Racing’s staff can negotiate with other prospects whose current contracts are set to expire heading into next season.

The team is expected to hold a news conference at 11 a.m. to formally make the announcement. You can watch it online at WHAS11.com or our Facebook page.