The number one thing Nurse Practitioners at UofL's Hep C Center want people to know is that Hepatitis C is curable. 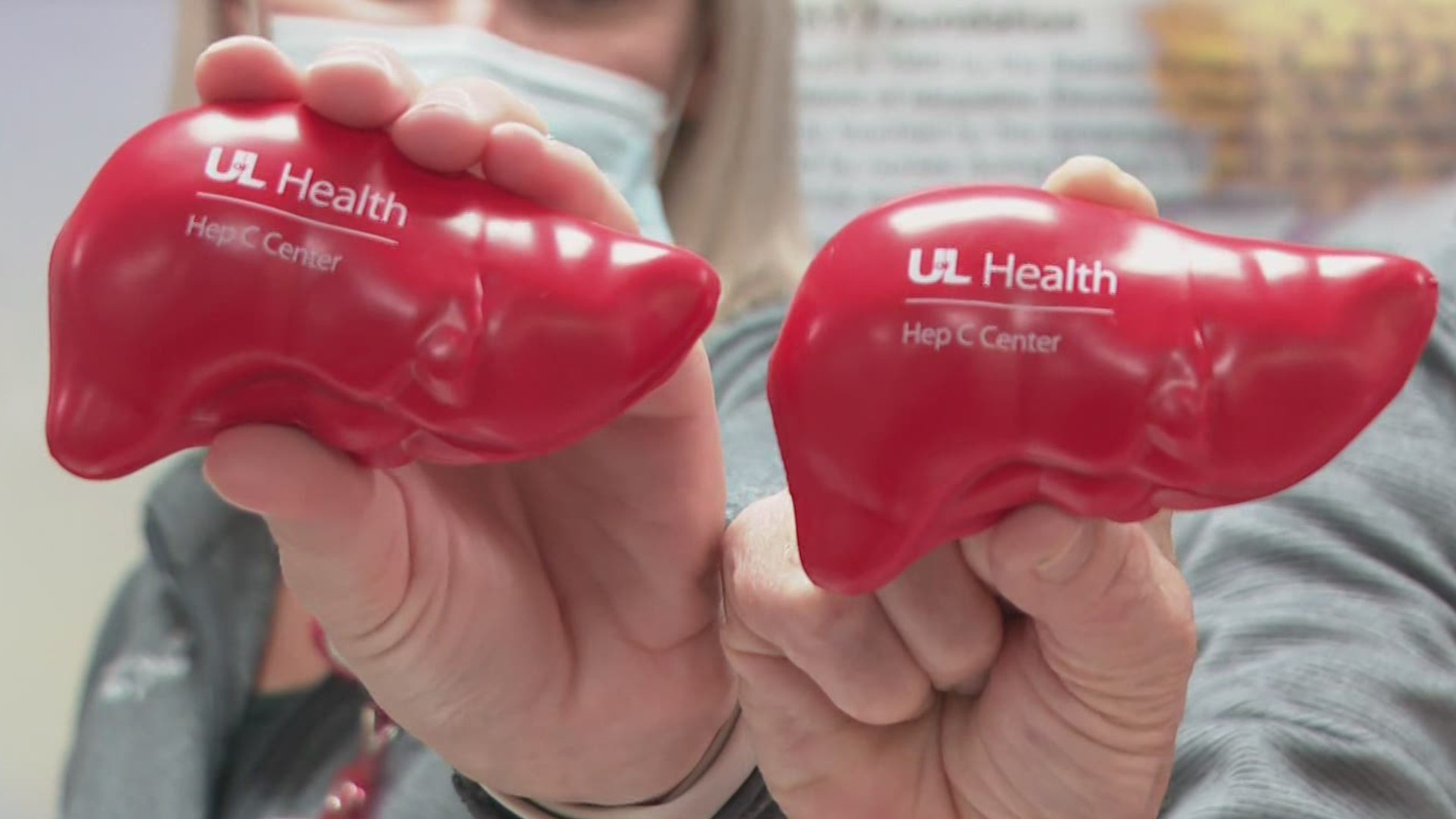 LOUISVILLE, Ky. — While hepatitis can affect all types of people, health officials said there are still many taboos when it comes to getting tested.

"I had a daughter who was born Hep C positive and I didn't even know I had it," said Brittany Jones, a recovering addict.

When she found out she had Hepatitis C, Jones said she thought it was a death sentence.

"So I just kept using, because I thought I was going to die with it anyway," she said.

Jones is not the only one. Dakota Curran put off getting tested for Hep C because he thought it was an incurable disease.

"A lot of people think that you can die from it, which you can, but they feel hopeless when they realize they got it, they don't realize that there's a way to get rid of it," said Curran.

Hepatitis B and C are blood-born viruses, while Hepatitis A is associated more with food and waste.

"The number one thing I think people need to know about Hepatitis C is that it's 100% curable," said Nurse Practitioner Tracey Gowan.

"It's like taking a vitamin every day," Jones said. "I take it with my other medicine every day for eight weeks. Just take one pill a day and it's just super easy."

Nurse practitioners at UofL Hospital's Hep C Center are trying to raise awareness about the disease in hopes that more people will understand just how easy it is to fight.

People will not know that hey have the disease unless they are screened. Nurse practitioners said people should be tested at least one in their lifetime, unless they have an increased risk. Anyone who uses drugs, gets unregulated tattoos, has a history of incarceration or was born between 1945 and 1965 should be tested more often.

While people can die from Hepatitis C, officials say it does not have to get to that point.

"I feel like it's better to go get the treatment and be better than to walk around the rest of your life being able to spread it to other people or causing more damage to yourself," said Curran.