Doctors said they are concerned that cases will rise even more as it gets colder. 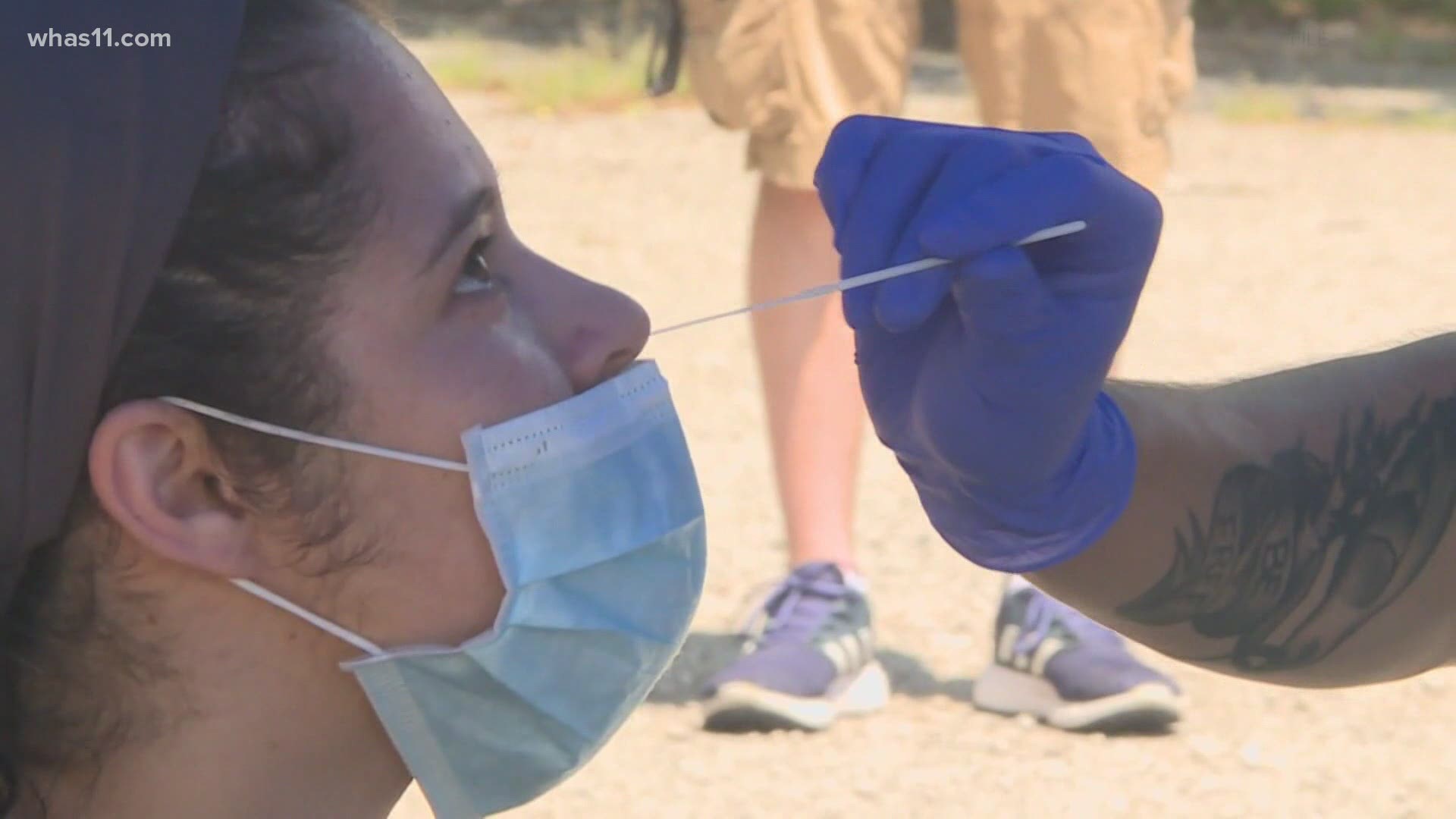 LOUISVILLE, Ky. — Jefferson County continues to be in deep within the red zone as COVID-19 cases and hospitalizations continue to rise — and health experts believe the number of cases is even higher than what records show.

Louisville recorded over 3,000 new cases for the second consecutive week. Chief Health Strategist Dr. Sarah Moyer said that as the days get colder, the strains on the health care system will get bigger and bigger.

While Louisville's hospital capacity and staffing are not a cause for concern at this moment, Moyer and other health officials said it will become a problem with little to no compliance of Gov. Andy Beshear's restrictions.

"We know the actions we take today are important, but the damage is done already, and what we do today we wont see from two, four, six weeks down the line in our hospitalization numbers," Moyer said.

Doctors working on the University of Louisville's Co-Immunity Project presented "very surprising" data from November, showing a huge increase in the percent of people who had coronavirus.

Dr. Aruni Bhatnagar said the data represents "only the tip of the iceberg," saying the rates of infection are much higher than before. Bhatnagar called the data "alarming," saying colder months will likely make the numbers even higher.

"We just completed a study where we looked at 55 countries and found a strong dependence of the rate of infection on temperature," Bhatnagar said. "So we are quite concerned that in the coming weeks there will be even greater spread of the virus and that we have to be extra vigilant."

Rachel Keith, assistant professor of environmental medicine at UofL, said the they found more cases in northeastern Jefferson County and the Shively area.

While in previous months, people struggled to get tested, Keith said now people are not seeking out testing despite having mild symptoms. Moyer said the county is not seeing a lot of flu cases, encouraging anyone who has flu-like symptoms to get a COVID-19 test.

Health experts also showed data on how restriction might impact current trends, saying hospitalizations are projected to skyrocket if there is no compliance with Beshear's restrictions. Low compliance, however, halves those numbers.

"The spread is out of control...it's everywhere, these maps demonstrate that," Mayor Greg Fischer said. "We need to make more progress."

Officials continued to encourage people to celebrate Thanksgiving only with those who have shared living areas throughout the pandemic. If people are celebrating outside of their immediate bubble, Moyer said to wear masks when together, sit six feet apart and always wash hands.

RELATED: Keep the mask: A vaccine won't end the US COVID-19 crisis right away

RELATED: Are dining tents a safe way to eat out during the pandemic? 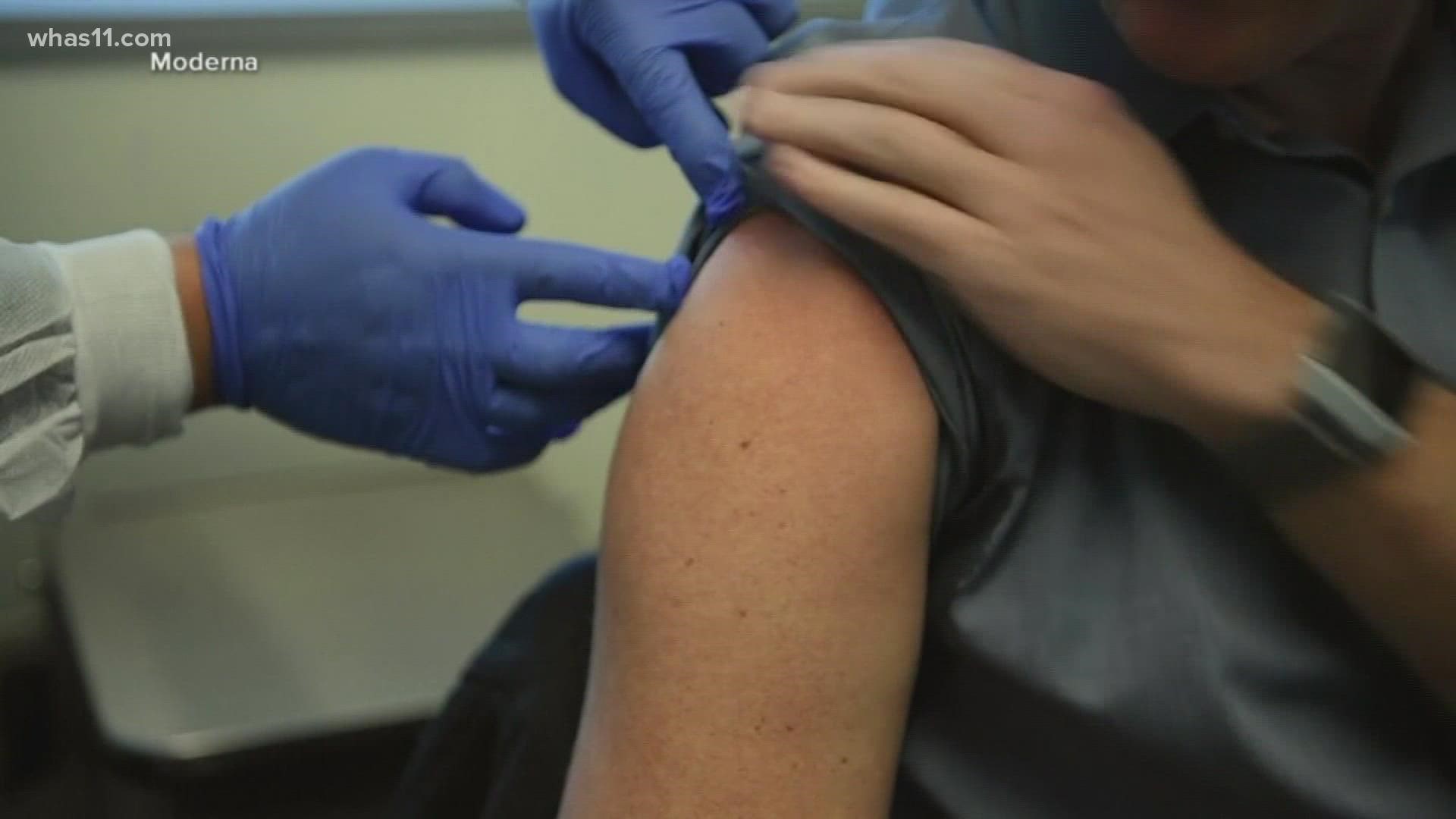 Who can get a COVID-19 booster shot? Extra doses from Moderna, J&J approved by CDC