Rosemary Stiles wanted an the product so she could keep in touch with her kids on the go. What she got may have saved her life. 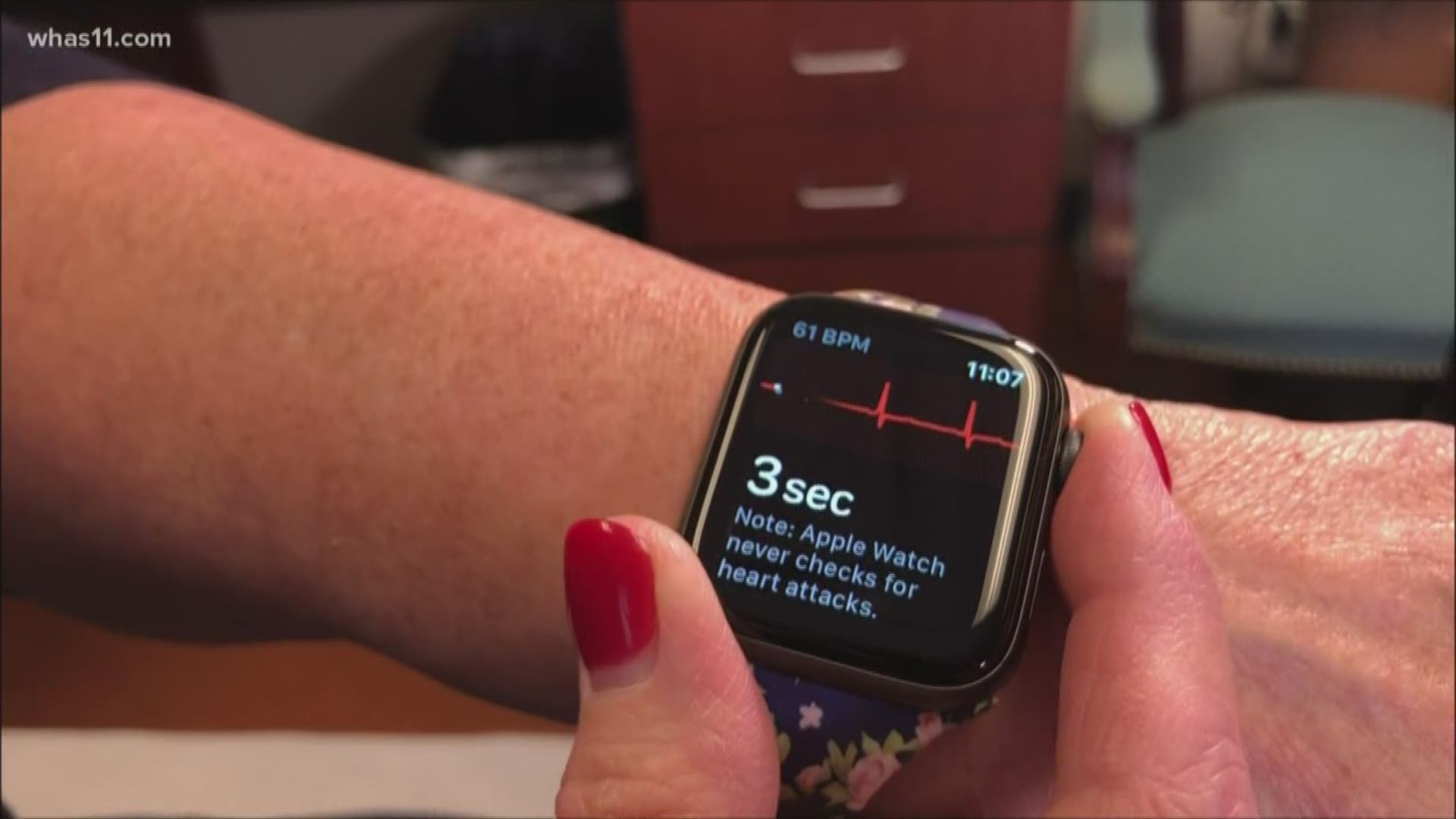 LOUISVILLE, Ky. — Rosemary Stiles received a Christmas gift in 2018 from her boyfriend that she really wanted... an Apple Watch!

She wanted to be able to check in on her kids quickly while she was on the go without texting and driving.

This past May, that gift sent her a notification she was not at all expecting.

"I just fell asleep in my chair and my watch vibrated," said Stiles.  "When I looked at it, it said that it had detected A-Fib and I needed to see a doctor."

Atrial Fibrillation is the most common irregular heartbeat.  APRN Tara Mudd explains it as "you have a lot of signals that are firing off abnormally and it makes the top part of the heart not squeeze like normal."

The side effects of un-diagnosed A-Fib are life altering.

"I felt tired, I was run down," said Sitles. "I had no energy. I would get up in the mornings and I could do a little bit of stuff around the house but then after a few minutes, I would have to go sit down in a chair, and it wouldn't be long before I would fall asleep."

Mudd said Rosemary's case was one of the first when someone came in with a case where the first A-Fib indicator was an Apple Watch.

"I feel like I was blessed," said Stiles.  "I think someone upstairs was trying to keep my alive a little while longer. I've got more of a purpose here of something later on down the road."