Police: Man set own house on fire to "get rid of memories"

A man is in custody following a house fire in South Louisville Saturday night. 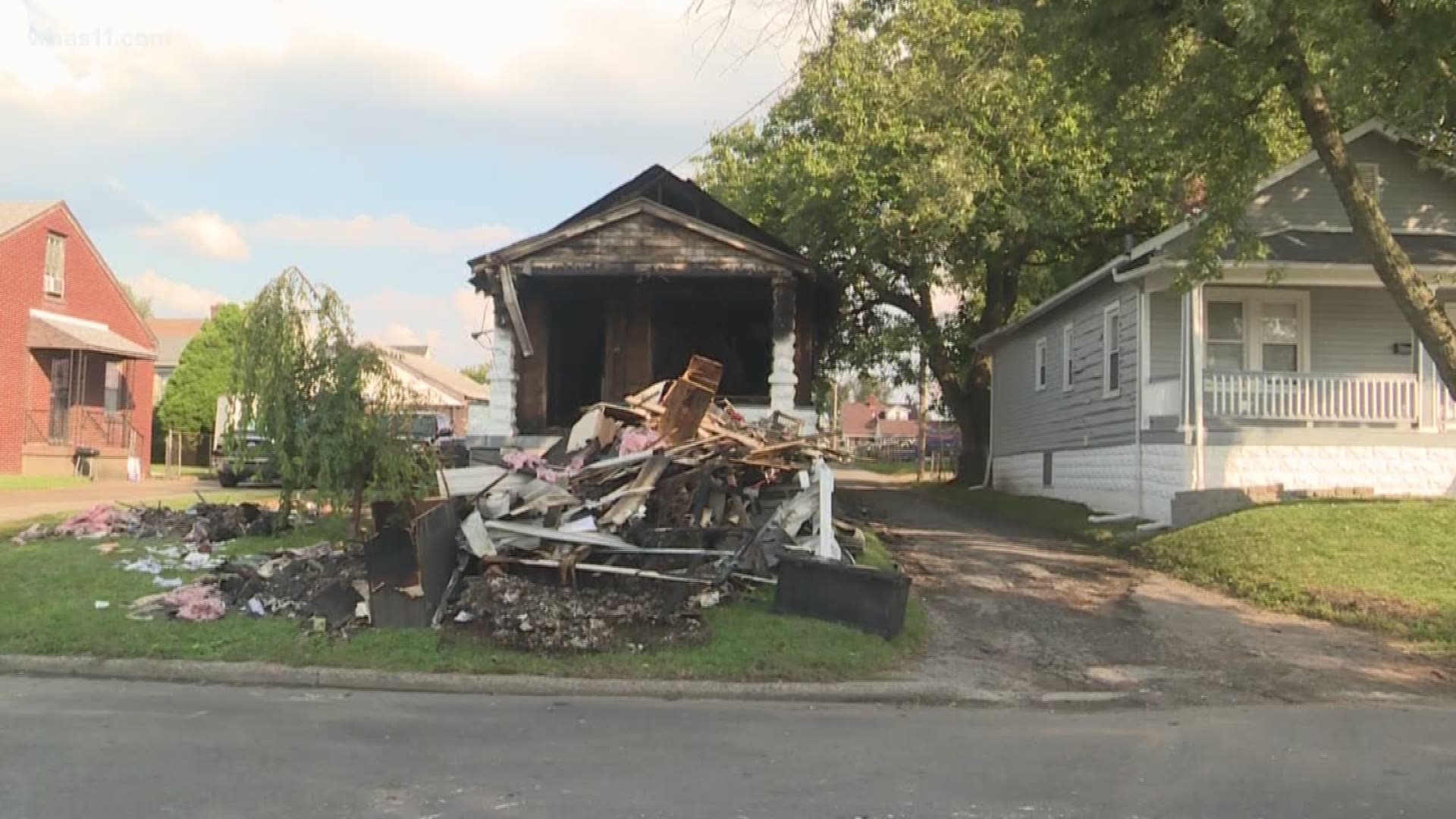 According to the police report, Probus told officers he had set the blaze to "get rid of memories."

Sunday evening, the scent of smoke still hung in the air around the burnt husk of a house and the charred debris piled out in the front yard, which is all that's left after Saturday evening's blaze.

"When I pulled back the blinds, all I saw were flames," Kriss Groth said.

Groth has lived on South 6th Street for 12 years, but she said she had never seen anything quite like what happened Saturday evening around 9:40. She said she was watching television when one of her dogs started barking outside the window, where she saw flashing lights.

"I felt the heat and i had to get my bearings because I wasn't sure if it is the house next door, is it the house down from that?" she said.

Groth soon realized it was the house just two doors down. Police arrested Probus about an hour later and he confessed to starting the fire, according to the police report. Probus also told a witness he was going to burn down another house, according to the report. Groth also left messages on the fence outside his home.

"I was just concerned for my safety, my neighbor's safety, and of course, the safety of my dogs, my animals," Groth said. "That made me really mad because not only is he putting himself in danger, he's putting the neighbors in danger too, and that's just despicable."

While Groth is happy Probus is off the street, she does hope he is able to get the help he needs.

"I just can't imagine what's going through someone's mind that can just set their own house on fire and walk out."