'It was super violating' | Woman seeks help after more than $10,000 stolen from car, including family heirlooms 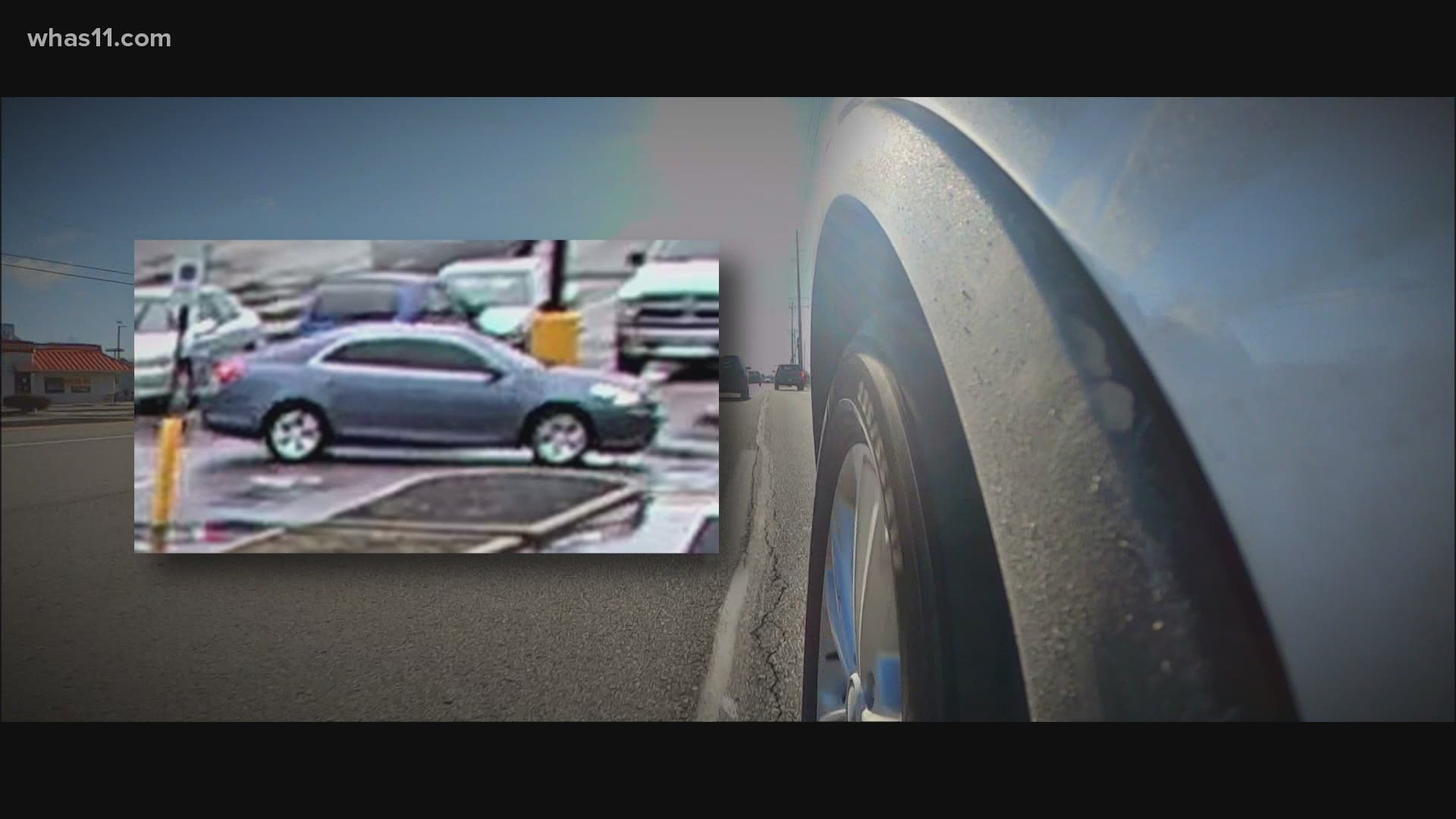 LOUISVILLE, Ky. — The St. Matthews Police Department (SMPD) is investigating an August robbery that resulted in over $10,000 worth of items being stolen from a car in a Best Buy parking lot.

The owner of the car had multiple electronics and family heirlooms stolen. She's now seeking the public's help to identity a person of interest in the break-in.

The woman, who requested to remain anonymous, said she left her car for a short period of time and came back to find her stuff stolen.

"I opened the door and I immediately noticed that my backpack for work was not in there," the woman said. "It hit me. And I realized that my purse was gone and then as I got in the car I realized there were several things that were missing."

"Under five minutes that it took for him to try her door, get in it and take $10,000 worth of merchandise, it was that quick," said Eddie Jones, SMPD assistant police chief major.

SMPD said surveillance video of the break-in shows a large African American man get into the car before leaving with a bag.

Police believe the woman's lime green car may have been targeted.

"He's in the car, I guess just going through to see what's in there," Jones said. "He'll go back and get in the trunk also."

The victim called the incident unsettling, saying it was "super violating" to see someone take her things.

In total, police say that two laptops, two smart phones, a purse and several credit cards were taken from the car. While all of those items can be replaced, the biggest loss may have been a pair of wedding rings.

The rings were in her purse. She was going to bring them to her safety deposit box. They belonged to the victim's grandparent's, who wed more than 50 years ago. They're the same rings she and her husband used to exchange vows.

"Those can't be replaced," the victim said. "There's nothing else that was in the vehicle that I care about. I can't get those back. They're gone, so that's really what hurt the most."

Following the parking lot break-in, Jones said the suspect attempted to use one of the stolen credit cards at Skyway Beverage Shoppe, a liquor store on Hikes Lane.

"He wasn't successful in using that," Jones said.

Though the attempt failed, security cameras at the store gave police a better picture of the person of interest.

"He has distinct jewelry on, a gold chain that he wears on his right wrist, there's a black watch on his left wrist," Jones said. "Looks like he has a fold chain around his neck, and he has some very distinct tattoos that are on both forearms."

Following the stop at the liquor store, the suspect took a dark-colored Chevy Malibu to get an oil change providing a fake license plate number. He also brought in a Jeep Trailhawk to the same shop later that day.

Police are refusing to give up on their investigation and believe that there are more leads that can be followed out there.

"Somebody out there knows who this guy is," Jones said. "We will follow up on cases with every lead that we have, until all the leads are exhausted."

The victim is seeking the public's help to not only bring back some peace of mind, but a chance to have her sentimental wedding rings returned and potentially prevent someone to fall prey to a break-in.

"I understand by this point it may be too late to get my stuff back, but just to have other people to not feel violated the way that I was, and to have something possibly so precious taken from them like I had, I would love for him to be caught," the victim said.

SMPD said the person of interest has distinct tattoos on both arms and may be driving either a dark-colored Chevy Malibu or a Jeep Trailhawk.

Anyone who recognizes the person or has information on the break-in is asked to call Crime Stoppers — you may rewarded for an anonymous tip.