Vicki Talbert's two sons were murdered three years apart. One of their murders was solved within an year, the other remains unsolved. 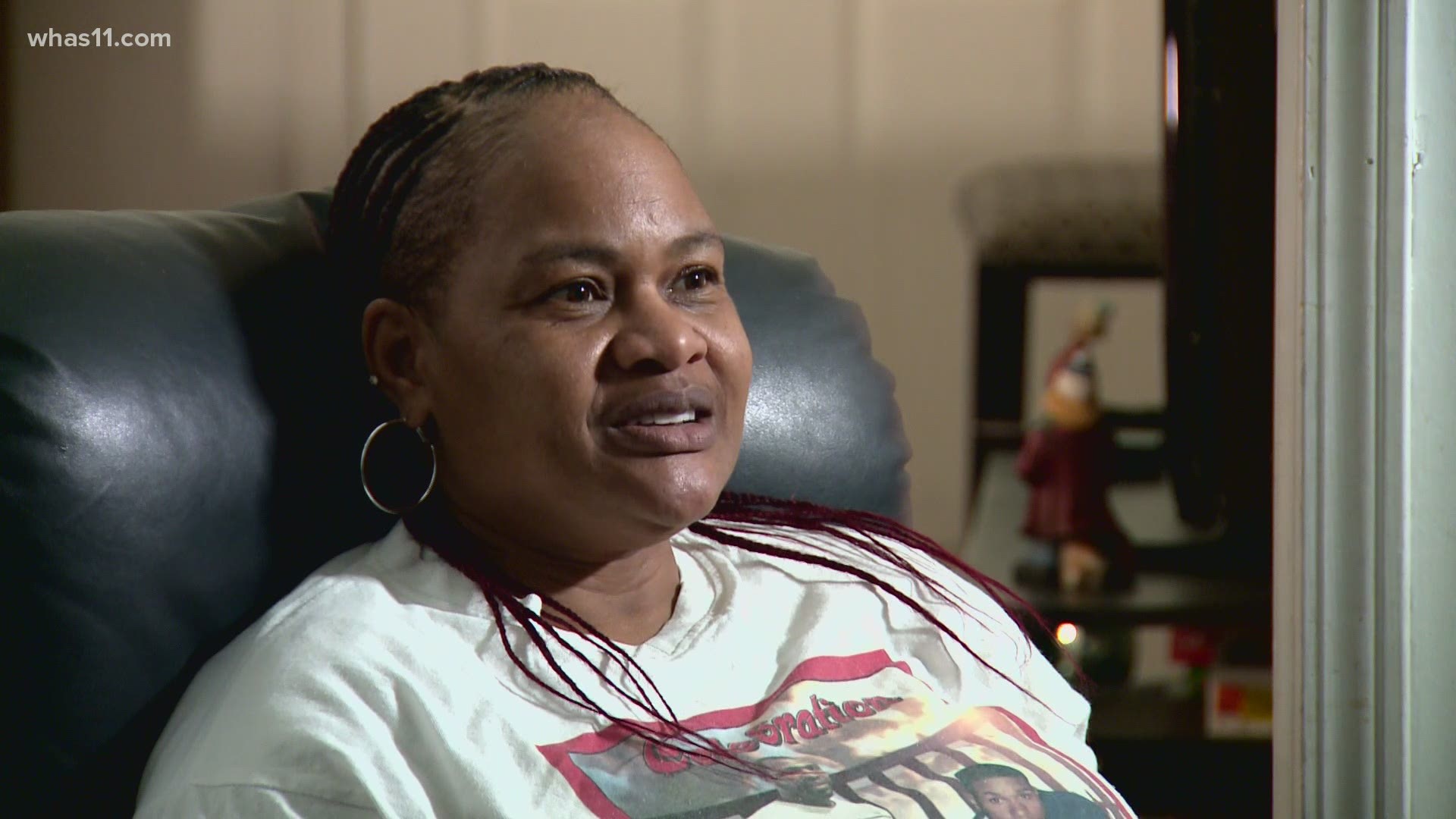 LOUISVILLE, Ky. — It's been more than a decade since Vicki Talbert lost her first son, LaShawn. Three years later, she would unexpectedly experience loss again when her son, Damon, was also murdered.

The brothers, Talbert's oldest sons, were inseparable and had a special relationship with their mother. While Talbert found some solace that LaShawn's murder case was solved within a year, she is still seeking answers in the murder of Damon.

LaShawn, better known to most as 'Shizz,' was murdered at the age of 28 in 2010. His murder was solved within a year.

"When 'Shizz' first got killed, I never thought I'd be going down that road again, burying one of my kids," Talbert said.

But that pain returned three years later after Damon, who was 29 at the time, was murdered on August 9, 2013.

"My son is 6-foot-4, 285 pounds," said Talbert. "And when I got there, his head was in the steering wheel and he had been shot in his face five times."

Talbert was living at 9th and Jefferson St. in 2013. She says a black car pulled into her driveway and someone inside slid over to the passenger seat as Damon climbed into the driver's seat.

She didn't recognize the car or the person inside.

Talbert recalls the moment she received the call that Damon had been shot. She said threw her phone and fell to her knees, crying.

"And when I got over the crime scene I jumped out the car and woke up the whole neighborhood, and said 'Oh my baby,'" said Talbert. "And you could just wring my clothes out, that's how wet I was."

Weeks, months and now years have gone by without an answer in Damon's death.

"I just don't understand," said Talbert. "Nothing. What was that like? Frustrating, I was angry, still angry."

Nearly a decade of disappointment from the deaths of her two sons, Talbert still has a hole in her heart.

"Every holiday, birthdays, it's getting harder and harder," Talbert said.

For now, she waits and will continue to wait, hoping maybe her son's killer will one day come forward.

"Turn yourself in if you're responsible for my son Damon Talbert's murder," said Talbert. "Give me a little closure."

Through all the turmoil and heartache, Talbert finds peace knowing her boys are back together.

"They're rejoicing up there in Heaven," said Talbert. "Cause they up there with my mom, my dad, my auntie."

Damon Talbert was found shot several times in the driver's seat of a black car on 22nd and Burwell August 9, 2013. It's been over seven years since then, but a reliable tip into Crime Stoppers can earn someone $1,000 and can give Talbert the answers she deserves.