Homeowner's surveillance camera captures video of a young black bear in his backyard. 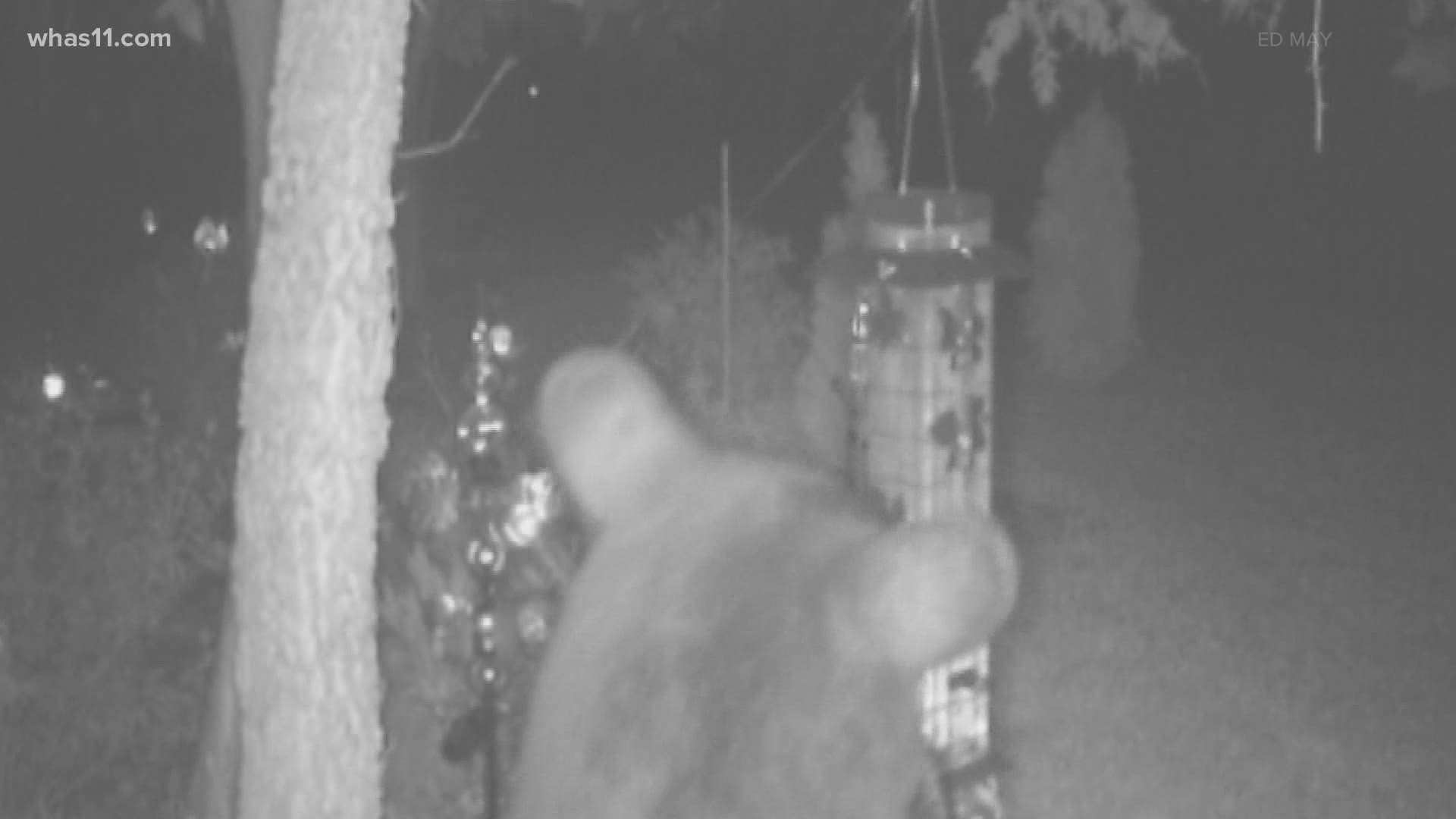 A Kentucky homeowner got quite the surprise after discovering a black bear in his backyard. Edwin May says his trail cam captured video of the bear snacking on a bird feeder in his backyard.

“You know I am a wildlife lover and for me to see that in our backyard, even though I didn’t get to see it personally, but I gotta see it on my trail cam, was exciting for me," May tells WHAS11 News.

May thinks it is the same black bear wandering around in Fern Creek. May says he installed the camera a year ago.

“I put my web cam out because again I am a nature lover and I like to see what comes around, so I check it everyday. I go out and get the card and put it on my computer, and I check what’s coming in during the night and everything else," May says.

May believes the bear took down bird feeders at his neighbor's houses along Fern Creek and Mt. Washington.

“It’s a nice habitat for them, but I don’t think it will stay around,” May says.

There have been no reports of the bear bothering any humans.

He has captured video of raccoons, coyotes and foxes. However, he says he will never forget spotting a bear for the first time in his neighborhood.

“This is amazing to me to have a black bear in our backyard and I caught it on my webcam and I’m going to be able to keep that forever!," an overjoyed May says.

His advice to homeowners who aren't as excited about having a hungry bear in their yard, put up your garbage cans and relocate bird feeders.

WHAS11 News team first learned of the Fern Creek bear last week when another homeowner sent video. The video was from the Glenmary neighborhood of Fern Creek.

Kentucky Fish and Wildlife bear expert John Hast, says that the bear should be moving on shortly, and will possibly return to Eastern Kentucky as the other black bears have done in the past.

Earlier this month, a bear was spotted on the University of Kentucky's campus in Lexington. That bear has now been spotted in Shelby County.

RELATED: What do I do if a I find an abandoned wild baby animal?