'Hey, we found your Jeep on the beach': Owner did not know his SUV was stuck in Dorian waves

Myrtle Beach Police came across an abandoned SUV near the shoreline, and people on the internet couldn't look away. 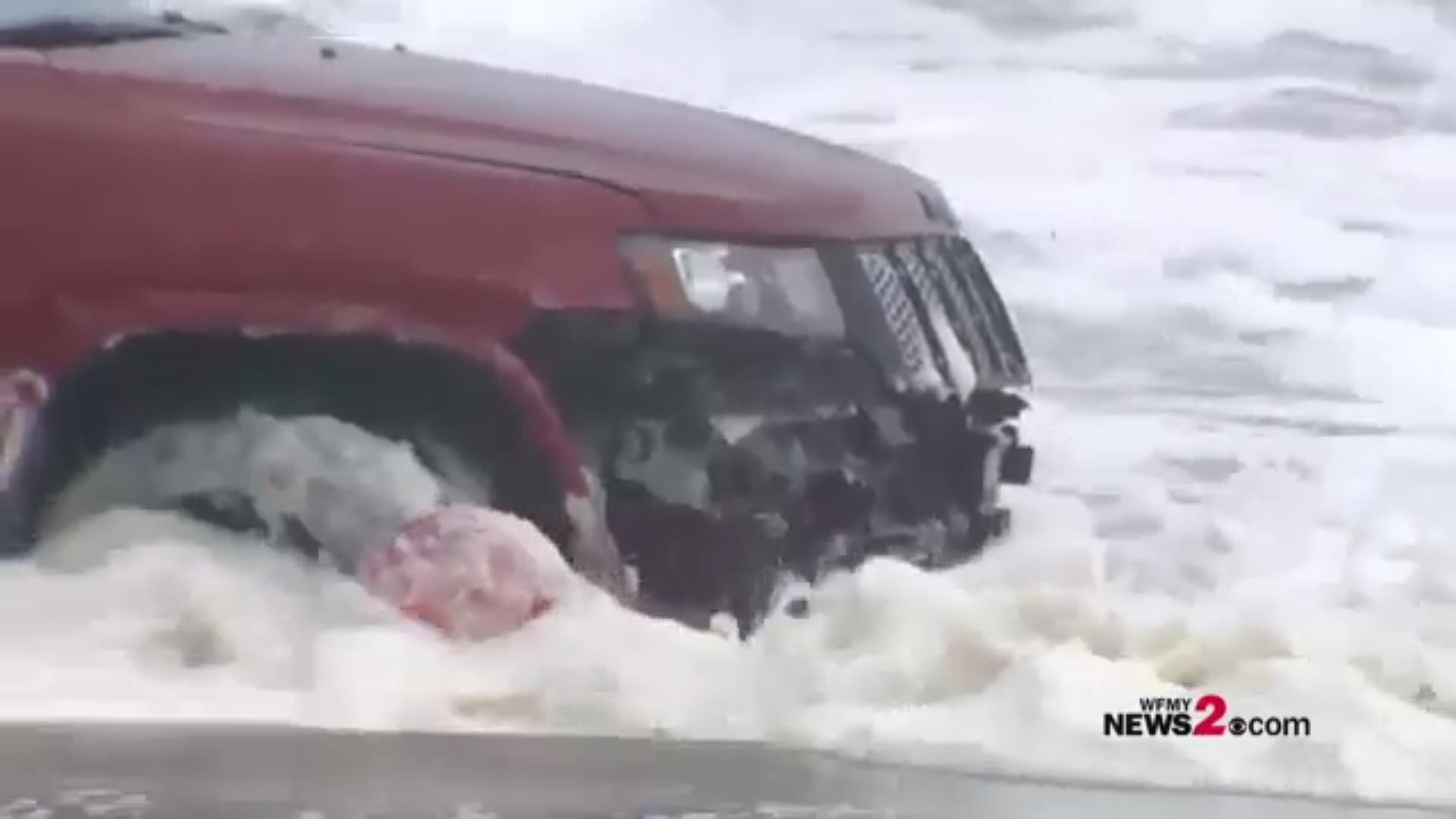 MYRTLE BEACH, S.C. — Video of an SUV abandoned on Myrtle Beach in South Carolina quickly gained the internet's attention on Thursday, and now we know how it got there.

According to WMBF, Myrtle Beach Police came across an abandoned SUV near the shoreline in Myrtle Beach at the height of Hurricane Dorian.

A viewer sent WMBF News a picture of the Jeep.

Police said that someone decided to drive the Jeep out on the beach, WMBF reports. That driver then got stuck and decided to abandon the car.

On Thursday evening, WMBF spoke with the owner of the Jeep who said his cousin borrowed the car and thought it would be a good idea to go to the beach to catch the sunrise before the storm hit.

"I guess there’s that runoff there and he didn’t realize it was in front of him, he was looking out the window when he went off and got stuck," the owner explained.

The owner said his cousin didn't tell him what happened -- until police showed up at his door.

"He avoided me for a good hour or two because he didn’t know what to say and then police actually came to the house. And they said, ‘Hey we found your Jeep on the beach.’ Then I called him and spoke to him and he told me exactly what happened," the owner said.

The owner feared the car was totaled; he said it will be towed on Friday morning.

Meanwhile, the internet had a field day with #JeepWatch.

Someone brought out bagpipes and played "Amazing Grace" at the scene of car's demise.

Others thought the incident would make a good Farmers Insurance commercial.

OTHER STORIES ON WCNC