Pop: Erin wanted him to be nicer, especially to reporters

In a rare instance of Gregg Popovich talking about his wife Erin, he said that she wanted him to be nicer, especially to reporters. 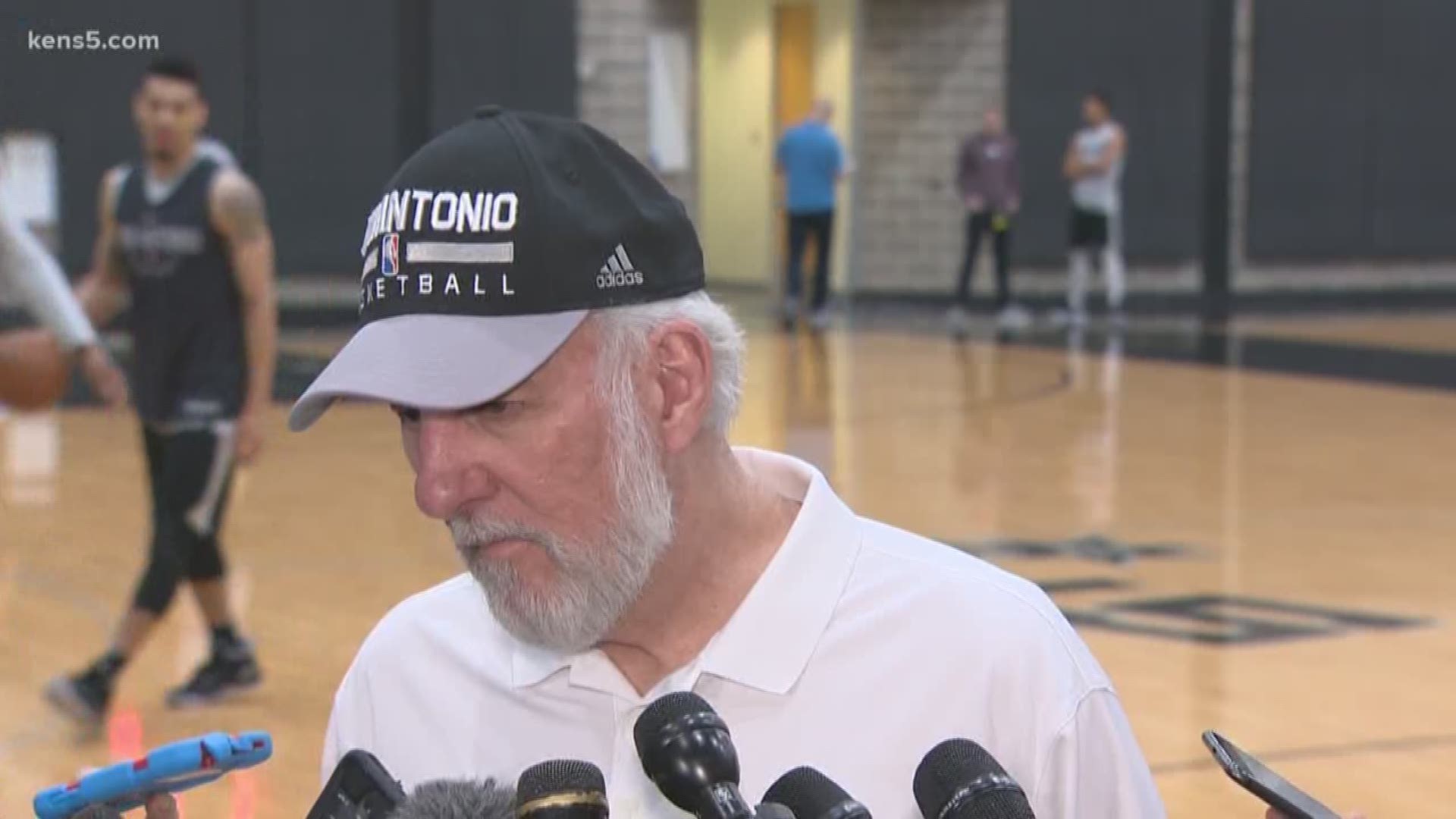 Erin Popovich was rarely pictured and was rarely mentioned by her husband, San Antonio Spurs head coach Gregg Popovich. And yet, Pop is recognized as a caring family man by those who have played for him.

If there’s one thing that Pop is known for it’s for his lack of empathy for the reporters that ask him questions, whom he famously snaps at or gives short, often sarcastic, answers. It’s become his trademark.

But, if you can believe it, his wife empathized with the reporters who have to ask her husband questions. We know because Popovich talked about it during an interview with 790 the Ticket in Miami at the beginning of the 2012 season:

"I know. I'm a jerk. I'm going to go ahead and admit it publicly to the whole world. Tell me what to do. What should I do? The quarter ends, you just got outscored by 12 points, they had eight offensive rebounds so the question will be 'you just got out-rebounded by X amount so what are you going to do about it?' I don't know. Am I going to make a trade during the timeout? I don't know. I'm going to do drills here for a while by the time the game starts, I don't know. I'm not going to do anything. I'm just going to go back to the bench and hope we play better. It entertains everybody but my wife. When I get home and she says 'geez why are you so mean? You're a jerk, people hate you.' I go I'm sorry honey, I have to do better next time."

"And there's no exaggeration. Did you see that guy honey? Did you see him? All you have to do is see him and you know why I answered the way I did. (She says) 'That's no excuse, you're a grown man. Show some maturity.' I said 'I can't, I can't do it."