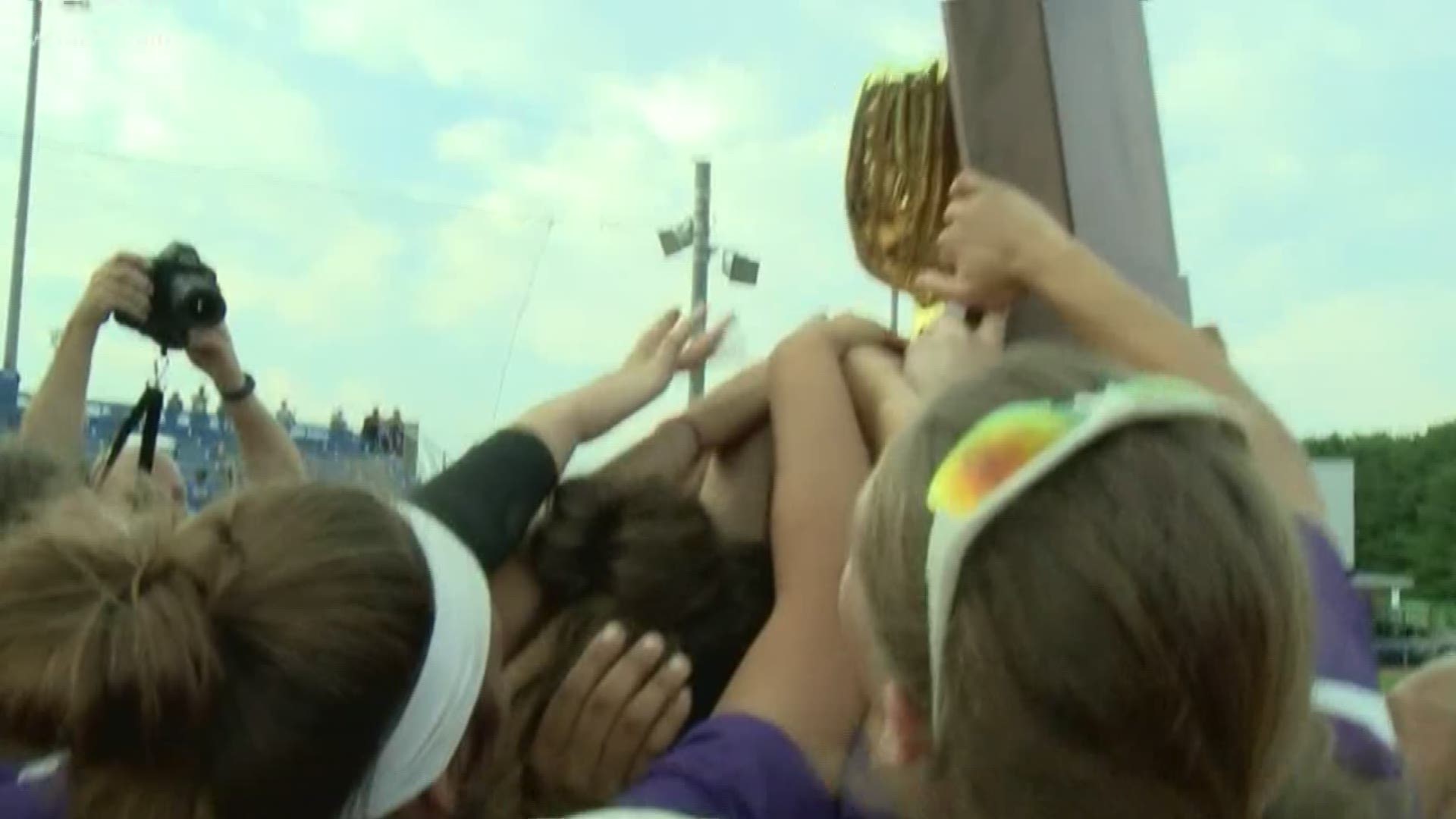 The Male Bulldogs not only won the state championship, but became only the second undefeated softball champion in Kentucky high school history.

While their season ended without losses, the Bulldogs faced a formidable foe in Warren East during the championship game, trailing the Lady Raiders 1-0 in the fifth inning before Jaelyn Sanders and Megan Lenhart drove in two runs to give Male the lead.

"We get down 1-nothing, great pitcher in the circle and they just responded.... my kids took a couple punches today and they just punched right back," Coach Josh Bloomer said.

In the next inning, Sanders smacked a three-run double that, with the help of an error, gave Male a 6-1 lead. The Bulldogs would hold on to that lead, winning the title and keeping their perfect 39-0 season intact.

"They had the opportunity to fold and they didn't—just showed their character," Bloomer said. "We've talked all year about competing through adversity, just competing because that's what you do in life."