The ACC won't sell tickets to the public for men's or women's games set for March at the Greensboro Coliseum. 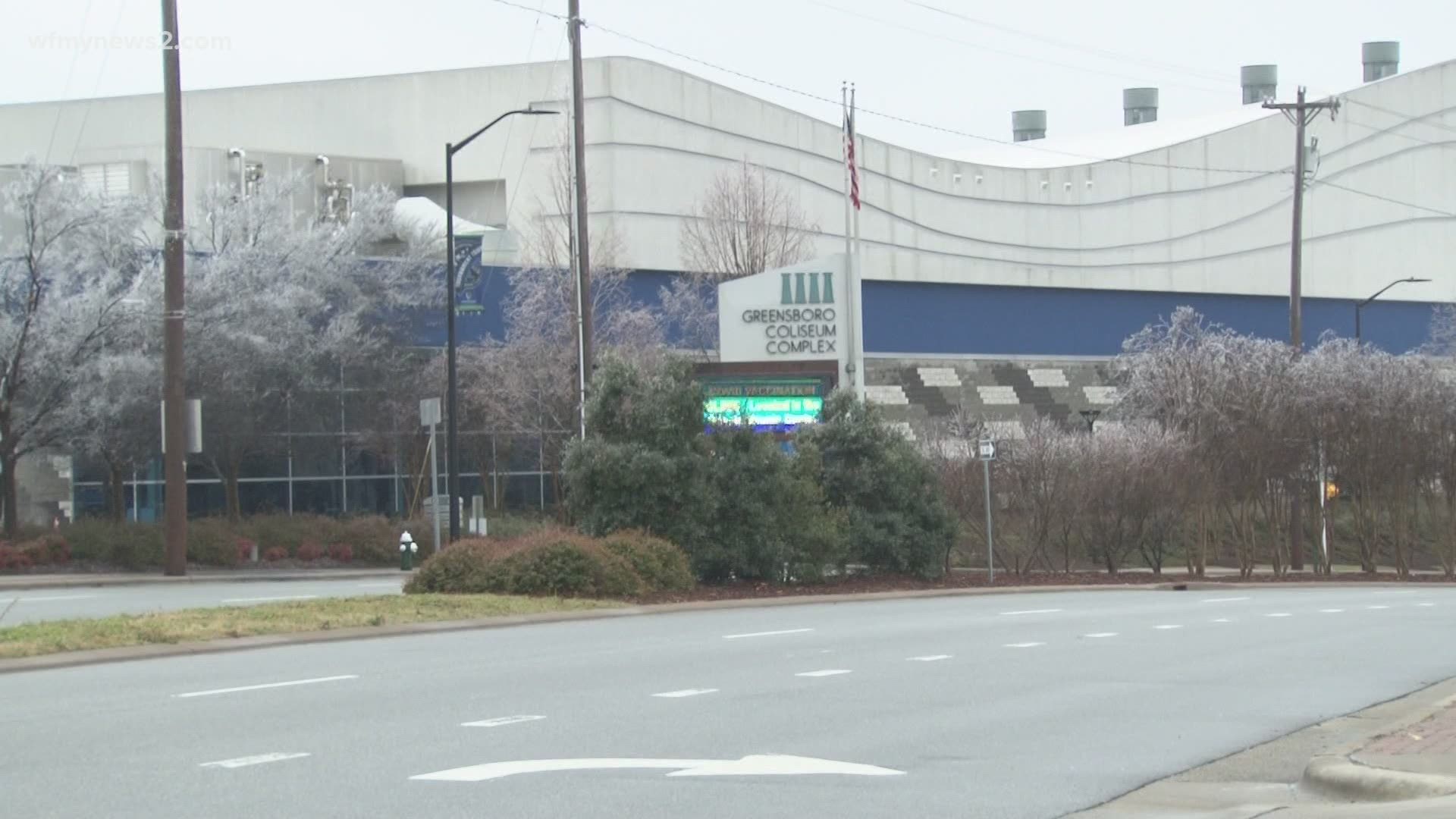 GREENSBORO, N.C. — The Atlantic Coast Conference announced Thursday that tickets will not be sold to the public for the men's and women's basketball tournaments set to be played in March at the Greensboro Coliseum.

Admission will be limited to family and guests of the teams. The ACC said the decision to have no fans in the stands is based on current North Carolina state guidelines for the coronavirus pandemic.

Business owners aren't surprised by the move but are taking a positive approach.

"We were somewhat anticipating, even before this, that there wouldn’t be fans there. This may sound silly, but I’m excited there’s gonna be family and more than just the teams here,' said Craver Stamey.

Stamey is the general manager at Stamey's Barbecue in Greensboro. He said limited family and guests at the tournament are better than nobody and no tournament at all.

"Anyone in the Coliseum is better than nobody so we're happy to have the ACC tournament here and people's families because hopefully, they need to eat some good North Carolina barbecue, too," he said.

President and CEO of Greensboro Area Convention and Visitors Bureau Henri Fourrier said having a tournament with limited guests is a way of inching forward in the pandemic.

"When we found out way back when that the women’s tournament was definitely going to go on and they moved the men’s tournament to Greensboro, we all kind of expected it was going to be without fans," Fourrier said.

Fourrier remembers when the ACC tournament was canceled halfway through last year as COVID-19 started to spread.

"We were on a roll. We had so much hospitality going on and a big opportunity. Wednesday we got the news that they were gonna finish the tournament with no fans and were all like, 'Oh man!' and then by Thursday morning it had been cancelled so it was just like you can’t believe it, and here we are a year later and we're still in this mess," said Fourrier.

Fourrier said to date, the Greensboro area has taken a $200 million economic hit when it comes to money generated through events and visitation, and while Fourrier said its nearly impossible to make up for that lost time, Greensboro has to keep pushing forward.

The ACC said it will continue to follow safety protocols as outlined by the ACC’s Medical Advisory Report.

If the state eases restrictions, the league said it will consider those changes while planning for the tournament.