The puppy got a clean bill of health after it was rescued. 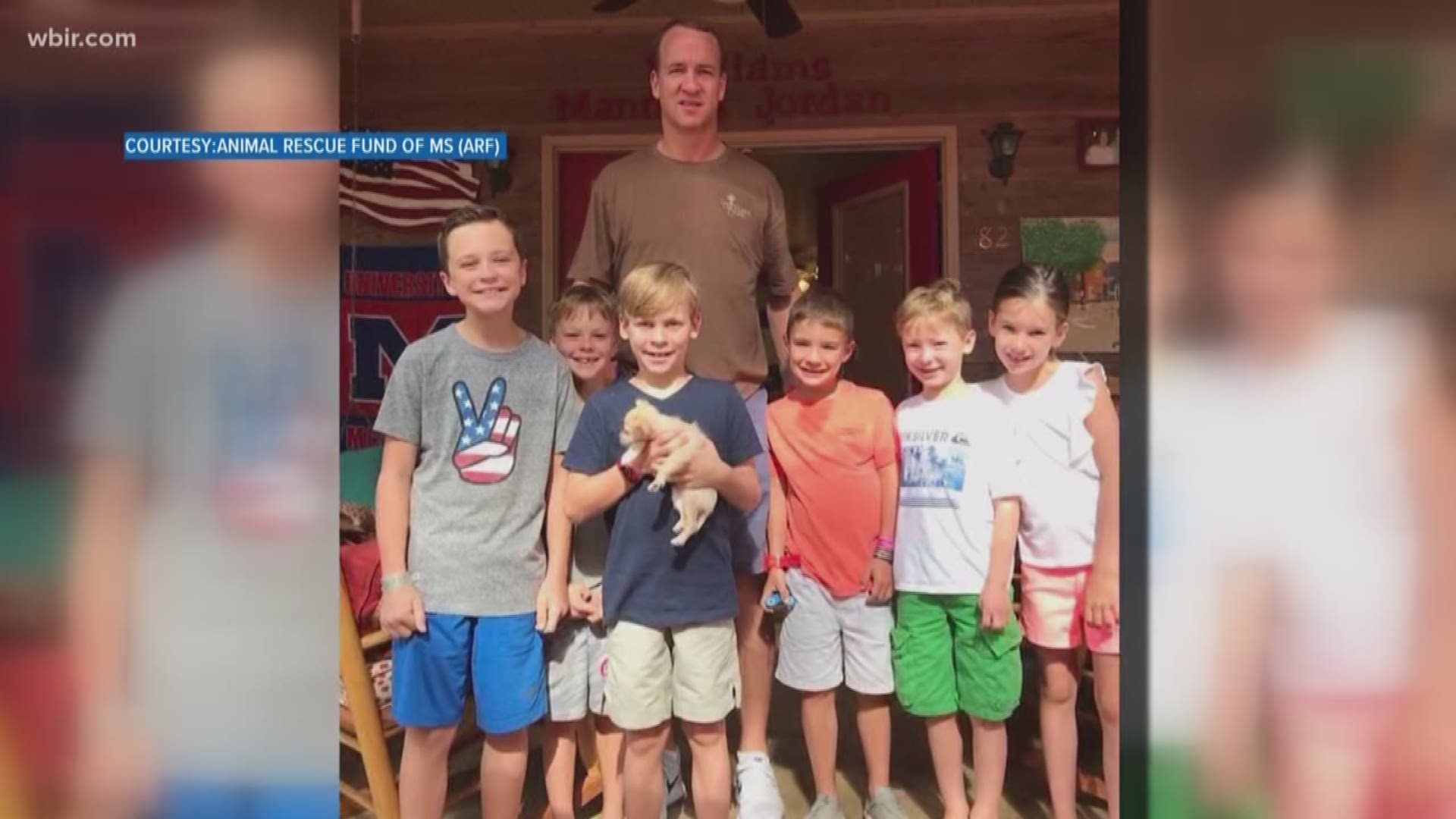 Thanks to the family of future NFL Hall of Famer Peyton Manning, a puppy rescued this week at the Neshoba County Fair will be going to a good home.

According to a report by WAPT, the 10-week-old pup was found by Elizabeth Jackson, with the Animal Rescue Fund while she was at the fair. When she found the puppy, Jackson said it was covered in fleas and infected with intestinal parasites.

A trip to the veterinarian and a meal later, the puppy was returned to a cabin at the county fair, where she met the family of Peyton Manning's mother, which happened to occupy the cabin next door.

Ashley Manning adopted the pup after it got a clean bill of health.