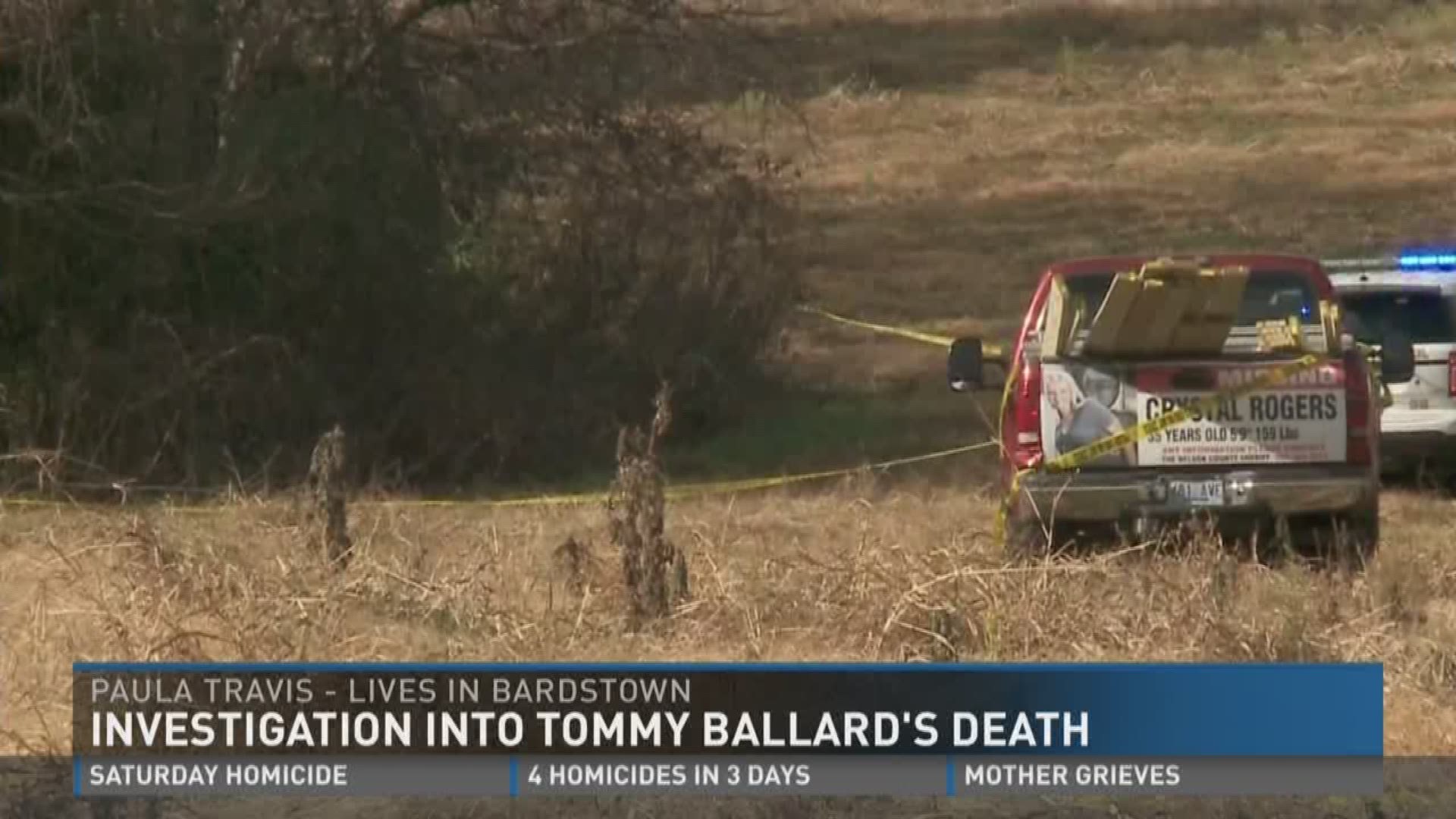 LOUISVILLE, Ky. (WHAS11) –WHAS11 News has learned Tommy Ballard was shot in the chest and the bullet exited his back, according to the Nelson County Coroner Rayfield Houghlin.

Ballard is the father of missing Bardstown woman, Crystal Rogers. Kentucky State Police confirmed he was shot and killed while hunting on his property in Nelson County Saturday.

Houghlin said Ballard only had one gunshot wound, but told WHAS11 everything will be confirmed after the autopsy is complete.

Ballard’s body was sent to Louisville to the Medical Examiner’s office for further tests. The autopsy is expected to be completed Sunday.

Sunday afternoon, family and friends got to walk the field where he was shot and killed. It was the first time they were allowed back on the property since everything happened.

Just like Saturday, dozens of cars full of friends and loved ones came to the property to show their support. As they walked through the field, many stopped at certain parts just to look around and hold one another.

A lot of people also made it a point to walk through the brush and wooded parts of the property that line the field where Ballard was killed. Those woods sit just along the Bluegrass Parkway, and investigators could be seen taking pictures along the road Saturday afternoon.

There were also lots of hugs and tears for this is a loss that is still so hard to grasp. Ballard's sister said everyone has been asking what they can do for the family and how they can help. Her answer is one she knows can't happen, but wishes so badly it could. That is to bring her brother back.

Funeral arrangements for Ballard have not yet been announced