Pompeo talks policy, not impeachment, at U of L speech

U.S. Secretary of State Mike Pompeo addressed the McConnell Scholars at the University of Louisville. 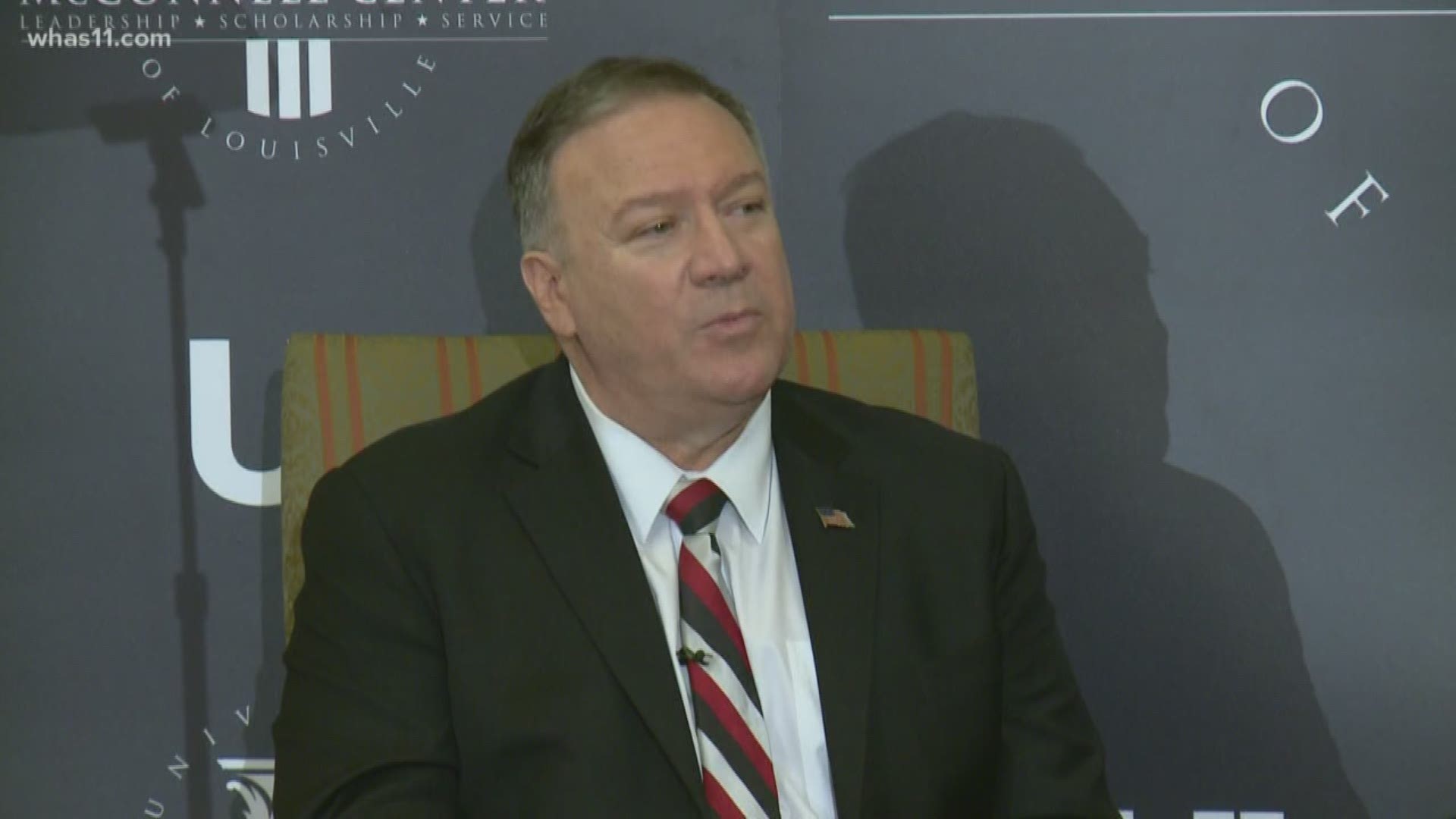 LOUISVILLE, Ky. — He's the point-person on U.S. foreign policy, a key figure in the Trump impeachment hearings and twice lived at Fort Knox. Monday, US Secretary of State Mike Pompeo was at the University of Louisville to address McConnell Scholars.

Inside the University Club, questions for Secretary Pompeo came only from Leader McConnell. None of those questions focused on the impeachment hearings or questions about any role the Secretary of State may have played in connecting Rudy Giuliani to officials in Ukraine.

On his way out of the University Club, he turned and looked but did not respond to my request to answer questions.

Inside, the questions focused on foreign policy such as dealing with Iran, China and Venezuela.

The closest he came to broaching any subject remotely connected to the impeachment was when Secretary Pompeo mentioned the challenges of NATO.

He left the University of Louisville to board a direct flight for NATO meetings in London. Authorities had taped off an area across the from the University club for protestors to assemble. None were there before the speech but as Secretary Pompeo left, three stood in the cold holding signs demanding he testify in the impeachment hearings.

RELATED | Pompeo: Impeachment work should pause while Trump is abroad