The signs mention Brooks Houck, a named suspect in the disappearance of Crystal Rogers. 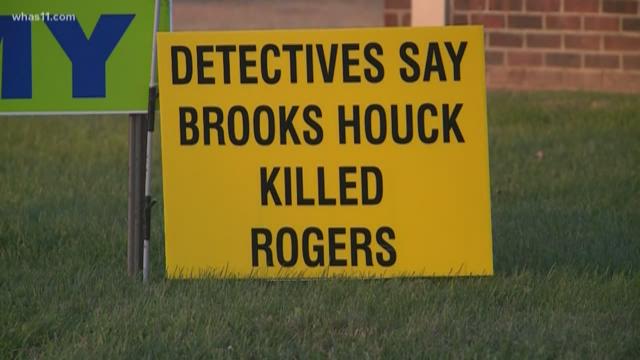 LOUISVILLE, Ky. (WHAS11) – It was one year ago when Tommy Ballard was shot and killed on a hunting trip and officials are still unable to identify the person responsible for his death.

Ballard’s daughter, Crystal Rogers, was a mother of five who disappeared in July 2015.

He was very active in searching for answers in his daughter’s disappearance, which has also remained unsolved.

Family and friends say it’s important not to give up searching for answers in both his and his daughter’s cases.

Mysterious signs have been planted in Bardstown pointing the finger at Brooks Houck, Rogers’ boyfriend at the time of her disappearance.

Officials had named Houcks as the primary suspect in the case but no charges were ever filed.

A vigil is expected to be held Sunday evening to remember Ballard.

Kentucky State Police are still investigating his death and his family is still looking for help.

They have increased the reward for answers in his case, which is now at $20,000.