Raegan Blagdon is still recovering after seven weeks in the hospital. Savannah Brann is facing assault and child endangerment charges. 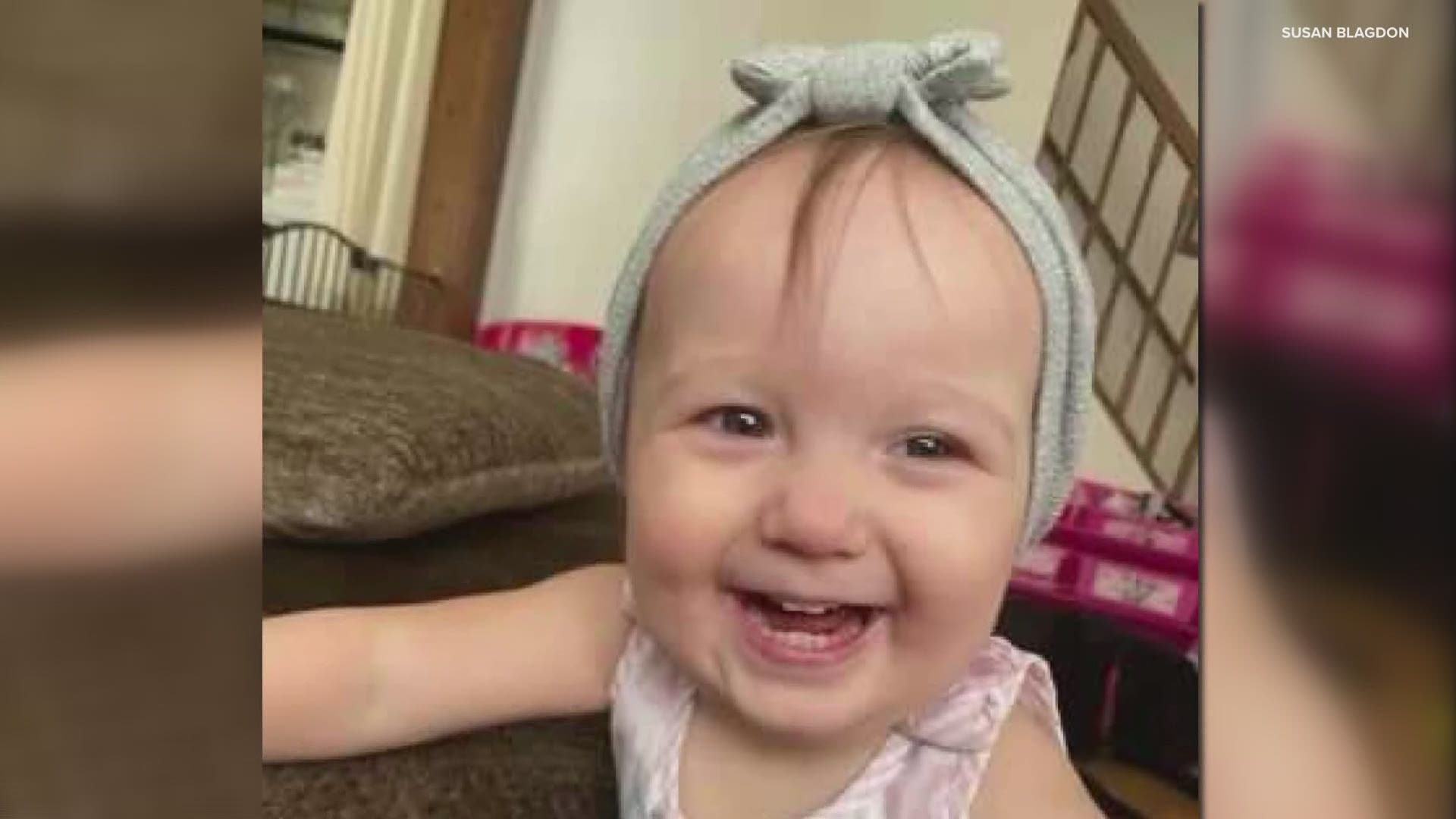 WINDSOR, Maine — The owner of a home daycare in Windsor is facing several charges, including assault, after a baby ended up unconscious in her care.

Savannah Brann is charged with aggravated assault, assault on a child less than six years old, and endangering the welfare of a child.

According to court documents obtained by NEWS CENTER Maine, 19-month-old Reagan Blagdon was found face down and unresponsive during nap time at the Lil Beans Daycare last month.

She said the now 20-month-old is still recovering from a traumatic brain injury due to lack of oxygen.

Susan Blagdon and her husband John spoke to NEWS CENTER Maine on behalf of Raegan's parents who are by their daughter's side in a recovery center in Boston.

They said the little girl is slowly regaining strength, learning to eat, crawl, and talk again, but they say she has not yet regained her sight.

"We want to know what happened," John Blagdon said. "Nobody expects their child or grandchild to the babysitters and get that phone call."

TONIGHT AT 6: This baby from Windsor is recovering from a traumatic brain injury stemming from an accident at a day care. The woman who owns the day care is now facing several charges, including assault. Catch my interview with the family only on @NEWSCENTERmaine. pic.twitter.com/4NZGEhVIXd

An investigation by the Maine Department of Health and Human Services revealed Brann claimed she could not get the baby to nap so tightly swaddled her in a blanket and put her in a separate room away from the other kids.

When she noticed she was sleeping for nearly three hours, longer than usual, she checked on her, and found her unconscious and reportedly performed CPR to revive her until emergency crews arrived.

A child abuse doctor determined Raegan's injuries were consistent with "asphyxia due to a dangerous sleeping situation and inappropriate restraint."

Brann’s attorney, Stephen Sweatt, said his client was not available for an interview but released the following statement:

“What happened is a tragedy, there is no doubt about that. But my client has dedicated her life to taking care of children. She loves children. She is heavily involved in her church and community and has overwhelming community support. My client is young, has never been arrested, and has never been in trouble with the law. She maintains her innocence to the charges that have been brought against her."

A GoFundMe page for the family has raised more than $11,000 so far using the slogan "Raegan Strong."

The Blagdons say they just want someone to be held accountable for what happened.

"It should not happen and we just need to make sure it doesn't happen again," Susan Blagdon said.

Brann is now out on bail. She is set to make her first court appearance on May 24.