Louisville police find $100,000 worth of meth inside air fryer

Police say they have questions after a shipment of meth was found inside an air fryer headed to a home in southern Jefferson County. 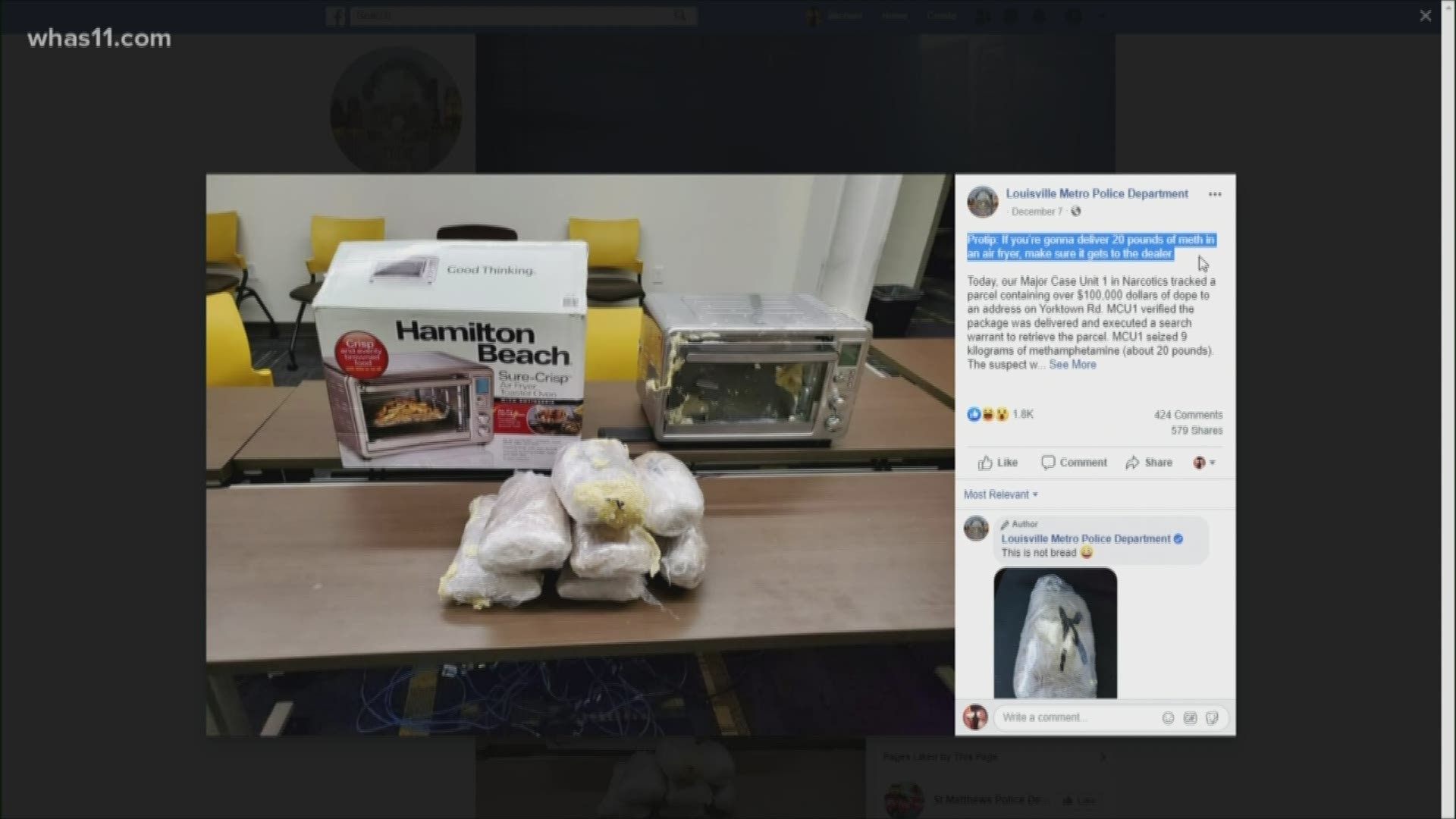 LOUISVILLE, Ky. — Authorities are investigating after an apparent shipment of meth was found inside an air fryer.

In a post on Facebook, Louisville Metro Police said their Major Case Unit 1 in Narcotics located the parcel containing the $100,000 worth of meth that was headed to an address on Yorktown Road.

They say the package was delivered to the location and police executed a search warrant to retrieve it.

Inside the air fryer, they seized about 20 pounds of meth.

Police said the alleged suspect wasn’t at home at the time but called him out in their post.

Louisville Metro Police Department
Protip: If you're gonna deliver 20 pounds of meth in an air fryer, m... ake sure it gets to the dealer. Today, our Major Case Unit 1 in Narcotics tracked a parcel containing over $100,000 dollars of dope to an address on Yorktown Rd.

“On blast….Hey, Mr. Sergio Figueroa, if you want your dope, call LMPD.”

Police say they’re not done and the investigation is ongoing.