Matthew Heimbach arrested and charged with assault at his Paoli home. 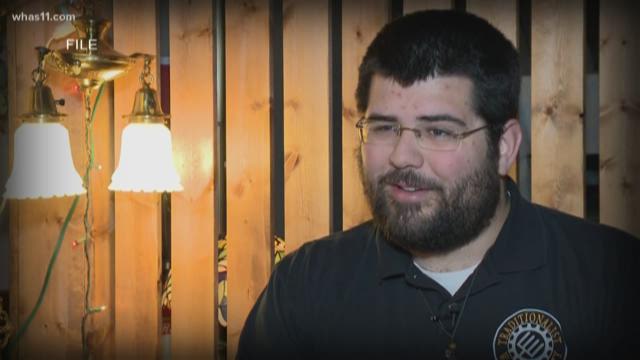 PAOLI, Ind. (WHAS11) – A local man at the center of white nationalist controversy is in jail in Orange County, IN. Matthew Heimbach is facing four charges, including assault.

Controversy has surrounded his career, as a prominent leader in the white nationalist movement, Heimbach has participated in rallies and protests across the country.

He's the founder of the Traditionalist Worker Party, which is based in Orange County, Indiana.

Two years ago Heimbach was arrested in Louisville and convicted of disorderly conduct at a Trump campaign rally.

Monday night, his personal life was thrust into the public eye when police were called to a Paoli Walmart and their investigation led to Heimbach's home.

According to court documents, the incident started on the Paoli property where Heimbach lives with his family and other members of the Traditionalist Worker Party.

Arrest records report Heimbach assaulted his wife's stepfather Matt Parrott. The papers detail the two had gotten in an argument over an affair.

Parrott told police he ran to Walmart for safety and called 911.

Standing outside Heimbach's home, the officer said she heard Heimbach raise his voice at his wife, then she heard scuffling.

When the officer went inside the home, she said she learned Heimbach had attacked his wife; pushing her and grabbing her face. Their two young children watched the scene unfold.

The officer arrested Heimbach at his home and took him to the Orange County Jail.

Heimbach faces four charges including strangulation, intimidation, battery and domestic battery committed in the presence of a child.