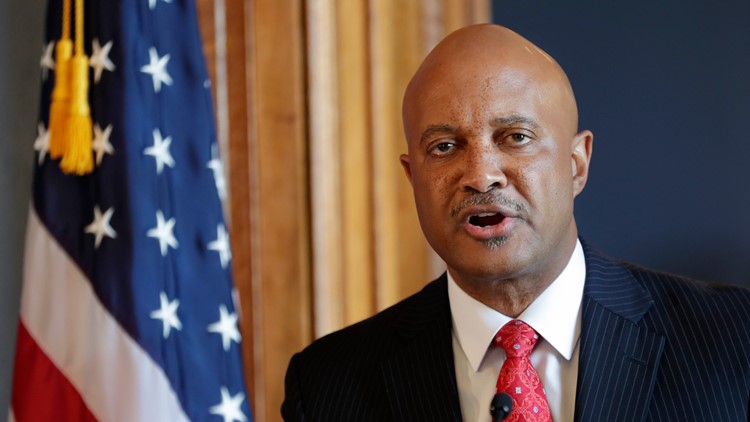 Photo by: AP
Indiana Attorney General Curtis Hill speaks during a news conference at the Statehouse in Indianapolis, Monday, July 9, 2018. Hill is rejecting calls to resign, saying his name "has been dragged through the gutter" amid allegations that he inappropriately touched a lawmaker and several other women. The Republican said during the news conference that he stands "falsely and publicly accused of abhorrent behavior." (AP Photo/Michael Conroy)

A state lawmaker and three legislative staffers sued Hill and the state of Indiana last month over his alleged groping of them at an Indianapolis bar during a party marking the end of last year's legislative session.

The House and Senate aren't named in the lawsuit but The Journal Gazette reports the chambers' leaders have hired Indianapolis attorney Susan Zoeller to represent their interests because they're seeking to intervene in that complaint.