Sales of a custom-made mug will go toward Kentucky Refugee Ministries, whose youth soccer program serves kids from around the world 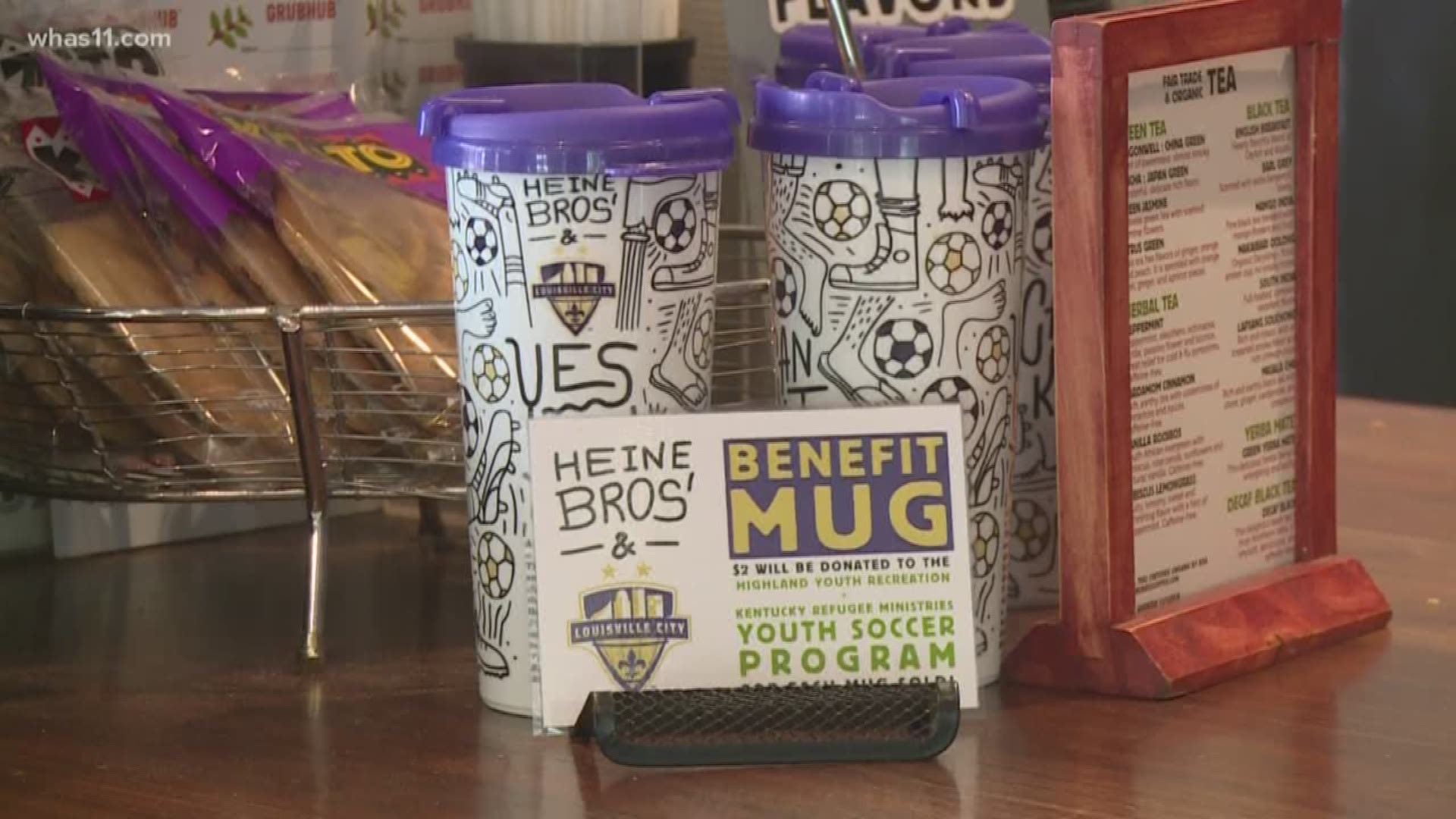 The soccer program is part of the Highland Youth Recreation league and serves as an opportunity to help newly relocated international families integrate with the Louisville community through a sport popular across the globe.

Since 2017, the Highland Youth Recreation league has partnered with Kentucky Refugee Ministries to enable KRM players to play, and now Louisville City FC and Heine Brothers' are joining the cause.

A custom, reusable mug bearing the Louisville City colors and a soccer theme is now available for purchase at Heine Brothers’ locations across Louisville. Each mug is $7, with $2 from each purchase going toward the KRM soccer program.

Mike Mays, the Co-Founder and President of Heine Brother’s Coffee, said the partnership was a personal one.

“My kids played at HYR soccer, I coached at HYR soccer, and it’s really exciting to know that they’ve partnered with Kentucky Refugee Ministries,” Mays said. “It makes me really proud to be part of this program.”

The money will help pay for scholarships for kids to participate, supply them with equipment and help pay for transportation to get kids to and from games.

Adrienne Eisenmenger, the Family and Youth Services Program Manager at Kentucky Refugee Ministries, said while the current fundraising effort is new, both Heine Brothers' and Louisville City FC have been involved with KRM for years.

“Heine Brothers’ has been a long-term supporter of KRM, from giving us coffee for events to sending us volunteers,” Eisenmenger said. “And then Louisville City, about four years ago, they started partnering with us, giving us free tickets and this season’s been incredible. They’ve sent some players out about once a week to practices, so they’re engaging not only with our players but all players in the league.”

Eisenmenger hopes the funds raised from mug sales will also help KRM include more kids in the program. During their first season in 2017 KRM had 20 to 25 players participating in the program, but that number has grown to 50, with the waiting list for new players growing by the day. Currently the KRM team, which has players from immigrant and refugee families representing around 10 countries, makes up about 10% of the Highland Youth Recreation league.

Eisenmenger said the success of the program is a credit to the support they’ve gotten from people and organizations across Louisville.

“This work wouldn’t be possible without [Highland Community Ministries], you know HYR partnering with us, without Heine Brothers’, without Louisville City as well as a host of volunteers who spend time driving, supporting, donating gear—it really is a community effort to make this happen.”

Mugs can also be purchased at the Louisville City team shop or at matches and will include a coupon for a free drink at any Heine Brothers’ location.