Dog with two legs an inspiration for local amputees

The pup may only have two legs, but he hasn't let that slow him down. 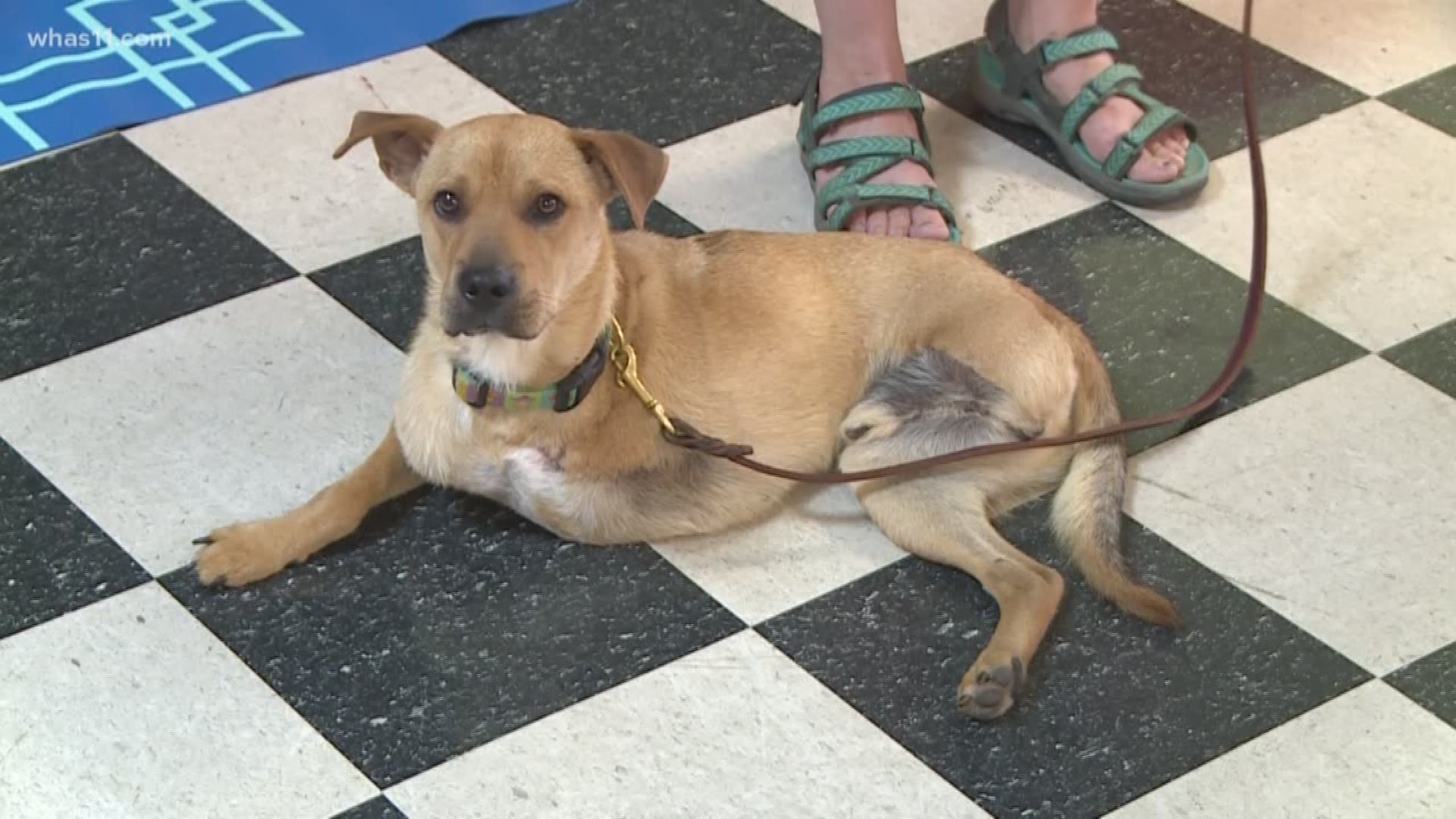 Louisville, KY — Meet Deuce, a dog from the Camp Jean Animal Rescue. He's become kind of a celebrity as he is making a difference in our community.

The pup may only have two legs, but he hasn't let that slow him down.

Saturday, the Movie Forward Limb Loss Support Group held a pie and ice cream social with Deuce as their guest of honor and a reminder to never give up hope.

No one can believe he only has two legs. I've been contacted many many times talking about what an inspiration he is for anyone going through a difficult time. - Jean Gibowski, Founder

This event was also a fundraiser for the Camp Jean Animal Rescue which specializes in helping special needs animals.