The city is collaborating with a local artist to do the Move Louisville 2035 initiative. 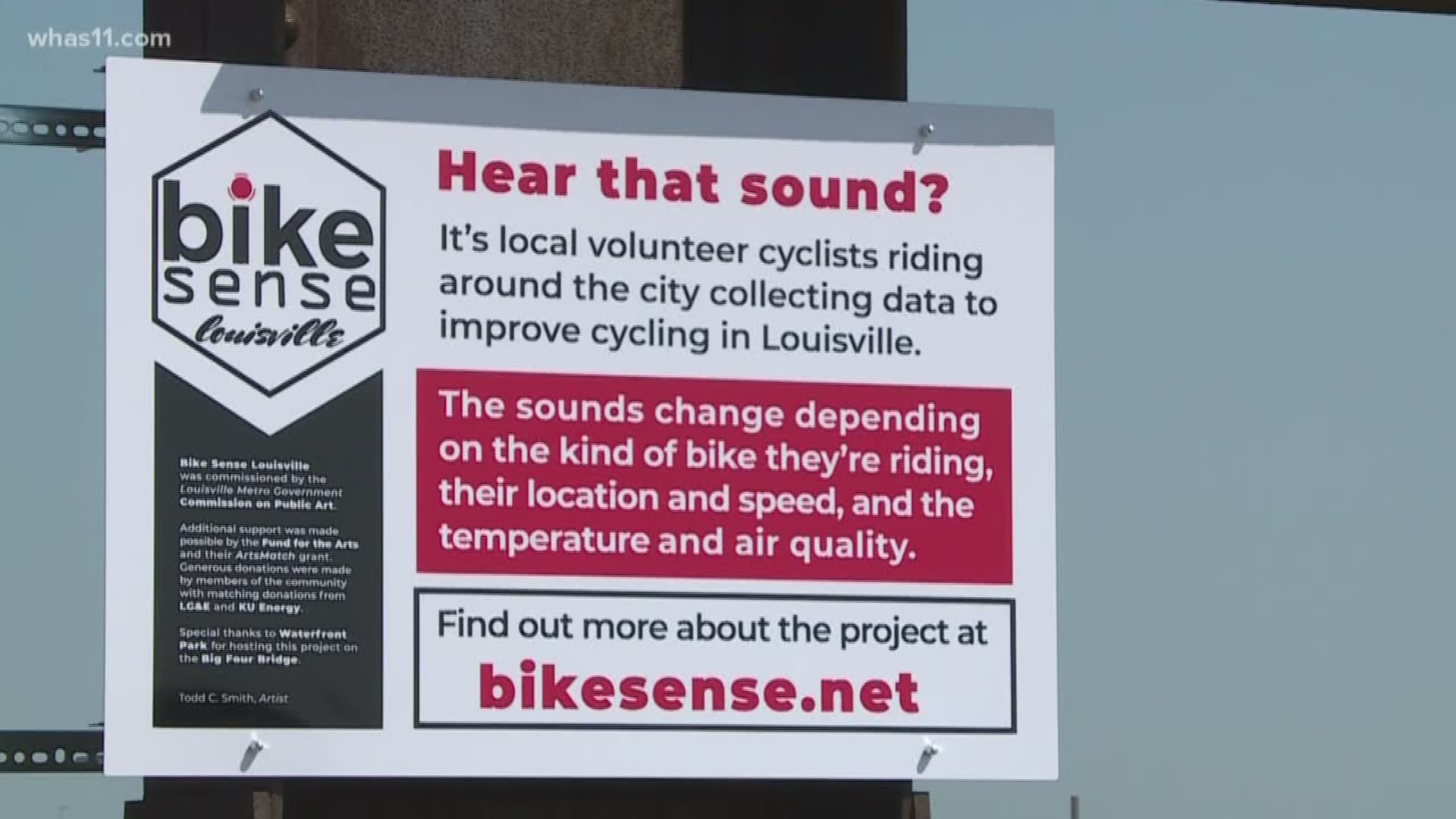 LOUISVILLE, Ky. — (WHAS11) -- Louisville Metro is tracking cyclists while also creating an artistic way to get the community involved.

The city is collaborating with a local artist to do the Move Louisville 2035 initiative.

The city has asked 100 cyclists to take the road less traveled and they're merging music with riding for this art program.

The classical music was replaced July 27 with wind-chime-like sounds from volunteers who are riding around the city.

The music is connected through a SIM card that sends a signal in real-time. Every cyclist is given a sensor unit bottle and with every turn of the wheel, a new tune plays.

Artist Todd Smith is the man behind this creation. Different factors will affect what the music sounds like, such as air quality and temperature, but each rider will have a unique three-note chord.

Smith says he wants everyone from mountain bikers, road cyclists and commuters to join in.

The sensors also track the cyclists and that information will help make Louisville more accessible to all kinds of transportation.

"I think it'll be cool to go up there and ride along and hear my little dinging sound."

It took Smith a couple of years to finalize the technology. After months of preparation, the artist says he knows what he wants it to sound like but doesn't really know what the final product will be until the sensors are handed out and people get riding.

The project was officially unveiled on Wednesday, September 4.

During a ceremony at the Big Four Bridge, Mayor Greg Fischer said the Bike Sense project "encompasses our city’s core values of lifelong learning and health by incorporating science and exercise into public art."

They have enough volunteers at the moment, but you can still sign up to be on their waiting list here.